The climate and living habits are different in the south and the north. I remember the first time I went to the northern vegetable market to buy lettuce and asked the other party to help peel it, but the boss told me not to peel it, which made me feel very wronged , that they are bullying me, a southerner. After living for a while, I learned that it is impossible for people in the north to peel vegetables for you. Unlike the vegetable markets in the south, the boss will answer whatever you ask for. Even if you buy meat for five yuan, you can ask the boss to chop it up. Yes, this is the difference between the South and the North. 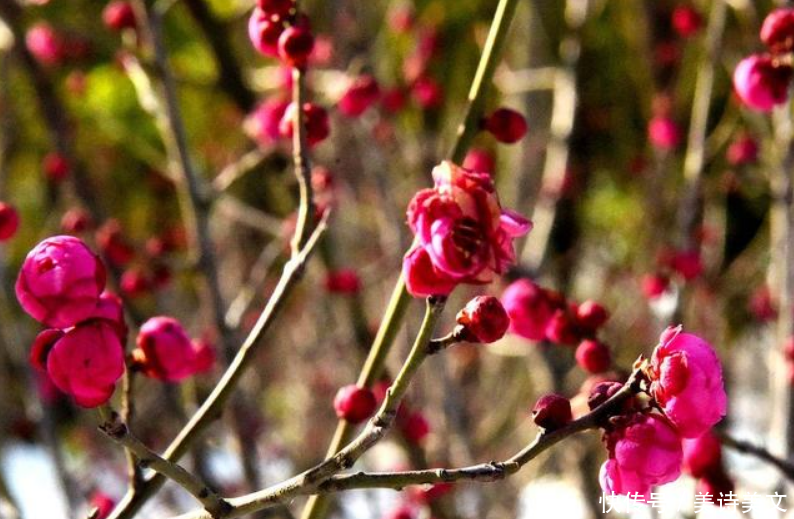 The ancient south was the economic center. At that time, Jiangnan talents were famous all over the world, and the imperial examination was also in the south. Among the talents, there are many jinshi, and in the end, there is really no other way, so they have to be divided into the southern list and the northern list. In fact, in many ways, the South is different from the North. I was even more surprised when I read the poem last night. In his poem “Red Plum”, Wang Anshi actually wrote that the northerners didn’t know Hongmei, and they regarded it as an apricot flower, which was really surprising. 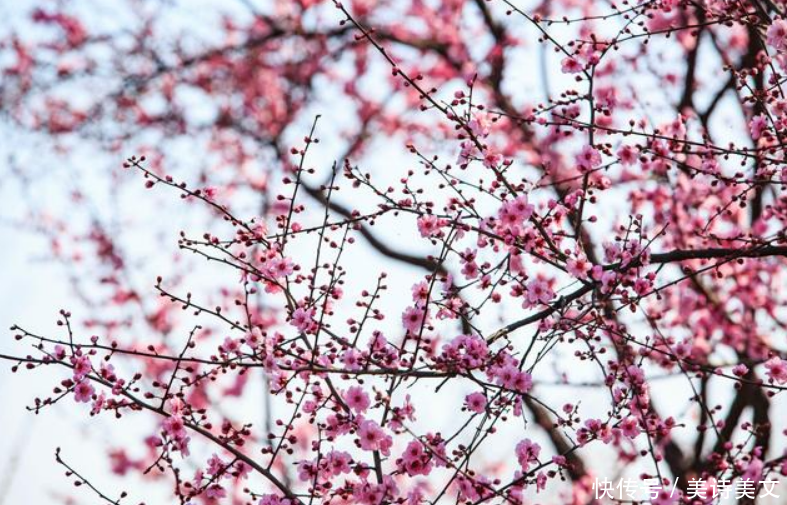 It only blooms in spring, so it should not be cold-resistant.

Beijing people didn’t know each other at first, so they looked at apricot flowers.

Wang Anshi is from Linchuan, Jiangxi. He is an authentic southerner and a genius in the south of the Yangtze River. He is very familiar with the customs and scenery of the south, but when he arrived in the north, he found that the northerners were not Knowing Hongmei, I also regard this red plum as apricot flower. It can be seen that the northerners at that time did not recognize Hongmei. This incident also made Wang Anshi feel very strange, so he wrote such an interesting poem on purpose. 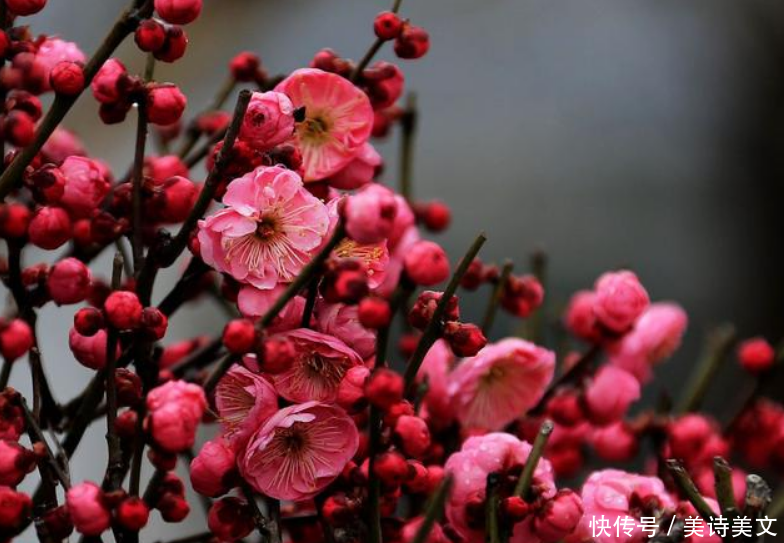 Red plum is a kind of plum blossom, which can be seen everywhere in the south, whenever it is winter or early spring In season, it blooms gorgeous flowers and exudes a charming fragrance. In fact, in terms of appearance, it really looks like apricot blossoms, but the red plum has a brighter color and a stronger aroma. It may be because there is no red plum in the north, so people will mistake it for apricot blossoms.

The shape of apricot flowers is actually different. Although they are somewhat similar, the flowering period is different. They bloom between March and April every year, and the plum blossoms have already withered at this time. And the fragrance of apricot blossoms is different, it is not as elegant as plum blossoms, and the flowering period is also very short, only one week. It should be said that the red plum and apricot flowers are different, and people can tell them at a glance. Perhaps, as mentioned earlier, there is no red plum in the north, and people have always confused these two flowers. 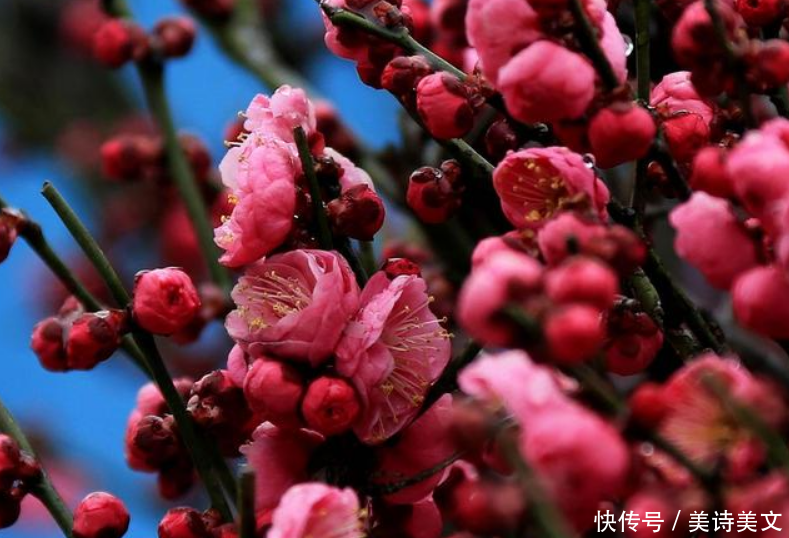 Wang Anshi also wrote very clearly in this poem that the red plum blossoms are halfway through spring, It will produce gorgeous flowers, which is different from other types of plums, and the red plum is not as cold-resistant as other plums, which is also different. But for northerners, they didn’t know or recognize this kind of flower at the beginning, they thought it was just apricot blossoms, so they also regarded red plums as apricot flowers. It can be seen that Wang Anshi’s observation of things is very detailed, and his writing is vivid. In such a short sentence, this poem is described in a poetic way. 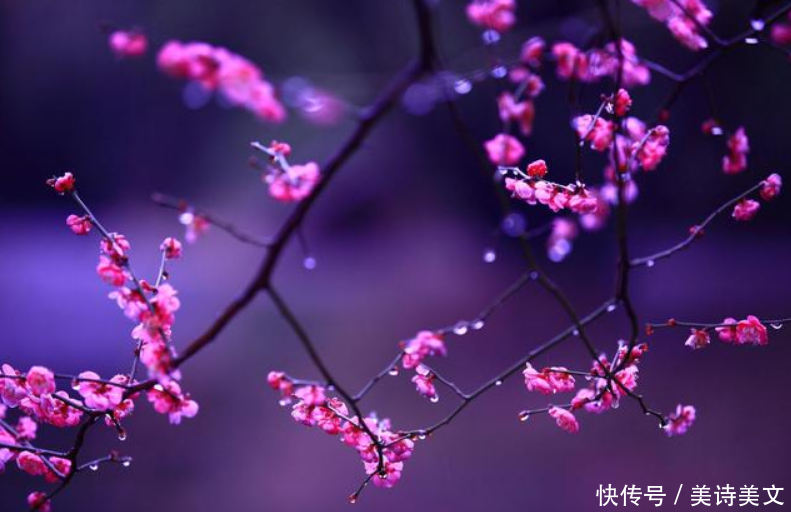 Then this poem is not outstanding among Wang Anshi’s many works, nor is it first-class It’s a masterpiece, but it’s very cleverly written. It tells people’s views on red plum and their love for this plant in a very delicate brushstroke. We all know that Wang Anshi was a famous writer, statesman, thinker and reformer in the Northern Song Dynasty. He devoted himself to reform and reform in the Northern Song Dynasty, but the reform did not go on in the end, which became a regret in his life. 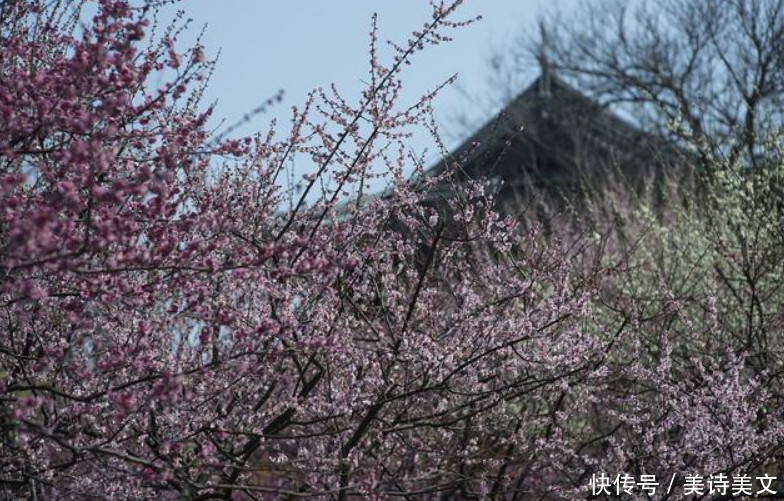 Wang Anshi also made a reform, so that now people only need to When Wang Anshi is mentioned, he immediately thinks of reform. In fact, his literary achievements are comparable to those of Ouyang Xiu and Su Shi. He was also selected into the Eight Great Masters of the Tang and Song Dynasties and became the most influential poet in the Northern Song Dynasty. Although not many of his works have been handed down, many of them have reached a high artistic level. This “Red Plum” seems to be very ordinary, but it is also a rare masterpiece, and it is very interesting to write throughout.