This article is authorized to be transferred from: Yuanfang Aoki (ID: YFqingmu)

Myanmar was invaded by the British in 1885 and has since been a British colony.

In order to maintain the balance and stability of Burma, the British deliberately supported some ethnic minorities on the border.

Provide money, provide weapons, and use them to contain Myanmar’s domestic army, which paved the way for the warlords in northern Myanmar to “occupy land as king” in the future.

In Myanmar, there are more than 130 ethnic minorities alone. Among them, the Kokang, Kachin, and Shan are the most populous, and each has its own independent armed forces.

Northern Myanmar nominally belongs to Myanmar, but it is actually a maverick. In addition, the northern part of Myanmar is mountainous and forested, intricate and chaotic.

Just how messy it is, everyone will know by posting a picture. Armed conflicts, illegal crimes, pornography, gambling and drugs are the norm, and the telecommunications fraud in northern Myanmar is notorious.

In 2020 alone, 1.02 million cases of telecom fraud will be filed nationwide.

Overseas frauds are mainly concentrated in Southeast Asia, and Myanmar is one of them, mainly in the northern part of Myanmar.

Telecom fraud in northern Myanmar is most famous for “killing pigs”, which is a jargon and a derogatory term for victims. 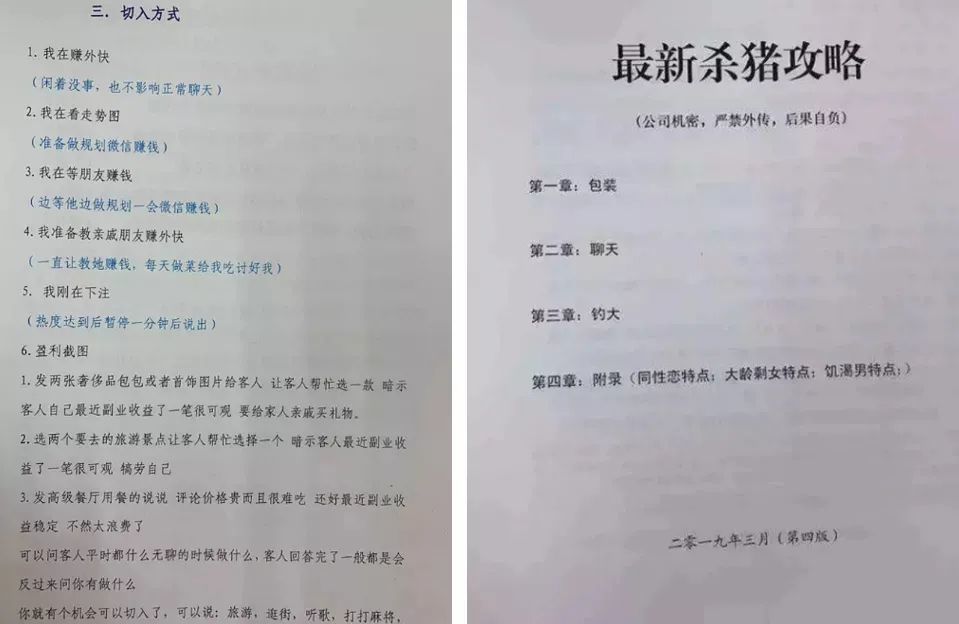 The principle of killing pigs is very simple. The liar fakes the identity of a tall, rich, handsome and Bai Fumei on social software, falls in love with the victim, and then inadvertently discloses his money-making project to lure the other party to invest. Finally get money.

It’s not a simple telecommunication fraud, telling you that there is a problem with your bank card, that you are suspected of money laundering, etc. These are all too low.

People spend a lot of time and energy, as a tall, rich, handsome, and beautiful, to first cultivate a good relationship with you, build trust and a relationship.

The last blow hits you, and you lose your money.

In this scenario, the probability of the victim being deceived is greatly increased.

There are too many cases of being deceived. A random search on the Internet is all deceived. There are two main types of victims,one is deceived to be a liar in northern Myanmar, and the other is defrauded of money by a liar who goes out…

Let’s restore the whole process of being deceived out of the country and then participating in the “killing pig” fraud, and remind everyone that if you encounter it, don’t be fooled.

First of all, scammers will use “high-paying overseas workers” as bait to lure some unemployed people in China who have low wages, poor treatment, or can’t find jobs to leave the country. They have very low requirements. They can surf the Internet and make phone calls. The content of their work is to chat with customers every day and sell the company’s “foreign exchange” products. If they do well, they earn hundreds of thousands of dollars per month. , there are also tens of thousands…

Is it illegal to have such a high monthly income?

At this point they will tell you that it’s not illegal, it’s just a legal edge ball.

After a lot of hype, coupled with the temptation of such a high salary, many people couldn’t bear it and got on the “pirate ship”.

After joining the so-called company, there will be a short pre-job training. At this time, the victim suddenly realizes that the company is engaged in fraud.

But it’s too late, your mobile phone and ID card have been taken away by various names.

At this time, you must act as a front-line “customer service”, pretending to be Gao Fushuai and Bai Fumei, looking for a target person, and starting to “raise pigs”.

Don’t want to do it?

Water prison, death, beating, which one do you want. If you have to leave, it’s not impossible, just pay a large redemption fee.

You will be charged 7,300 yuan for sea view air usage and 3,100 yuan for keyboard wear and tear. Are you surprised or surprised? If there is so much redemption fee, it will not be possible to go abroad to work. This is no longer in China. Killing people and finding a place to bury them will not affect the company’s continued fraud.

It is even more difficult to escape. The gates of these fraud dens are generally guarded by big men with guns.

Even if you do run away, there is a high probability that you will be arrested again because you are unfamiliar with the place of life, and you will be disabled in the lightest case, and killed directly in the serious case. Those who cheat are miserable, and those who are cheated are worse.

They will first get to know these victims through some online channels, and first chat to establish a relationship.

Generally speaking, most of the victims are women, ranging in age from 25 to 40 years old. They are basically single and divorced. The richer they are, the more they are deceived. After the pre-emotional foreshadowing, the fraudsters will disclose their investment and financial management intentionally or unintentionally, and induce the other party to join together. But in fact, they are not really investing in financial management, so-called investmentThe “platform” is not a legitimate platform monitored by the Chinese government, but an overseas software platform built by the fraudulent company itself.

In short, as long as the money enters the platform software of the fraudulent company, every penny is the fraudulent company, and it is impossible for you to take it away. If you are allowed to withdraw cash, then It’s just that you transfer too little money in the early stage, and the liar has to put a long line to catch big fish.

As long as a large amount of money is transferred into the account, the platform will never allow you to take the money away.

Because of the need to build a fake platform, these fraudulent companies also need technical personnel engaged in the Internet.

This is why programmers occasionally get scammed.

Generally, the victim will have a high rate of return for a small investment in the early stage, and then he will relax his vigilance.

Once a large investment is made, the danger begins.

You may continue to make money, but the withdrawal will not be successful, and then the customer service tells you to continue to invest, and then you can withdraw.

Then continue with the routine, with various questions and then add money, until you go bankrupt and realize you have been scammed.

At this point, a complete slaughtering plate is over.

Many victims, either single mothers or urban white-collar workers working alone, were defrauded of all their savings, and some were even deeply involved in online loans. Few of them are deceived by hundreds or thousands, and many are up to tens of millions. Hundreds of thousands per capita are the norm. These money are earned by their hard work, and some are the down payment for buying a house. .

Once deceived, it is difficult to recover, because the scammers’ scam dens are located overseas.

Many victims end up desperate and commit suicide.

If you are in northern Myanmar, see the fireworks at night. 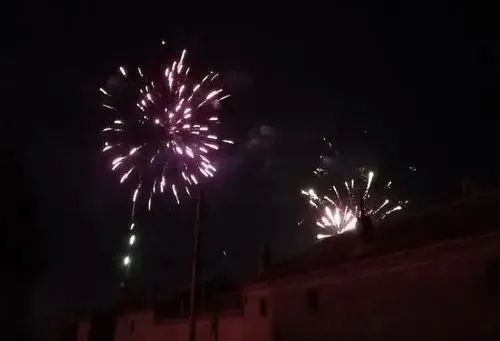 Wake up even in the middle of the night.

This is not a holiday, according to the narration of the fraudsters controlled by the police, it is a celebration of their successful fraud.

For every $500,000 successfully scammed, they set off a bunch of fireworks to celebrate.

In other words, every time a fireworks is set off, there may be a victim in the country.

Those scammers who have been deceived in the past all want to go back to China, but it is easy to go out, but difficult to come back.

So if a scam gang gets caught by the police, these guys will be happy instead… Because at least I don’t have to live in fear of beatings and death every day.

In the butcher tray.

Believe that this is the root cause of fraud.

Love is a tool used by victims.

Greed is the last booster.

Black production of killing pigs is a big industry chain, from upstream companies that open websites, companies that provide technology and sell servers, all the way to downstream Goutui (dog-like front-line fraudsters) ), intermediary, money laundering, and the cooperation is very complete.

The bottom dog push is only a part of being exploited, but the big bosses who are taking advantage of the interests are at ease behind their backs, and their unrestrainedness is built on the pain of countless people.

So, if you are attracted to Myanmar one day with high salary, it is very likely that what awaits you is not a decent job, but the utter ruin after falling into the den of fraud.

The Chinese government has been aggressively attacking, and even if the slaughtering plate is transferred abroad, it will never give up. 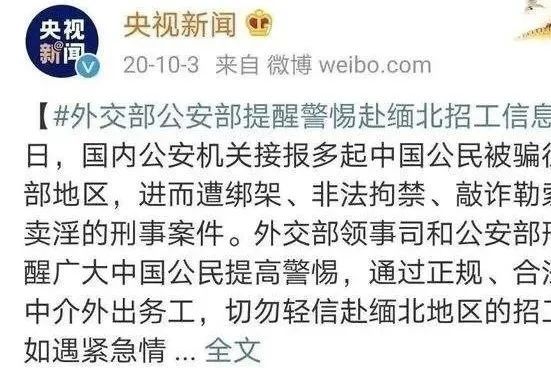 However, there are always people who don’t know it, or go to this dangerous place in northern Myanmar to “make money” by chance. In the end, they not only harm themselves, but also their compatriots.

Finally remind those who fantasize about going abroad to engage in fraud and get rich quickly, there is no easy money-making job, and there is no such thing as a pie in the sky.

The personal freedom outside the country is restricted, and the safety of life cannot be guaranteed. If you are unlucky, your life will be lost.

It is really important to read more books, read more newspapers, and improve one’s own cognition.

The tricks of liars are actually not difficult to see through. When you improve your cognition, improve your dimension, and see through the scam, the appearance of these liars will add fun to your life.

Remember, don’t trust it, don’t transfer money, block it if you ask for money, and call the police first if you really can’t.

The peace, stability and comfort in the country are really comfortable,You can also go out for barbecue in the middle of the night, Even when it’s dark, I dare to go home by myself.

It’s really more important than anything to starve, freeze, and survive.