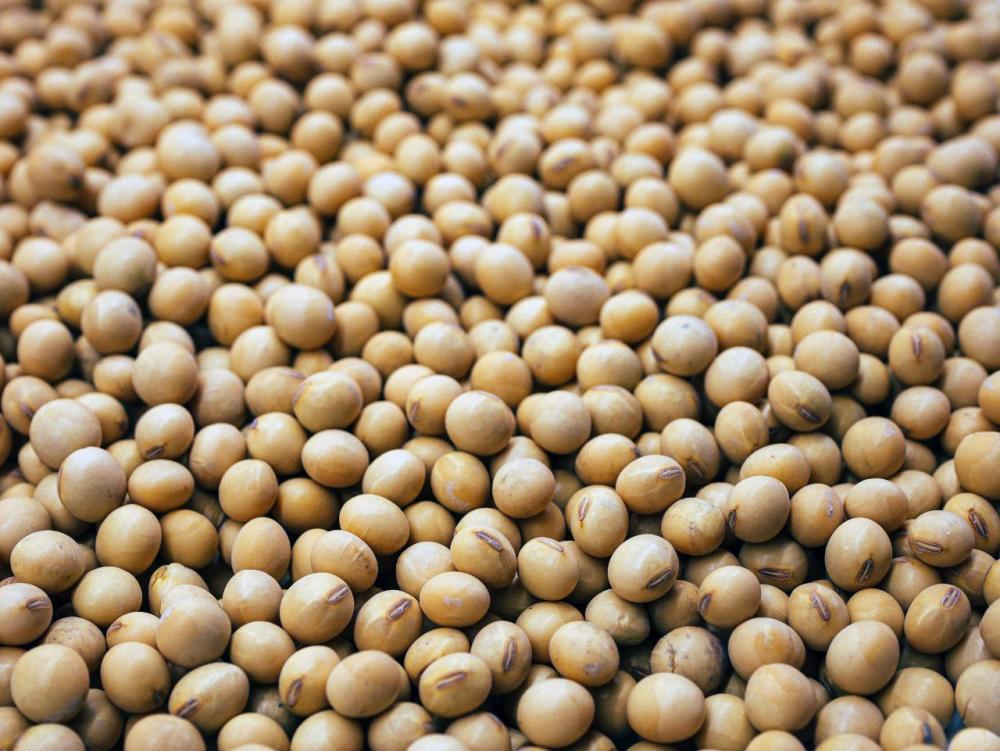 Haitian Soy Sauce Additives’ domestic and foreign “double-standard” related news has been on the hot search several times in recent days, dragging down Haitian Flavor’s share price. It continued to fall by more than 2% on the day.

Controversy has been ongoing around the core of this turmoil—food additives. Can food additives be eaten? What kind of soy sauce is good soy sauce? China News Agency Guoshi through train interviewed a number of industry experts to answer this question.

Answer from experts in the fields of medicine, research and learning: Can food additives be eaten?

Sodium benzoate is a commonly used food preservative, which has the effect of preventing deterioration and sourness and prolonging the shelf life. It is widely used in countries all over the world. However, in recent years, the application of this additive has also been limited due to concerns about its toxicity.

A number of experts have analyzed that food preservatives such as sodium benzoate and potassium sorbate will indeed have a certain impact on human liver and kidney. However, the human body can adapt normally if it is added and correctly marked in strict accordance with national standards.

Jining Yutang Sauce Garden, one of the four major sauce gardens in Jiangbei, has a history of more than 300 years. Jining Yutang Sauce Garden Chief Engineer Tian Shuyi said in an interview with China News Service Guoshi Express, As a fermented condiment, soy sauce is rich in nutrients and difficult to store at room temperature after the package is opened. High-grade soy sauce has strong anti-corrosion ability and a slightly longer shelf life; soy sauce without preservatives is highly susceptible to microbial contamination during use after opening the package.

“Without food additives, there would be no modern food industry revolution.” Li Huiying, associate professor at the School of Biological Science and Technology, Beijing Forestry University told the China News Service Guoshi through train, No need to demonize food additives. Reasonable adjustment of color and fragrance is a necessary channel for people to obtain more happiness through diet. For example, most of the yogurt we drink is a modulated flavored yogurt, which may be difficult for most people to swallow if it is not flavored. People with weak digestive system, gastritis and gastric ulcer patients may even be irritated and slightly burned by unmixed yogurt.

October 11, a supermarket in Xicheng District, Beijing posted a “0 antiseptic” “The soy sauce label of the country is a direct train photo by Zhao Bin

The same goes for substituting sweeteners for sugar, which, for most people, will minimize adverse effects on the body. Li Huiying said that as long as the food is produced in strict accordance with national regulations, and the dosage and usage of its additives meet the requirements of industry standards, ordinary people can eat it with confidence. However, compared with special groups such as pregnant women, infants, and liver and kidney insufficiency, it is necessary to be more cautious about foods containing food additives. In reality, more attention should be paid to illegal addition and unclear labeling, especially some bulk and on-site processed foods have a greater risk of this.

Zhang Ye, a famous clinical nutritionist and former director of the Nutrition Department of the Eighth Medical Center of the PLA General Hospital, said in an interview with the China News Agency Guoshi Express that in the face of No need to panic about regulated use of food additives. In fact, not only food additives, but also the less consumption of seasonings and spices made from pure natural plants, the better.

First of all, infants and young children, whose body organ functions have not yet fully developed, are relatively fragile, and are more sensitive to food additives such as pigments and preservatives that need to be metabolized, decomposed and excreted by the liver and kidney. Eat as little as possible. Pregnant women are also a group with a heavy burden on liver and kidney functions, and they are at greater risk when facing the same food additives.

Zhang Ye said that the test found that the changes in the kidney function test indexes of the sauce beef and other foods made at home with only the simplest condiments such as onion, ginger, and salt were eaten for the same time and amount. The state will be significantly better than eating out-purchased cooked food. Even normal healthy people will experience discomfort or “sticky” stool after consuming some plant seasonings continuously. Human taste buds have memory, and children will not have excessive yearning or dependence since they are little or not exposed to food additives.

How to “refine” good soy sauce?

Relevant information shows that since the Zhou Dynasty about 3,000 years ago, there have been records of fermenting meat to make sauce. The name “soy sauce” originated in the Song Dynasty.

“I choose soy sauce from Beijing. I’ve had it for many years, I can’t go wrong!” “It doesn’t matter whether soy sauce or vinegar, glass bottles are better than plastic packaging.” “I give Children eat expensive food, adults don’t care.”

A reporter from China News Service Guoshi through train visited a large supermarket in Xicheng District, Beijing and found that many consumers were discussing how to identify and buy soy sauce and other condiments in front of the condiment shelf. 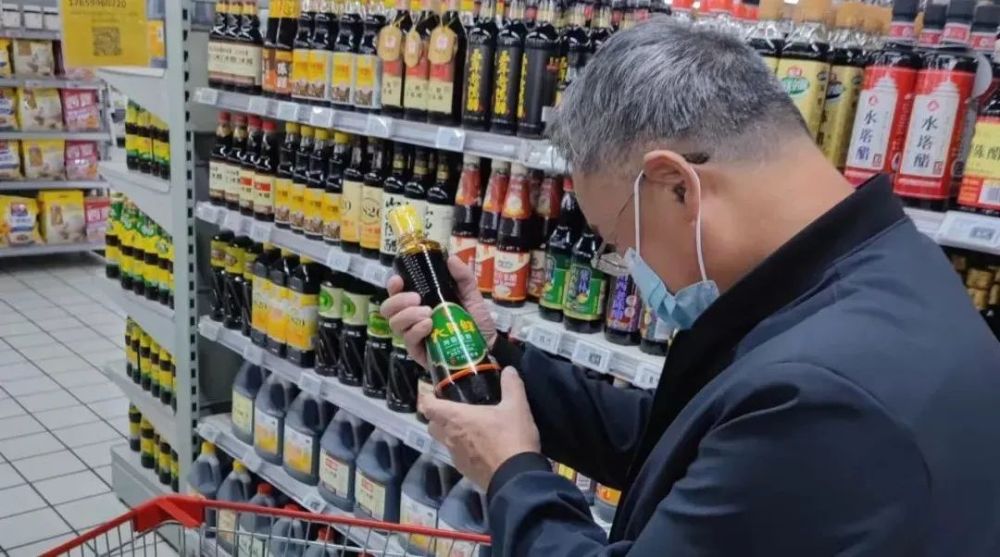 October 11, in a supermarket in Xicheng District, Beijing, consumers are carefully checking the labelled ingredients of soy sauce. The country is a direct train. Photo by Zhao Bin

According to Tian Shuyi, ancient soy sauce is made from soybeans, wheat or wheat flour as the main raw materials, steamed, naturally koji, sun-dried and fermented. The antiseptic method is mainly to add salt, which is pure natural and zero added. However, in the process of koji making, the quality of soy sauce is difficult to control due to the uncertainty of the natural environment and natural flora. Just like ancient wine cellars and ancient ponds, the flora has been cultivated in a specific environment for generations and is irreplaceable.

For soy sauce, the first extraction after fermentation is the first soy sauce, which is of better quality. After adding water and salt, and then fermenting for the second time, the second course of soy sauce is extracted, and the taste and quality are not as good as the first course. The brewed soy sauce should be identified in terms of color, aroma, taste, and body in combination with the labeling.

The State Administration of Municipal Supervision Announcement No. 23 of 2021 “Announcement on Strengthening the Quality and Safety Supervision and Management of Soy Sauce and Vinegar” clearly states that according to the “National Food Safety Standard for Soy Sauce” (GB2717-2018), Soy sauce is a liquid condiment with special color, aroma and taste, which is made of soybean and/or defatted soybean, wheat and/or wheat flour and/or wheat bran as the main raw materials and fermented by microorganisms. The production of soy sauce shall have a complete fermentation and brewing process, and shall not use raw materials such as acid-hydrolyzed vegetable protein seasoning liquid to prepare and produce soy sauce. It can be seen that the products currently marked as soy sauce on the market are suspected of breaking the law as long as they are not brewed.

Li Huiying believes that the majority of consumers are currently “confused” about food additives and some condiments, which reflects that people do not have enough understanding of the use, specification, dosage and harm of food additives clear. While increasing the publicity of food safety, further improving and refining the use standards of additives, labeling specifications and other relevant laws and regulations will help to better protect consumers’ right to choose.

From: China is through train