“The brain is the organ most susceptible to hypoxia. If something can be restored in a dead pig brain, it can be done in other organs as well.”

In 2019, the team of Yale University neuroscientist Professor Nenad Sestein released a study that shocked the academic world.

Four hours after the pigs died, the research team delivered “nutrients” to the pig brains through a mechanical perfusion system called BrainEx. The pig brain was “resurrected”, and within 36 hours, neurons and some brain cells restarted normal metabolic function.

This research has impacted the human perception of death. Once the brain can generate consciousness outside the body alone – not even wrapped in a skull, does it count as dead? What will you think? Is it the original he/she/it?

The ethical discussion on the boundary between life and death is far from over, and the Selstein team goes one step further. Today (4th), the top issue of “Nature” made a headline on the front page. The upgraded version of OrganEx connected the system of the pig’s whole body. After 1 hour of death, the function of important organs was restored again, including heart contraction and liver and kidney activities. 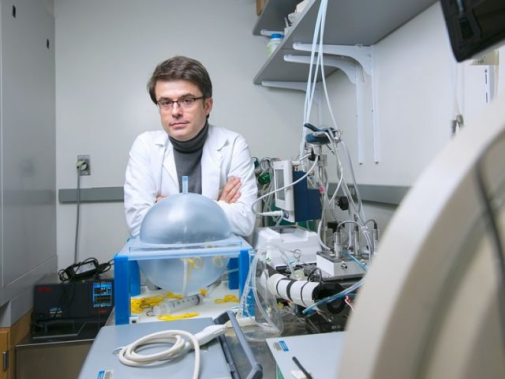 “One time, the head of a dead pigand neck

When the heart dies and blood circulation and oxygen supply stop, cellular damage occurs in just a few minutes, and “death” spreads throughout the body in a process that is thought to be irreversible. But from ancient times to the present, the efforts of human beings to achieve “resurrection” have never stopped.

As technology evolves, some studies have shown that trying to prevent and delay apoptosis for a certain period of time is not a fantasy, but most focus on a single organ.

“Until now, the translation of single-organ interventions into systemic applications has been constrained by the way the body’s circulation and multiple systems function,” Sestein’s team wrote in the paper. They want to challenge this “no-go zone”, this time using the new OrganEx system controlled by a computer, the main components include the perfusion pump, oxygenator and hemodialysis unit.

After dissolving oxygen, artificial blood is pumped through the pig’s body, a solution of 13 components, including the animal’s own blood and anticoagulants, that remodels the collapse in the pig’s body blood vessels, suppress the immune system, and disrupt the chemical processes that lead to apoptosis. The pumping of artificial blood mimics the rhythm of the heart beat, and the hemodialysis device is connected in parallel to the main circuit.

Following ethical approval, the team first deeply anesthetized the pigs and then induced cardiac arrest with electric shocks. One hour after death, a portion of the pigs were connected to the OrganEx system, while the other portion was treated with conventional ECMO or without any treatment for comparison.

After 6 hours, the researchers found that the “OrganEx pigs” cycle restarted much better than pigs that received ECMO or no treatment. Oxygen began to flow to the pig’s body tissues, and heart scans detected electrical signals and contractions.

In addition, OrganEx pigs showed less cell damage, the liver produced significantly more albumin, the kidneys showed cell proliferation, and the integrity of cells and tissues in parts of the brain was improved Assure. Even more surprising, in all vital organs of the “OrganEx pig”, the cells responded to glucose much more strongly than in the other groups, indicating that metabolism was activated. 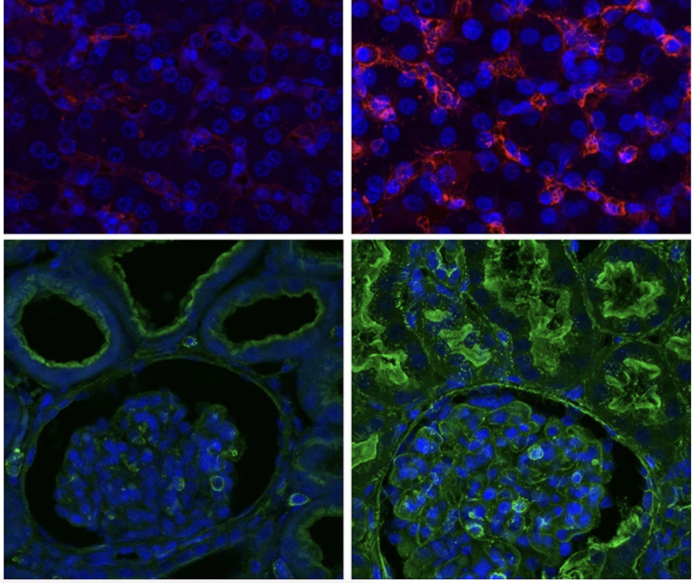 Images of liver (top) and kidney (bottom) cells from control pigs on the left; images corresponding to “OrganEx pigs” on the right, showing restoration of some tissue integrity and some cell function.

Genes in the organs were also more active in response to cellular function and repair, “even at one point, the pig’s head and neck began to move spontaneously, suggesting some recovery of motor function,” the team of researchers said. , which may originate from the spinal cord, but the exact cause requires further investigation.

Can dead brains be ‘resurrected’?

“The brain is the organ most susceptible to hypoxia. If something can be restored in the brain of a dead pig, it can be done in other organs as well,” said Prof. Sestein.

Since the early 20th century, scientists have tried to keep the brain alive after the heart stops by cooling it and pumping blood or a substitute. It has also been found that cells in slices of brain tissue after death can survive for weeks in culture and perform normal activities, such as making proteins.

But can dead brains be brought back to life?

In the study published in 2019, Prof. Sestein’s team purchased 32 freshly slaughtered pig heads from a slaughterhouse, removed the brains from the skulls, and connected them to the BrainEx system. Four hours after death, the system is activated, simulating blood flow, and “nutrients” are injected into the veins and arteries of the brain.

After 6 hours of continuous infusion, the team found that neurons and some brain cells in the pig brain had restarted normal metabolic functions, such as consuming sugar and producing carbon dioxide, and the immune system also appeared to be functioning . At the same time, the number of cell death in the cerebral cortex was significantly less than that in the control group. And when the researchers applied electrical currents to tissue samples of the brain, they found that individual neurons could still carry signals.

While it is still a long way from restoring complex brain activity, the pig brain has come back to life in a way. For 4 hours before the BrainEx system was turned on, the dead pig brains were not receiving oxygen, glucose or any other nutrients.

In the next 3 years, Prof. Seistein’s team improved the BrainEx system. Compared with “tailor-made” for the brain, the upgraded OrganEx system is suitable for the whole body.

“Considering how fast the ‘death’ is, such a result is astonishing.” Today, “Nature” published a report on the front page, a neuroethicist at Duke University in the United States Professor Farahany believes that if this technology can one day be replicated and perfected in the human body to preserve and even revive transplanted organs, it will completely change the shortage of some transplanted organs.

What it’s like to regain consciousness outside the body

“For most of human history, the perception of death was very simple,” said Professor Christof Koch, chief scientist at the Allen Institute for Brain Science in Seattle, in a previous interview with Nature. , “Now, we must question what is ‘irreversible’.”

In fact, in both the 2019 and newly published studies, the research team had anesthesia and neuron blocking agents in the perfusion system in case the brain was observed to return to consciousness Stop immediately.

No one knows what it would be like to regain consciousness in a corpse, or even outside the body? What are you thinking about? Current medical ethics is clearly not ready to deal with this situation. “But as far as the research results themselves are concerned, it is far from challenging the concept of ‘death’.” Professor Zhu Tongyu, deputy dean of Shanghai Medical College of Fudan University, analyzed the “medical community”.

As an expert in the field of kidney transplantation in China, Professor Zhu Tongyu has nearly 20 years of research on techniques such as preservation and perfusion of dead organs. He told the “medical community” that after ischemia and hypoxia, if the cells are reinfused with blood to try to maintain or recover, under the action of oxidative stress and some factors in the blood, ischemia-reperfusion injury will occur.

“Therefore, traditional cold perfusion does not use blood, but a preservation solution similar to intracellular fluid components.” Professor Zhu Tongyu said, “In recent years, we have further begun to use mechanical perfusion systems. Its advantage lies in its ‘sustainability’, which allows more thorough removal of toxic substances in the cells of the dead body through circulation.”

Professor Zhu Tongyu believes that this research is not “revolutionary” in principle, but the greatest clinical significance is that it may significantly increase the number of organs used for transplantation in the future. “For cadaveric kidneys, we usually give up the ischemia for more than half an hour. If the new technology can be replicated in the human body, this window period will be greatly extended.”

In 2019 and the latest study, pigs died for 4 hours and 1 hour, respectively. Professor Zhu Tongyu analyzed that in addition to the improvement of the mechanical perfusion system, the “secret recipe” of the perfusion solution developed by the team may be the most critical factor.

“As research continues, there may be hope for a little recovery of some brain functions, such as brain stem respiratory center function. But full brain recovery, resulting in consciousness, I don’t think it can be done right now. “Professor Zhu Tongyu said. Professor Seistein’s team also stated that no electrical activity related to perception and consciousness was observed in the two experiments. Strictly speaking, this is not a living brain, but a brain with active cells.

After the 2019 pig brain test was released, Professor Christof Koch publicly called for a wider ethical discussion in the academic community before the realization of consciousness in a “disembodied brain”. “Because once humans have done it, it’s impossible to reverse it.”