“Dr. Zhang, do you think that the sooner the uric acid is lowered, the better, is it best to lower it in one day?” An old patient of mine asked me bluntly when he met him. .

Elevated uric acid is too common Strictly speaking, people with high uric acid levels and gout should try to bring their uric acid levels down to normal as much as possible, whether by improving their lifestyle or using medications under the guidance of a doctor. However, the speed of reducing uric acid is definitely not as fast as possible, which is really different from everyone’s traditional understanding. However, this point is a bit like high blood pressure. Dr. Zhang has also said many times that it is not better to lower blood pressure as soon as possible in patients with hypertension. It is best to reduce blood pressure steadily. In fact, the same is true for lowering uric acid. It is definitely not the sooner the better, but the best is to gradually reduce it to a reasonable range. 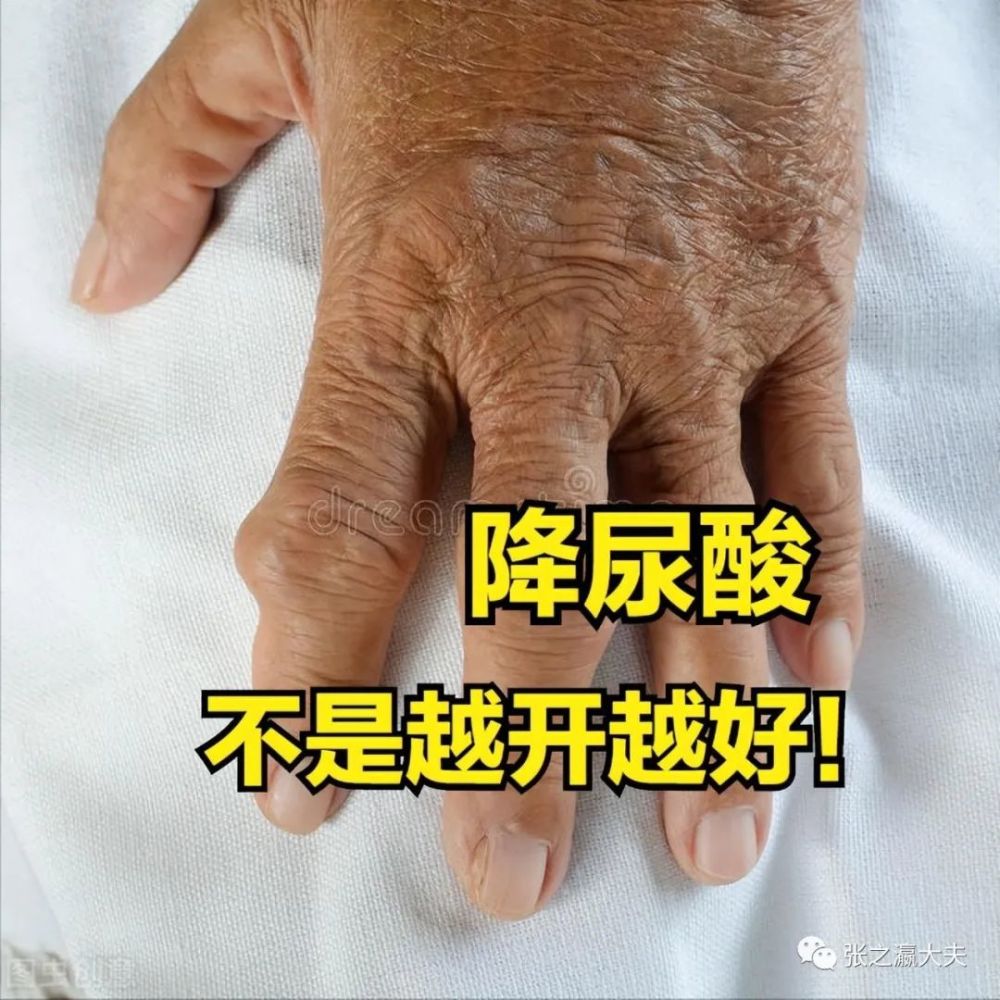 Because of this, the 2019 edition of the “Guidelines for Diagnosis and Treatment of Hyperuricemia and Gout in China” specifically pointed out that uric acid-lowering drug therapy should not be started until 2-4 weeks after the acute attack of gout patients is completely relieved. It is also pointed out that for patients with hyperuricemia, when using the two first-line uric acid lowering drugs, febuxostat and benzbromarone, it is necessary to start with a small dose. After 2-4 weeks, if the uric acid does not reach the target, it can be slowed Increase the dose, which is also to make the blood uric acid fall steadily and slowly. Therefore, the process of reducing uric acid must not be rushed, because reducing uric acid too quickly may lead to repeated illness or even at home, but the haste is not enough.

1. People with high uric acid and no gout attack

Secondly,Many people with high uric acid need to take uric acid-lowering treatment under the guidance of a professional doctor, and in the process of using uric acid-lowering drugs, try to start with a small dose, 2-4 After a few weeks, the dose was slowly increased, so that the blood uric acid steadily and slowly decreased. Here is the use of two commonly used drugs:

Febuxeltavir is a first-line drug for lowering uric acid, suitable for hyperuric acid patients with increased uric acid synthesis. The starting dose is generally 20 mg/day. After 2-4 weeks of observation, if the uric acid does not reach the standard, it can be increased by 20 mg/day, and the maximum dose does not exceed 80 mg/day.

Benzbromarone is also a first-line drug for lowering urine, suitable for hyperuric acid patients with impaired uric acid excretion. The starting dose is generally 25mg/day. After 2-4 weeks of observation, if the uric acid does not reach the target, it can be increased by 25mg/day, and the maximum dose does not exceed 100mg/day. 2. People with high uric acid in the acute stage of gout

All in all, for people with elevated uric acid, no matter whether they have gout or not, the process of lowering uric acid should not be too violent or too fast, otherwise the haste will not be achieved. Did you understand this time?

If you think this article is not bad, you can forward it to your relatives and friends, so that more people can benefit.