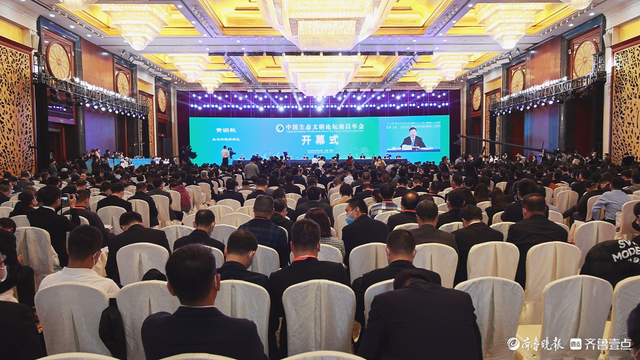 On November 19, at the opening ceremony of the Nanchang Annual Conference of the China Ecological Civilization Forum, Qihe County, as the sixth batch of “green water and green mountains are golden mountains and silver mountains” practice innovation The base was officially awarded by the Ministry of Ecology and Environment. Previously, Qihe County has been selected as a national ecological civilization construction demonstration area and one of the top ten ecological civilization counties in Shandong Province, contributing Qihe’s strength to the realization of green, low-carbon and high-quality development.

As Shandong Province 25 One of Yanhuang counties, in recent years, Qihe County has always kept in mind the “big country”, guided by the implementation of the major national strategy of the Yellow River, and made every effort to build an important ecological function area in the lower reaches of the Yellow River, a pilot area for efficient use of water resources, and a growth pole for high-quality development , the leading area for rural revitalization, and the demonstration area for the integrated development of culture and tourism, to create a model of ecological protection and high-quality development along the Yellow River, and to embark on a development path that has both green mountains and golden mountains and silver mountains.

“Governance” exerts force, To help the ecological protection of the Yellow River Basin, the Qihe River implements water, forest, farmland, lake and grass system management. Thousands of river and lake chiefs patrol the river on a regular basis. Smelly water, industrial wastewater, urban sewage, and rural drainage “five waters are jointly treated”, and the water quality of the national control section is stable above the IV standard. Through the construction of microcirculation, 10,000 mu of wetland vegetation has been restored to 2.3 million square meters, and the biodiversity has been significantly improved, attracting critically endangered species such as pochards, oriental white storks, white-naped cranes and other wild birds to inhabit all year round. There are 6 species of protected animals, 23 species of national second-class key protected animals, and more than 120 species of other wild animals. Focusing on adding green energy, build a green ecological corridor of the Yellow River for hundreds of miles, build more than a hundred parks and gardens, and become the first county-level international garden city in Shandong Province. The 10,000-mu forest in the east of the city can conserve 390,000 cubic meters of water and absorb 316,000 carbon dioxide. tons, produce 230,000 tons of oxygen, and vacuum 7,600 tons, making the “green lungs” of the county more abundant.

Going all out to promote production and stabilize growth, Qihe has been ranked among the top 100 counties in the country for 8 consecutive years in terms of comprehensive strength, and simultaneously among the top 100 counties in terms of green development, investment potential, technological innovation, and quality of new urbanization. Selected as the province’s high-quality development advanced counties and the province’s high-quality development of private economy, modern agriculture, cultural tourism and health care, and modern distribution “Top Ten Counties”, and the number of “Top Ten Counties” awarded is the largest at the county level in Shandong Province, achieving high-quality Balanced development.