August 4, the seventh day of the seventh lunar month, the Qixi Festival, at the Marriage Registration Center in Fuhe Photography Park, Jinniu District, Chengdu, staff from the Civil Affairs Bureau of Jinniu District came to The newlyweds for the marriage license are ready for romance. Although it rained in the morning, it still did not dampen the enthusiasm of the newcomers to “pull evidence”.

At 9:30 in the morning, the rain in Chengdu was a little lighter, and there were still water droplets hanging on the eaves of the marriage registration office in Fuhe Photography Park, Jinniu District. Most of the sweltering heat had disappeared, and the air was filled with the smell of soil and grass being tossed by the rain. The reporter came here early, looking for a love story.

Limp to get the certificate

Ms. Wang was wearing a white knee-length skirt and white flowers in her handbag. She helped the limping Mr. Zhang to the marriage registration office.

Ms. Wang told reporters that they had chosen the day of the Qixi Festival to receive the certificate very early. Unexpectedly, just yesterday, Mr. Zhang injured his leg. “I originally booked a photographer to take pictures for us today, which can be used at our wedding, but I can’t take them now.” Ms. Wang’s tone was a little regretful, and Mr. Zhang, who was beside him, hurriedly joked: “I can’t take pictures here, wait a moment. I’m going to the hospital for a photo!”

Regret may be a kind of incomplete beauty. Mr. Zhang said that even though he was injured, he still wanted to get a certificate from Ms. Wang before going to the hospital for treatment. He believed that marrying the person he loved was the most important thing. 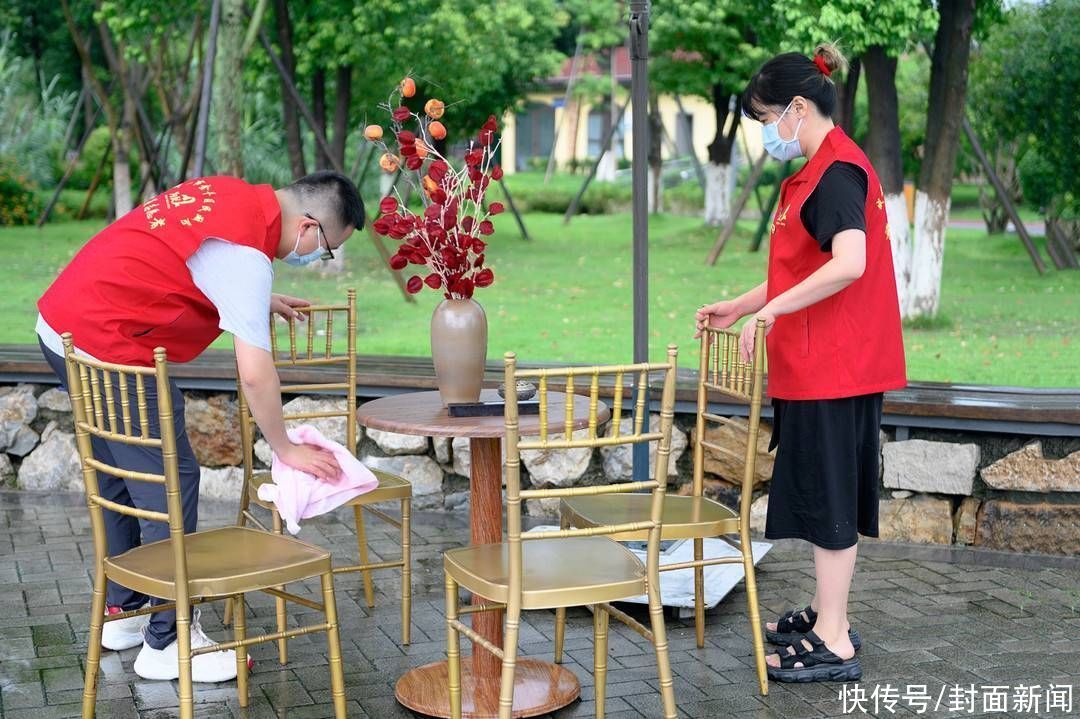 Officially become the son-in-law of Sichuan

He wants to be a happy “ear raking”

“No matter what we encounter, we will stand together through thick and thin, and we will be together for life.” The handsome guy from Henan and the girl from Sichuan signed an oath at the marriage registration office of Fuhe Photography Park and officially became a marriage partner. couple.

It is understood that this young man from Henan is a takeaway rider. During the delivery process, he met this Sichuan girl who made him “look for a thousand years”, so the two left their contact information and gradually moved to each other. Understand, know each other, love each other. “I’m from Henan, and now I’m officially a son-in-law in Sichuan, to be a happy ‘rake ear’!”

The reporter saw at the scene that after receiving the certificate, the newcomers will wear a variety of Hanfu of different colors, with pearl flowers on their hairpins, and a fan with a pair of tassel pendants. . The newlyweds walked in the park together, punched in and took pictures. Everyone was smiling, which was very beautiful. 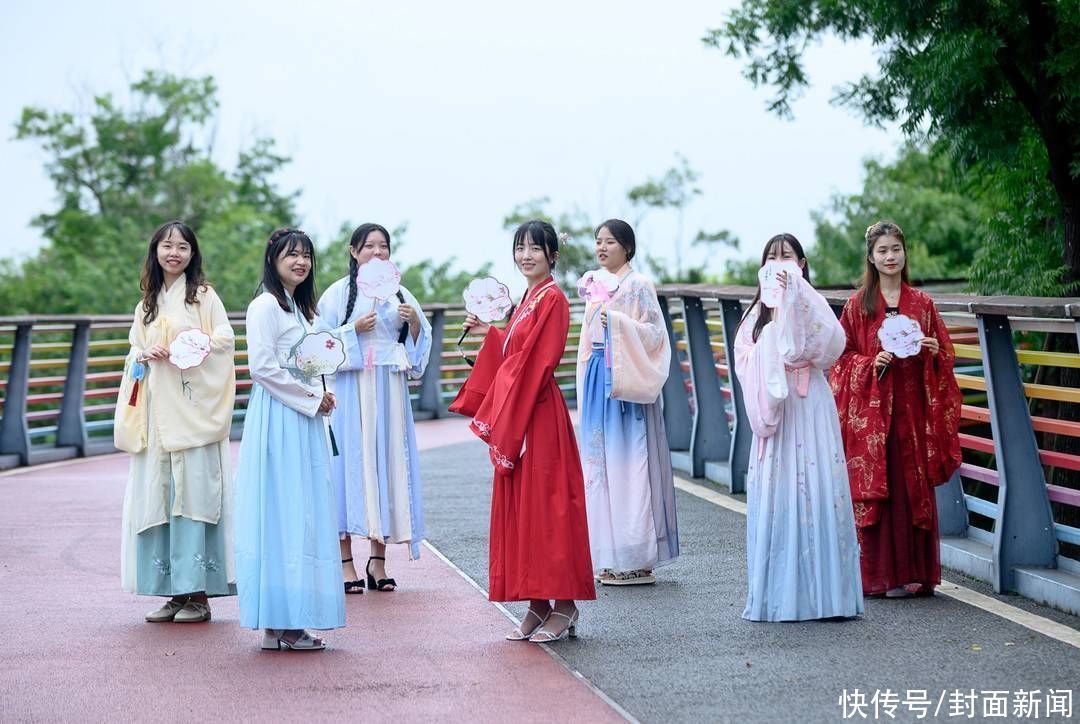 As soon as the golden wind and jade dew meet, they will win but there are countless people in the world. It’s another Chinese Valentine’s Day. After the new people take pictures and punch in, they walk out of the Fuhe Photography Park in pairs.

[such asIf you have news clues, you are welcome to report to us, and there will be a fee for acceptance. Newsletter WeChat Follow: ihxdsb, Newsletter QQ: 3386405712]