On August 1, the owner of a restaurant in Xinzhou District, Shangrao, Jiangxi reported that the city management said that the door can only write the name of the store, not the business content. On the same day, several urban management officers came to remove the words on the door that had business contents. On the morning of August 4th, a staff member of the Shangrao City Administration said, “There are documents that stipulate that only the name of the store is written on the signboard.” (According to the Red Star News on August 4) 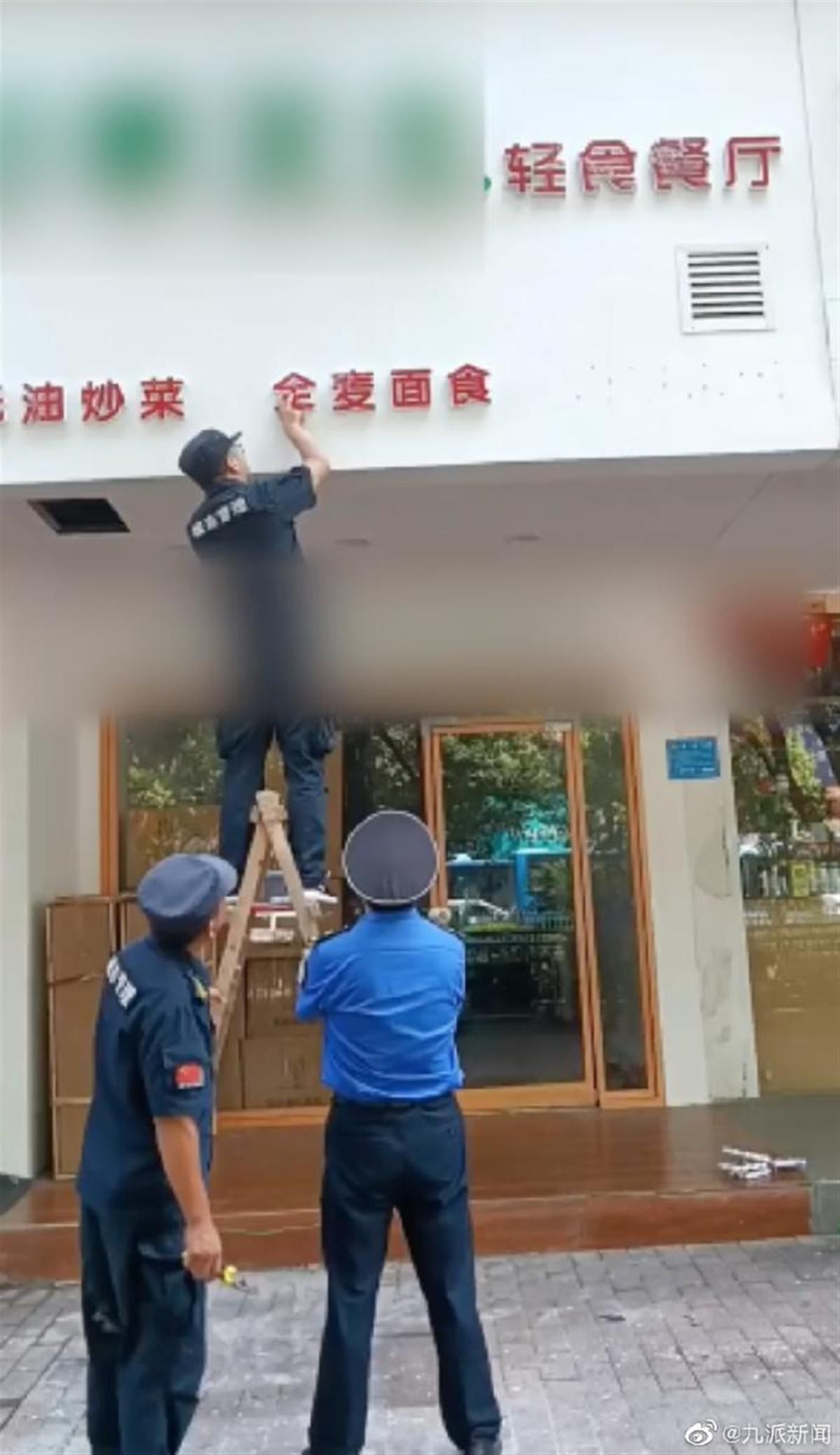 The restaurant owner thinks this is unreasonable. “When we open a store, we must write the business content before we know what we are selling. It is like a road sign telling people where to go. This is what customers need and what our store needs.” It is to transmit information and satisfy consumers’ right to know. If there is no business content, how can consumers enter the store on demand?

According to a document on the official website of the Shangrao Municipal Government entitled “Guidelines for the Setting of Store Signs and Lintels in Shangrao City Center (Trial)”: “The content of store signs and lintels can only contain the name of the storefront and related signs and patterns. , the business phone is uniformly set in the lower right corner of the store sign (size: within the range of length 40CM*height 15CM); it is forbidden to have information such as business scope and commodity type, and it is forbidden to violate laws and regulations and public order and good customs.”

Signboards are uniform in size With formatting, it can also be said that the amenity needs to avoid clutter. It is a bit incredible that business content is not allowed in the signboard. It’s very simple, there is no business content, who knows what transactions are in the store? Could it be that there is still something that cannot be revealed about the business content, and it is impossible to hide it and tuck it away.

Previously, some netizens in Chengdu, Sichuan broke the news that a row of shop signs including her shop had been replaced with a pinyin version, which had a certain impact on business. The reason is that after replacing the Chinese signboard with Pinyin, the business content of the business is not so conspicuous. His store is obviously a noodle restaurant, and it is also misunderstood as a cake shop and a clothing store. The staff said that the signs were replaced in order to beautify the shops along the street uniformly.

Such “beautification” is called power aesthetics by public opinion, that is, the likes and dislikes of managers are imposed on the city appearance. This kind of “beautification” has become a formalism that is detached from reality, and the beautification has turned into a tossing, even “ugly”. For example, in some places, the whole store signboard was replaced with white characters on a black background, which was criticized by netizens as “cemetery style”. Such power aesthetics, to put it bluntly, is the willfulness of power, and I call the shots on my site, regardless of the business reality of the business.

Some netizens said that during the epidemic prevention and control period, it was not easy for businesses, so try not to add more congestion to businesses. If you can be convenient with the business, you must be convenient with the business. If even a signboard is tossing and turning, it is not a sense of service, and it is not a good business environment.

Some legal persons believe that it cannot be done without the authorization of the law. As long as the laws and regulations do not confer some management matters on them, they should not intervene too much. This is also the need to protect market entities, maintain normal business order, and promote market vitality. If the content of the signboard of the merchant violates the provisions of the Advertising Law, it can be rectified and standardized. If there is no violation, it belongs to the autonomy of the merchant, and there is no need to intervene.

The content of the signboard and the like does not involve the beautification norm of the city appearance, so I don’t know why it is blocked. Could it be that the hand of power can cover the sky with such a single hand that even the contents of the business’s signboards can be covered up? There must be a convincing reason for where such power comes from. If you can’t justify it, don’t be too lenient with the hand of power, and use the power in your hands carefully, which is the real power aesthetics.