Turn on social media, and we often get distracted by too much bad news and spend day after day in frustration. But outside the spotlight, there are many people who are quietly working hard to do something meaningful for the world. We bring you some recent good news from the tech world and hope to bring you a day of peace of mind.

This fall, an oral non-hormonal contraceptive for men will enter clinical trials.

This male contraceptive was developed by Professor Gunda Georg and her team at the University of Minnesota. After more than ten years of exploration, they finally synthesized the compound YCT529 this year [1]. In animal experiments, this compound can cause infertility in male mice by inhibiting the expression of a protein (retinoic acid receptor alpha), can achieve 99% effective Sex, and the mice were able to fully recover their fertility 4-6 weeks after the drug was stopped. In addition, this compound does not interfere with hormone synthesis, avoids side effects such as weight gain and mood swings, and has the potential to become an effective, reversible, and safe male contraceptive.

For too long, women have had the primary role in contraception—oral contraceptives, implants, IUDs, and more. But according to research, a lot of couples actually want to try the male contraceptive pill. 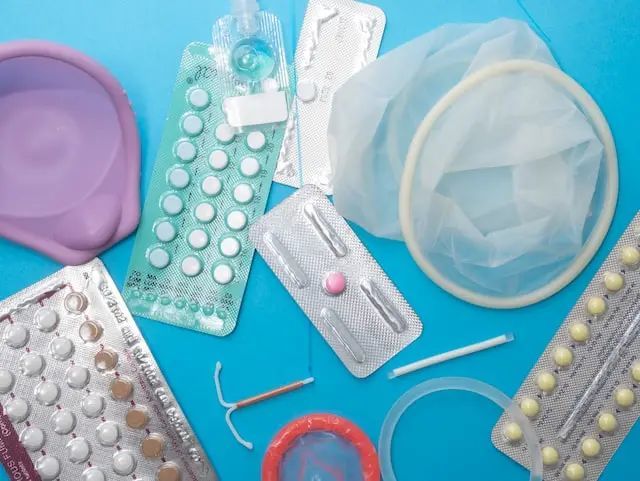 Women now bear most of the responsibility for contraception｜Unsplash

However, the entry of this non-hormonal male contraceptive into clinical trials is just an encouraging start, and there is still a long way to go before it is approved for marketing, and we need to be patient.

Contraceptive pills, while preventing pregnancy, do not prevent sexually transmitted diseases. To achieve safe sex, it is recommended to use condoms at the same time.

Recently, researchers from the University of California published a study in the Biophysical Journal, suggesting that the protein TGF-β in hair follicles is a key factor in regulating the hair growth cycle, and may be used to Treat hair loss.

TGF-beta is a small protein that acts outside of cells and is the only chemical involved in activating and terminating cell division within the hair follicle. When TGF-β levels are low, it is able to activate hair follicle cell regeneration. When it is in excess, it promotes apoptosis.

Even though hair follicle cells undergo apoptosis, because they are rich in stem cells, TGF-β in the surviving stem cells can still receive the signal normally to reactivate the hair follicle and promote hair regeneration /strong>. In addition, stem cells also have the function of repairing damaged tissue cells and replacing damaged cells, so in addition to treating hair loss, it may also accelerate wound healing.

However, this discovery is still in the hypothetical stage, and more research is needed to prove how TGF-beta activates cell division to activate hair follicle stem cells and ultimately stimulate hair growth.

From now on, protect the remaining hair until the day the technology can be used!

The $10 billion James Webb Space Telescope returned an ultra-clear view of the universe in July, capturing light from more than 13 billion years ago. Equipped with huge and high-precision mirrors, it can see farther and clearer than the Hubble Telescope, broadening the human viewMeasure the boundaries of the universe. Webb telescope’s mirror polishing technology is not only used in space, but also in ophthalmic treatment.

In order for Webb to see very clearly, an important part is the almost perfectly smooth mirror. Even a small flaw in the mirror can cause the image to be out of focus. How could Webb have this perfect mirror? WaveFront Sciences, in partnership with NASA, has developed a technology for detecting and mapping surface textures.

This technology can also be used in ophthalmology testing and treatment, accurate measurement of a patient’s eye, diagnosing eye conditions, and has helped improve data The vision of millions of myopic patients. 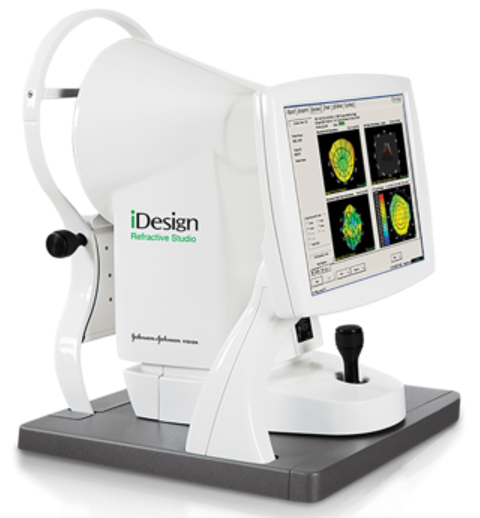 The eyes really hold the universe.

How to fight superbugs? Go to the depths of the desert to see

In 1928, British bacteriologist Fleming discovered the world’s first antibiotic, penicillin. Since then, various types of antibiotics have been introduced in various layers, effectively controlling the deadly infectious diseases in the past. In the process of antibiotic abuse, drug-resistant “superbugs” have emerged.

A 2019 United Nations report shows that by 2050, about 10 million people will die each year from drug-resistant diseases if drug resistance is not controlled.

Therefore, preventing the misuse of antibiotics and finding new antibiotics are the top priorities in addressing microbial resistance. To discover new antibiotics, scientists have turned their attention to creatures that live in extremely harsh environments. They argue that the more extreme the environment, the more the organism will be forced to evolve and adapt, potentially secreting more powerful antibiotics.

Following this theory, Paul Dyson, a molecular microbiologist at Swansea University School of Medicine, and academics from the Chinese Academy of Sciences deep into the Gobi Desert in search of possible living organisms. In 2013, the team isolated a new type of Streptomyces on the Alxa Plateau. 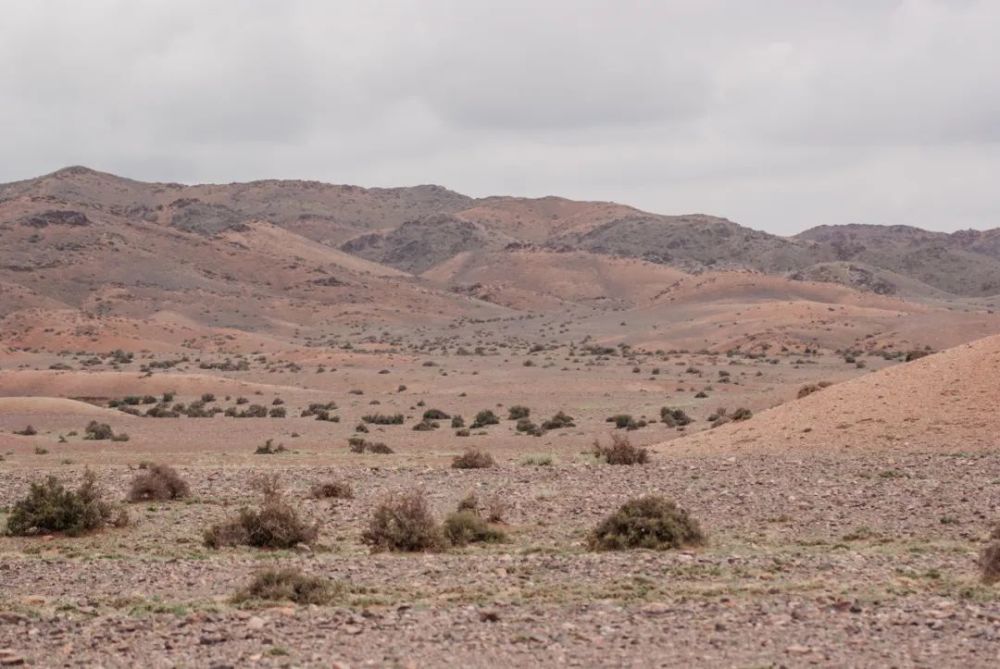 Go deep into the desert, looking for creatures that survive in extreme environments｜Creative of Tu Worm

Streptomyces is a large group of actinomycetes commonly found in the soil. It not only produces the familiar “earthy smell” but is also an important source of natural medicines.

This new species of Streptomyces not only produces antibiotics, it also grows faster than known Streptomyces species. After sequencing the bacterium’s genome, they found that the bacterium possesses a new type of tRNA that more effectively controls antibiotic production.

Of course, the development of antibiotics requires a long period of toxicology, pharmacology and clinical trials to confirm their effectiveness and safety. But if feasible, mankind will have an additional powerful weapon against “superbugs”.

Consciously reducing the misuse of antibiotics is something everyone can do before the weapons come.

Future library, a 100-year promise not to publish

In a forest north of Oslo, Norway, there are many small spruce trees about 1 meter high. Each year, the organizers invite a writer to write a book that won’t be published in their lifetime, and the manuscripts are sealed in a glass drawer in a hidden corner of the Oslo Public Library for nearly a century. Until 2114, the drawers will be opened and the grown spruce will be made into paper and 100 stories hidden for a century will be printed and made public. 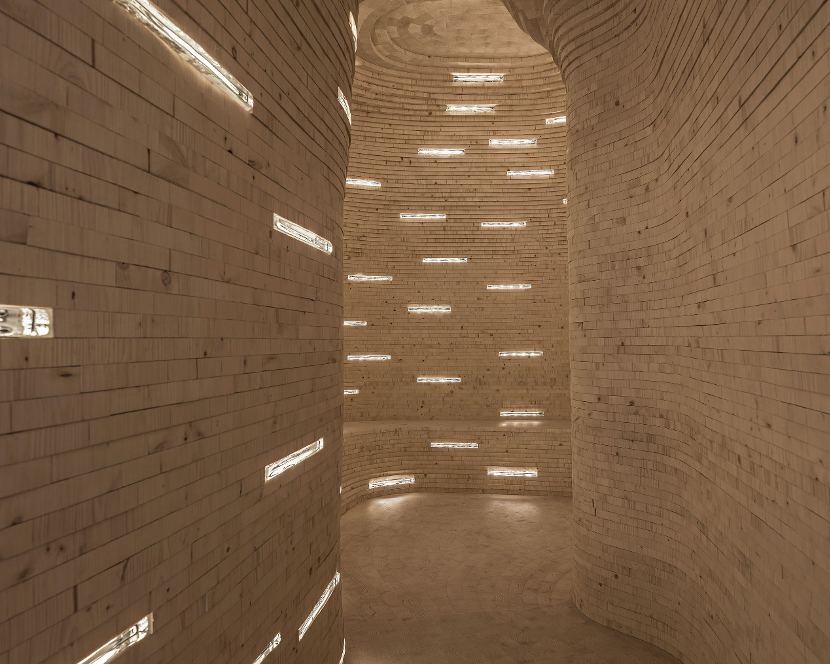 Why build a library where no one can read these books now?