Summer vacation is the peak period for outings, and it is also a period of frequent safety accidents.

On August 17, 2022, a netizen in Yunnan shared his experience of contracting mysterious pneumonia after a cave exploration in the wild, which quickly detonated the Internet.

On August 13, 2022, a flash flood broke out in Longcaogou, Pengzhou, Sichuan. Tourists were involved and 7 people were killed.

On July 31, 2022, two tourists from Qingdao were swept into the sea by wind and waves while playing at the seaside, and both died.

On August 21, 2021, Meimei, a girl from Henan who had been hiking alone in Tibet for more than 3 months, died unfortunately.

Caving, mountaineering, hiking, camping, catching the sea… The wild activities that have become popular in recent years are actually full of dangers. Among them, the fastest approaching and the closest to death is the drowning accident.

According to CCTV News, people will lose consciousness within 5 minutes of drowning and die within 10 minutes at most. More than 60% of the drowning people who were rescued had severe brain damage. The crisis of Internet celebrity wild attractions is hidden, and the risk of drowning is all around.

Q: Which waters cannot be played in?

Answer: You must not play if you see barbed wire, warning signs, and staff stop it. Taking the sudden flash flood in Pengzhou, Sichuan as an example, Longcao Valley is located in an area with frequent geological disasters. In the accident video, a staff member can be seen loudly persuading tourists to evacuate. We must listen to advice. 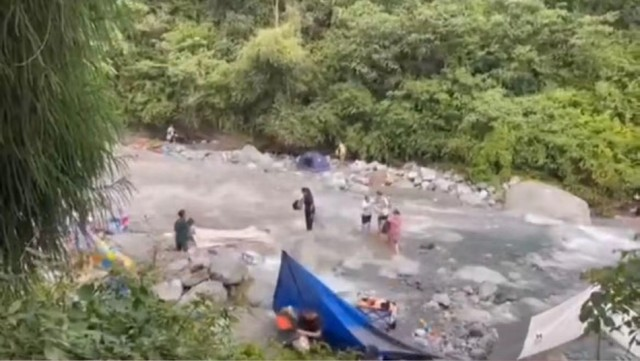 Answer: The recently popular camping by the stream and catching seashells by the sea actually have hidden risks. In addition, the check-in points of various Internet celebrities are very different. When you arrive at a new place, no matter how you feel about the water quality, don’t ignore the logo and discouragement.

Q: Can sudden geological disasters be predicted at the online celebrity check-in point?

Answer: my country’s disaster emergency response is relatively complete. Taking the mountain torrent in Pengzhou as an example, after the upstream county detected the flood, the hydrological station has transmitted the signal to the downstream and discouraged tourists. When tourists are not concerned about the disaster forecast, they must listen to advice.

Q: In addition to forecast notifications, what other precursors of flash floods can be observed with the naked eye?

Q: There are also many beautiful beaches where Internet celebrities check in. What is the main reason for the drowning accident at the beach?

Answer: It is rip current. The rip current easily pushes and drags the surrounding tourists into the sea, causing 90% of the drowning in the beach.

Q: What deadly creatures live in the sea?

Answer: Compared with ferocious marine creatures such as sharks, cute-looking jellyfish are more likely to be ignored. In fact, personal injuries caused by jellyfish are more common in our country. Many jellyfish contain neurotoxins. If tourists encounter it, remember not to touch it. 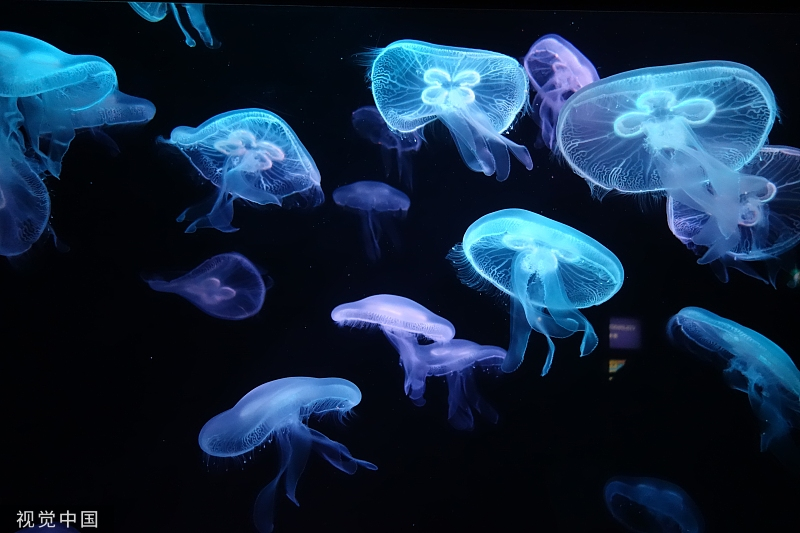 Q: What is the main reason for tourists often stranded on reefs in coastal areas?

Answer: Mainly ignore the signs and tide towers. When the tide tower lights up red, it means that the tide is rising. At this time, you should not go to the depths of the sea. . Q: Who are the main drowning people?

Answer: It is mainly minors who drowning in rivers and lakes; adult men are more likely to suffer drowning casualties on beaches where families travel.

Q: What is the probability of being rescued once drowning?

A: According to the People’s Daily Online Public Opinion Data Center, the rescue rate of drowning people is only 11.34%. Red Cross ambulanceman Cui Xinguo said that this year, he has gone into the water to rescue a total of 9 times, but not one person has been rescued. Q: Will the lucky drowning suffer from sequelae?

Answer: Yes. From my experience as a pediatrician, if a person is drowning for more than 10 minutes, even if they are rescued, they will definitely have neurological sequelae.

The following is a more detailed explanation of three experts’ explanations about playing in the wild. We hope you can learn more about the main dangers of different waters, the omens of disasters, and the Emergency measures for emergencies:

1. What are the risks of camping by the stream and catching the sea?

Ren Hui: The recently popular camping by the stream and catching seashells by the sea do have hidden risks.

Take the sudden flash flood in Pengzhou, Sichuan as an example,Longcao Valley is located in the area of ​​frequent geological disasters. Ordinary people have no knowledge of geology and geography, so they must listen to advice at this time. The barbed wire fences, warning signs, weather warnings, and staff’s appeals by the river are all telling tourists that this place is not suitable for play, and if they don’t listen to the advice, they may pay the price of their lives. In addition, although flash floods come quickly, they are not unpredictable. A sudden increase in water velocity and hearing a distant rumbling sound are all precursors to flash floods, and nature’s warnings are just as important.

In coastal areas, tourists are often trapped on reefs far from the coast due to high tides, also because they ignore the signs and tide towers. When the tide tower lights up red, it means it is high tide, At this time, it is no longer necessary to go to the depths of the sea.

Ren Hui: If you only look at the swimming pools whose main purpose is to play, 90% of drownings are caused by rip currents, so rip currents are seawater The number one killer of the baths.

On most coasts, the sea water will slap evenly towards the coast and then recede evenly, but under some coasts, there will be some deep trough-like seafloor structures, or there may be The sand bar blocks the route of the sea’s retreat, and these will also converge in a narrow channel to retreat, and eventually form one or more powerful currents, which form rip currents.

If a tourist accidentally enters the area near the rip current, it is easy to get involved. The process of “rolling” involves pushing and pulling the person into the sea. At this time, tourists are prone to drowning accidents due to panic, exhaustion, and fatigue. 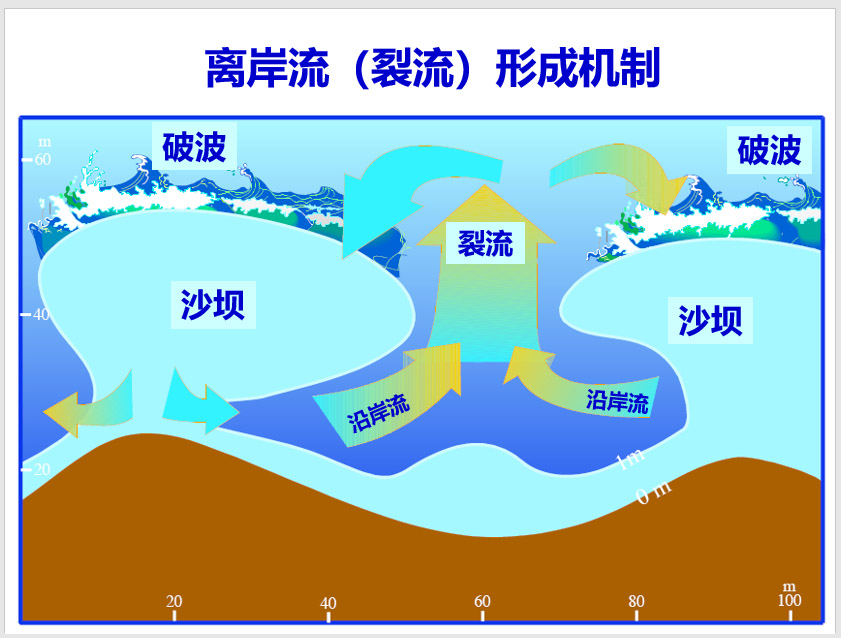 Third, what should I do if I encounter rip currents while playing in the water?

Cui Xinguo: In fact, we don’t have to be afraid of anyone, and we must not panic when we encounter water. Make sure that your face, especially your nose and mouth, float on the water. You won’t sink in this position. The buoyancy of water can support a person, but it must be ensured that the arms and legs do not stick out of the water.After all, water is only slightly denser than the human body.

Fourth, what are the creatures in the ocean that are the greatest threat to human beings?

Ren Hui: The most common threat to personal safety along the coast of my country is actually jellyfish. One is that it is relatively common; the other is that due to the eutrophication of seawater and global warming in recent years, the distribution of jellyfish is wider and more numerous. Also, when you see a jellyfish, you may not realize its danger, because it is so pretty, cute, and even want to touch it, it is very easy to be stung by a jellyfish. The neurotoxins in jellyfish can be deadly. In Weihai, Shandong, there was an accident in which two tourists were poisoned to death after being stung by jellyfish on the same beach on the same day. Therefore, the deadly creatures on the coast of our country are not the sharks with big mouths in the movie, but the jellyfish with cute appearance.

5. How dangerous is it to be swept away by the waves?

Ren Hui: Every day at noon, the Central Meteorological Observatory will issue a national wave forecast, but unless they are engaged in marine production operations, shipping personnel, or some senior fishing enthusiasts, most people do not Will pay attention to this particular subdivision of the wave forecast. As soon as the waves hit, the waves danced in the air, and it looked really beautiful. For example, when the Qiantang River tides every year, many people want to watch, try to conquer it, or take pictures with it. But if you are caught in this wave, the consequences will be disastrous. Because it looks like spray and foam, but it’s actually hundreds of kilograms of water. Imagine the force of a few hundred kilograms hitting you? It is impossible for a person to stand firm in such a big wave, so don’t try to compete with the waves, it is very dangerous.

Two tourists from Qingdao were swept away by huge waves (Source: Jimu News)

6. What should I do if I find someone drowning? As a professional rescuer, what rescue experience do you share?

Cui Xinguo: Don’t rely on your blood to save people, otherwise it is very likely to cause many drowning accidents. If you find someone drowning, if you can’t swim, you can call for help, and then throw long branches, clothes, etc. to the drowning person, let him catch, and you can hold him on the shore. If you can swim, hold the head and neck of the drowning person from behind with your hands after entering the water, grab the drowning person’s arm with the other hand, and swim to the shore, and avoid being held tightly by the drowning person during rescue.

(Note: The above is the operation method of professional lifeguards, the general public should not imitate it easily) 7. Which of the methods that doctors give first aid to drowning people can be learned by ordinary people?

First, ensure that the airway of the drowning person is unobstructed. Once the airway is found to be blocked, there is sediment to remove the sediment, and there is vomit to remove the vomit. Then pay attention to breathing. If the drowning person has no breathing and no pulse, and the drowning time is less than an hour, do artificial respiration and cardiopulmonary compression immediately. Remember to cross your hands, straighten them without bending, and use the strength of the entire upper body to press the heart. Other One can look for an automated external defibrillator (AED) that can help a drowning person defibrillate quickly. This is the first aid step in our hospital, and it is also a step that every ordinary person can learn.

Helps open the airway of a drowning person 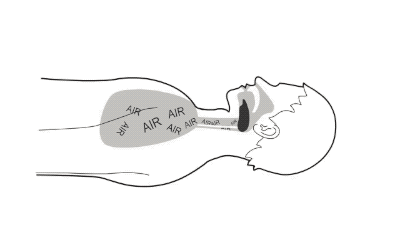 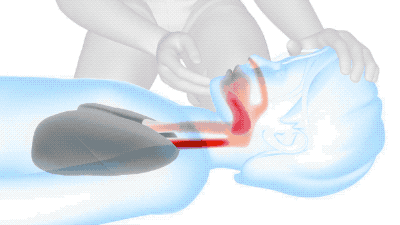 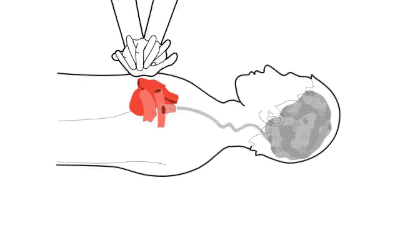 8. Who are the main drowning people?

The “2022 China Youth Drowning Prevention Big Data Report” released by People’s Daily Online shows that IAbout 59,000 people die from drowning in China every year, of which more than 95% are minors. Overall, the drowning people are mainly minors. However, according to my observation, there are differences in the types of drowning people according to different waters.