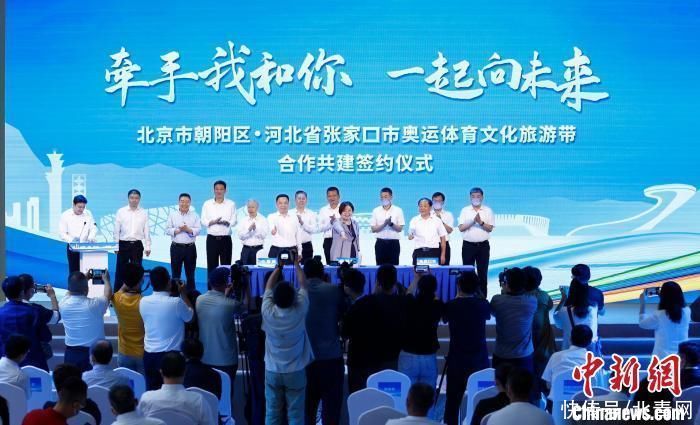 Beijing Winter Olympics has left top Olympic venues for Jingzhang. The reporter learned from the signing event that Beijing Chaoyang and Hebei Zhangjiakou will join hands to create a gathering place for important events. Specifically:

First, establish a cooperative relationship between the two places in the cultivation of sports talents, deepen the exchange of training events, and set up a training camp for youth skiing in Chaoyang District in Chongli District, Zhangjiakou City. Every year, we jointly train and hold youth winter sports competitions such as skiing, ice hockey, and curling to simultaneously improve the development level of ice and snow sports in the two places.

The third is to carry out extensive exchanges of inter-city sports events to promote both the level of competition between the two places and the level of national fitness. Zhangjiakou City League and Chaoyang District National Fitness Movement will be open to each other, and the two will strengthen in-depth exchanges at the level of sports clubs and associations.

In order to promote the construction of the Beijing-Zhangzhou Olympic Sports Cultural Tourism Belt, the Chaoyang District People’s Government, the Zhangjiakou Municipal People’s Government and CYTS Holding Co., Ltd. signed a strategic cooperation framework agreement. Extensive and in-depth exchanges and cooperation have been carried out in the holding of events and activities, serving the national fitness and the integrated development of sports, culture and tourism.

Chaoyang District and Zhangjiakou City will establish a new mechanism for cultural performances, exchanges and cooperation, and jointly create a new platform for sports, cultural tourism, and benefiting the people.

The Olympic Central District is located at the northern end of the central axis, with “Bird’s Nest” and “Water Cube” (“Ice Cube”), “Ice Ribbon” ” and many other well-known Olympic venues will continue to highlight the characteristics of “Double Olympics” in the future, creating a theme activity area with water play in summer and snow fun in winter.

It is reported that, as an important part of the Olympic heritage, the Beijing Winter Olympics venues are open to the public, helping the Winter Olympics to maximize the integration of citizens’ lives. (End)