Sino-Singapore Jingwei, September 20th (Wang Yuling) When the seasons change, allergic rhinitis will set off a wave of discussion on major social platforms. According to the data provided by the health industry data platform Zhongkang CMH to Sino-Singapore Jingwei, in the second quarter of 2022, the sales volume of commonly used allergy drugs cetirizine and loratadine in the national retail market reached a new quarterly high in the past five years.

Allergy has been listed by the World Health Organization as one of the three major diseases to be prevented and controlled in the 21st century. As the main type of allergic rhinitis, according to the “Guidelines for the Diagnosis and Treatment of Allergic Rhinitis of the Chinese Society of Allergy (2018 Edition)”, the incidence of allergic rhinitis (AR) has gradually increased in countries around the world in the past few decades. 10% to 40% of the world’s population.

The number of people with allergies is increasing year by year

Ms. Luo, located in Beijing, is an urban white-collar worker. In March and April, she would have allergy symptoms, including sneezing and runny nose. her “hardest” season.

In an interview with Sino-Singapore Jingwei, Ms. Luo said that after the temperature dropped in the morning and evening in Beijing in late August, she began to have severe allergic symptoms, sneezing from morning to night, dry and itchy eyes . “My routine every morning is to take allergy medicine first and then apply eye drops. My eyes are so dry that I sometimes want to dig them out and soak them in water,” Ms. Luo said.

“After seeing the doctor, the doctor basically confirmed that it was allergic rhinitis, and gave me cetirizine tablets. After taking this medicine, it can be relieved a little, but the next day will still be bad. It’s uncomfortable.” Ms. Luo said that allergies have a very negative impact on work and life, sometimes she can’t even look at the computer screen, and when the symptoms are severe, she will consider whether it is time to change city life. 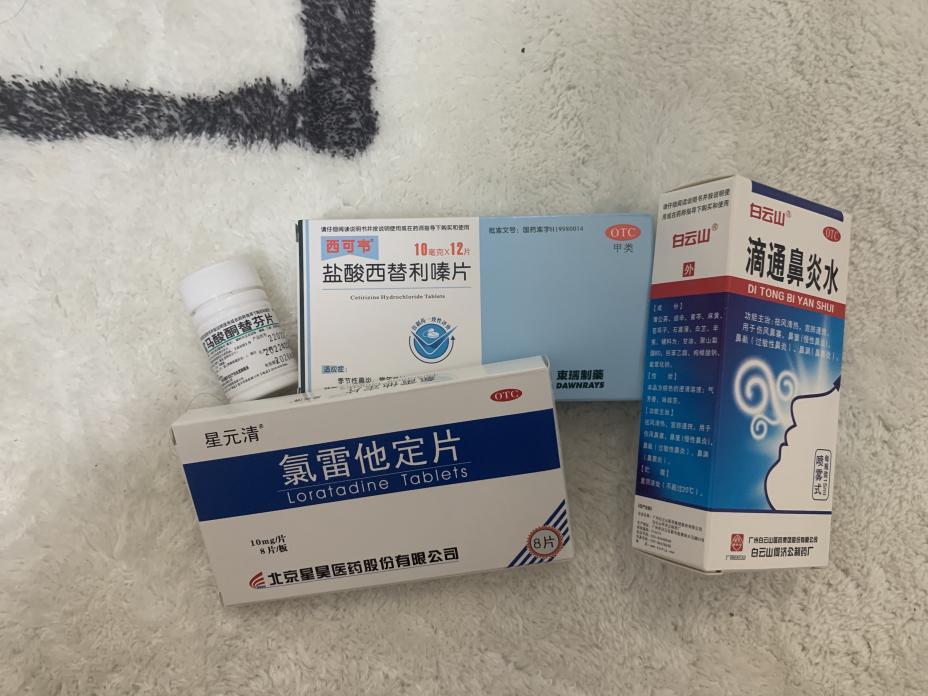 Ms. Lo’s experience is not unique. In an interview with Sino-Singapore Jingwei, Ren Huali, deputy director and chief physician of the Allergy Department of Beijing Electric Power Hospital (specializing in treating various allergic diseases), just finished the morning consultation. Sixty or seventy allergy patients were treated in one morning. She told Sino-Singapore Jingwei that the number of outpatients has increased significantly recently, and the situation that the control effect is not good after medication has also increased.

“In the three years since the establishment of the Allergy Department in our hospital, the outpatient volume of allergic patients has doubled year by year. Last year doubled compared with the previous year, and this year’s outpatient volume has increased by 20% compared with last year as of recently. Of course, the increase in the number of patients in a center is not enough to prove the increase in social patients, and whether the number of patients increases year by year needs to be confirmed by epidemiological investigations.” Ren Huai said.

Huachuang Securities has released a research report saying that with the increasing global environmental pollution and changes in lifestyle and medication, the incidence of allergic diseases is increasing year by year. .

“If you have sneezing and runny nose for more than a week in the spring and autumn, especially those with extremely itchy eyes, you must go to the allergy department in time.” Ren Huai said.

According to public information, allergic reaction refers to the specific reaction of the body after being re-stimulated by the same antigenic substance, which is manifested as tissue damage or physiological function disorder. As the most common type of allergic reaction, allergic rhinitis, also known as allergic rhinitis (AR), is a non-infection of the nasal mucosa mainly mediated by immunoglobulin E after atopic individuals are exposed to allergens (allergens). chronic inflammatory diseases.

The aforementioned cetirizine and loratadine, as long-acting antihistamines, are well-known for relieving symptoms such as nasal itching, sneezing and nasal hypersecretion. Over-the-counter medications used to relieve symptoms of allergic rhinitis.

Zhongkang CMH data shows that in the statistical period from 2017 to the second quarter of 2022, the quarter is used as the standard, regardless of brands, cetirizine, loratadine The sales volume in the national retail market has obvious seasonal characteristics, and the sales peak occurs from April to September every year.

From the perspective of vertical time, taking the second quarter as a reference indicator, Sino-Singapore Jingwei noticed that the sales volume of cetirizine has increased year after year, especially in the second quarter of 2022, the single-quarter sales volume reached 54 million yuan, an increase of 17.39% year-on-year, and the growth rate was significantly higher than in previous years.

Loratadine also has record sales. In the second quarter of 2022, the quarterly sales volume of loratadine reached 398 million yuan, an increase of 11.80% year-on-year, and the sales volume reached the highest quarterly volume in the past five years.

Cetirizine and loratadine are also gaining popularity on social platforms under the new high sales. Some netizens called themselves “cetirizine people” and “loratadine people”, and they had to rely on drugs to “extend their lives”; When will it end?”

It is no accident that these two drugs are selling well. From the perspective of the overall categories, according to the data provided by JD Health to Sino-Singapore Jingwei, sales of anti-allergic drugs including OTC sprays, OTC drugs, and prescription drugs increased by about 40% in August 2022 compared with the same period last year.

“The first is to identify allergens, including pet cat, dog dander, dust mites, molds, etc., avoiding contact with allergies as much as possible can relieve and delay the course of the disease; second, use drugs to control symptoms, For example, antihistamines can relieve allergic symptoms and improve the quality of life. The third desensitization treatment should be applied as soon as possible, but desensitization does not mean cure, and patients need to avoid contact with allergens as much as possible.” Ren Huai said.

Although there is no complete cure, according to the “Treatment Guidelines”, drug therapy is still an important prevention and treatment strategy for allergic rhinitis (AR). Sino-Singapore Jingwei noticed that with the gradual increase of allergic people, the anti-allergic drug market has expanded year by year, and sales of many large single products have exceeded 100 million.

In addition to the conventional first- and second-line drugs listed in the Treatment Guidelines, there are a number of symptomatic drugs that are seeing high sales.

According to the 2022 semi-annual report of Tai Chi Group, the sales revenue of nasal sinusitis oral liquid was 102 million yuan, a year-on-year increase of 49%. According to the Kaiyuan Securities Research Report, Taiji Group’s Sinusitis Oral Liquid has been used in clinics as an in-hospital preparation since the 1970s, which can quickly relieve symptoms such as nasal congestion and runny nose in patients with acute and chronic sinusitis and allergic rhinitis.

As for the desensitization treatment mentioned above, the representative product of Wuwu Biotechnology, which is mainly engaged in the treatment and diagnosis of allergic diseases, is dust mite drops, with sales of 796 million yuan in 2021. , Artemisia annua pollen allergen sublingual drops will be launched in early 2021. According to the semi-annual report, its sales in the first half of 2022 will be 3.86 million yuan.

In addition to the allergy symptomatic drugs that have been marketed and circulated, Sino-Singapore Jingwei checked and found that the information on the National Drug Clinical Trial Registration and Information Publicity Platform shows that only for allergic rhinitis indications, there are a total of 59 domestic drugs. Clinical trials are in progress, and many well-known pharmaceutical companies are trying to “dig money”.

Grand Pharma stated in its semi-annual report that the innovative drug Ryaltris Compound Nasal Spray was launched in China for the treatment of seasonal allergic rhinitis (SAR) and rhinoconjunctivitis in patients aged 12 years and above The symptomatic multicenter Phase III clinical study has completed the first patient dosing.

(The opinions in this article are for reference only and do not constitute investment advice. Investment is risky, and you need to be cautious when entering the market.)

Sino-Singapore Jingwei All rights reserved. Without written authorization, no unit or individual may reproduce, extract or use in other ways.