Recalling that in those years, the plane I took to transfer from Munich Airport took about 3 hours to arrive in Athens, the capital of Greece, at 11:00 noon (Greece time is 5 hours later than Beijing time).

Greece is located at the southern tip of the Balkan Peninsula in southeastern Europe, facing the Aegean Sea in the east and facing Africa across the Mediterranean Sea in the south. It is said that Greece has three treasures: sun, sea and stone. There are mostly sunny days and plenty of sunshine here, and it is known as the “balcony of Europe”. It’s just that the sun on this “balcony” is too fierce. After walking on the street for a while, we were all sweaty and our scalps were hot.

Greece belongs to ancient civilizations like China, India, Egypt and Iraq. I once said when I was in Europe: “In the ancient capital of Rome, every stone is a cultural relic”. In Greece, there are more stones belonging to ancient cultural relics, and they are all hard marble. On the most beautiful Aegean coast outlined by the long coastline of the Mediterranean Sea, there are almost everywhere heavy historical and cultural sites.

Due to the abundant sunshine all year round in Greece, numerous cultural relics and monuments, as well as the charming scenery of more than 1,500 islands in the Aegean Sea, coupled with the hospitality of the Greeks, this place has become one of the most popular places in the world. tourist destination. About 8 million tourists come for sightseeing or vacation every year. If you are walking on the streets of Athens, or on the coast of the Aegean Sea, you will see groups of travelers of all skin colors slowly passing by you.

Greece is suitable for tourism all year round, and each season has its own characteristics. From April to October every year is the peak tourist season in Greece, because the sun is strong during this time. Travelers from Europe and the United States will only take off their shorts, lie in rows on the golden sands of the Aegean coast, hand over their white bodies to nature, and enjoy the sun to their fullest. But by October to April, hotels large and small in Greece were closed. Tourism resources need rest and protection, and the Greeks need rest.

The local tour guide is a Chinese student with the surname You. He led us to lunch at a Chinese restaurant on Athens Street, and the tour began. The first attraction to visit is naturally the world-renowned Acropolis in the city of Athens.

Acropolis is located on a mountain of about 4 square kilometers in the city of Athens. The Acropolis is a veritable mountain of stones. In addition to the stones on the mountain, there are marble fragments scattered all over the mountain from buildings that have been destroyed for thousands of years. Except for the west side, the other three sides of the Acropolis are cliffs. In 1500 BC, this high place was the seat of the royal palace, surrounded by fortified walls. Beginning in 800 BC, houses were gradually built around the high ground to form a city. On the high ground, temples and other sacrificial buildings are built year by year, thus forming the Acropolis. 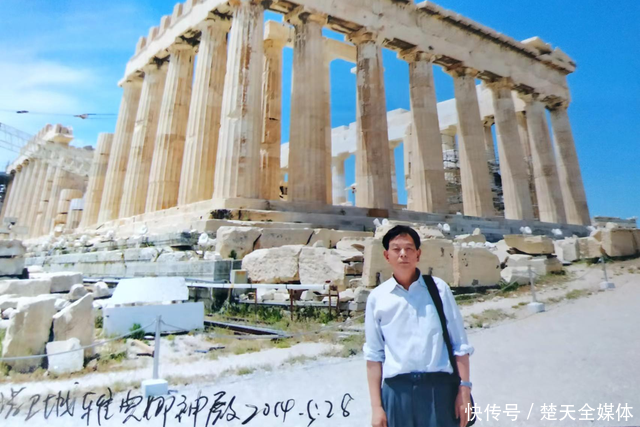 The car parked at the foot of the mountain and we walked up the mountain. Halfway up the mountain, there is a tall, majestic and steep mountain gate. This is the official entrance to the Acropolis, and visitors need to climb dozens of steps to enter the Acropolis. The mountain gate is now dilapidated, but its beautiful design can still be seen. On the outside of it are tall stone pillars, standing majestically, making the climbers reverence spontaneously. When passing by these pillars, some broken stone roofs can also be seen. The previous roof was gilded and painted.

In the 10 years after 440 BC, the Parthenon was the most dazzling pearl in the planning of the huge public facilities in Pericles. This huge building was completed under the guidance of Chief Architect Fityas. It was completed in 421 BC and is located in the southern part of the Acropolis Hill. The Parthenon is elegantly designed and magnificent. It is surrounded by rows of tall, sturdy, white marble columns, towering high and standing majestically on the top of the Acropolis for thousands of years. It is a monument of ancient Greek architectural art, known as “the temple of the temple”.

The Parthenon worships the goddess Athena in ancient Greek mythology as a pure and flawless virgin goddess and regards her as the protector of the city of Athens. The statue of Athena, designed by Phidias, is made of pure gold and ivory and is 12 meters high. The statues are lifelike and beautiful. Displayed in the dim temple, still shining with gold. For thousands of years, Athena became the supreme goddess and idol of the Greeks. At the end of antiquity, the priceless statue was looted by the invading Ottoman Empire and taken to Constantinople, where it has never been known.

Temple of Zeus in Athens, Greece

In the Acropolis, in addition to the Parthenon, there are many other sacrificial buildings. Building materials They are all made of extremely hard white marble, majestic and magnificent. The Acropolis Museum at the foot of the Acropolis in Athens collects four statues of goddesses (one was stolen by the Turks, and one was collected by the British Museum of Great Britain). Impressive femininity and the ideal style of an ancient maiden can still be seen. A closer look reveals traces of folds and patterns in makeup, earrings, and intimate clothing.

I’m on a tour After the pyramids of ancient Egypt, he once expressed his emotions: the more ancient the civilization, the more heavy the historical burden; the more ancient the nation, the more unfortunate disasters it has encountered. Egypt has a history of 5,000 years and has been enslaved by others. It lasted for 1300 years. Babylon and India were also ruled and enslaved by others. Even ancient China was invaded and looted by the Allied Forces of Eight and Japanese imperialism. 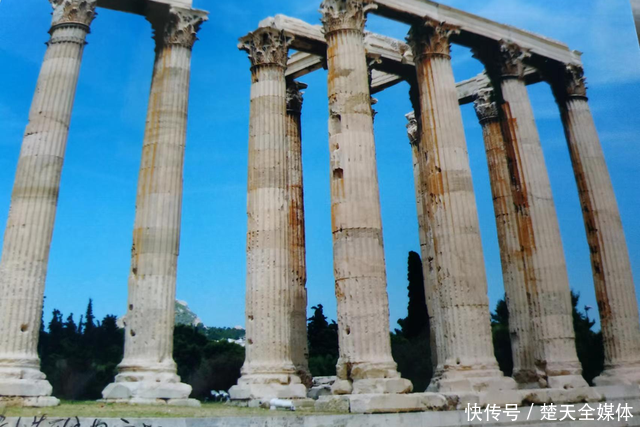 Ancient Greece is even more ill-fated. Since 490 BC, Greece has been ruled and enslaved by ancient Persia, Sparta, ancient Rome, Venice, Turkey and others for more than 2,000 years. After being looted by the invaders, it has long been riddled with wounds and scars. Especially in 1687, the Venetian mortar bombing detonated the Ottoman Turks’ arsenal in the Parthenon on the Acropolis Hill. The Temple of the Tenon was destroyed, the roof of the temple flew into the sky, and the entire Acropolis Hill was scattered with fragments of the temple marble. Unbearable. What I can see now is only the tall marble pillars around the temple, standing alone on the Acropolis Mountain, as if they are leaning towards the world Telling it about the thousand years of suffering it has gone through also seems to show people its indomitable and indomitable temperament despite the catastrophe!

Down from the Acropolis Hill, our tour guide Xiaoyou led us to visit the Atticus Amphitheatre, Erichion Temple, Acropolis Museum and Dionysus Theater around the Acropolis. (Bacchus Amphitheater), Temple of Zeus and the Greek Parliament.

Among these visits, the one that impressed me the most was the Temple of Zeus. The Temple of Zeus is located on the flat ground below the Acropolis Hill. The Temple of Zeus can no longer be called a temple now. Due to the destruction of the ancient wars, the temple has no walls, no roof, and no statues. The huge temple of Zeus, now only sixteen marble pillars with a height of 70 meters are left, standing side by side in an open space, unruly, defying the sky, continuing to demonstrate the thick history of thousands of years, the smoke of the times!