This article is from: China News Network 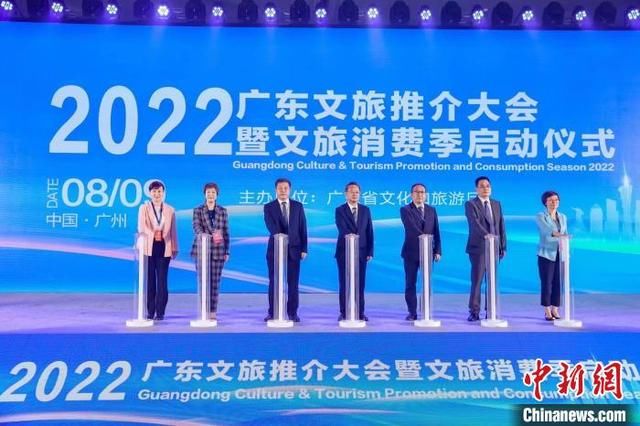 This promotion conference focuses on the theme of promoting consumption, focusing on displaying the outstanding achievements and highlights of Guangdong’s cultural tourism industry, stimulating the potential of cultural tourism consumption, and better meeting the people’s needs for a better life. This is a cultural and tourism industry brand activity launched by Guangdong under the background of normalized epidemic prevention and control, focusing on epidemic prevention and control on one hand, industry bailout and market recovery on the other, and fully integrating the advantageous resources of “one conference, one exhibition and one season”.

The event site comprehensively used 3D, AR, VR and other technologies to launch a 3D promotional video for Guangdong Cultural Tourism, which comprehensively displayed Guangdong’s high-quality cultural tourism resources and industrial digital R&D practice results, bringing an immersive and three-dimensional audio-visual experience to the audience. The video of representatives of overseas cultural and tourism organizations and the promotion video of cultural tourism in 21 cities in Guangdong Province were also played on the spot to strengthen exchanges and exchanges in the cultural and tourism industry.

The conference held the awarding ceremony of “Typical Cases of Digital Application in the Field of Culture and Tourism in Guangdong Province in 2022” and “Typical Cases of Cultural Industry Empowering Rural Revitalization in Guangdong Province in 2022”. A classic case of achievement and effectiveness. In addition, Shantou Cultural Center, Guangzhou Song and Dance Theater, Guangdong Cantonese Theater and other units brought unique cultural programs with Lingnan style.

The 2022 Guangdong International Tourism Industry Expo will also be held at the same time as the promotion conference. For the first time, an immersive “metaverse” scene will be built, and the exhibition will be held in an “online + offline” integration model. The online travel expo platform will be launched simultaneously with the offline exhibition and will last until September 8. The participants cover 21 prefecture-level cities in Guangdong Province and 5 domestic provinces (autonomous regions and municipalities), and more than 30 countries and regions. Regional online and offline exhibition participation.

According to the introduction of Guangzhou Travel, starting from that day, the offline stores of the travel agency will carry out the “Travel Expo Offline Branch Venue” hot-selling activity, and launch more than 1,000 tourist routes including outbound and in Guangdong Province. Inter-provincial travel discount of up to 1,000 yuan.