Pediatric emergency department often encounters various situations such as accidental ingestion and overdose, among which the most common is antipyretics. So what should I do if I encounter excessive oral antipyretics?

The safest antipyretics most commonly used in children include acetaminophen and ibuprofen. What are the usual doses of these two medicines? How much is too much to eat?

It can be seen from the characteristics of the two drugs[1]: 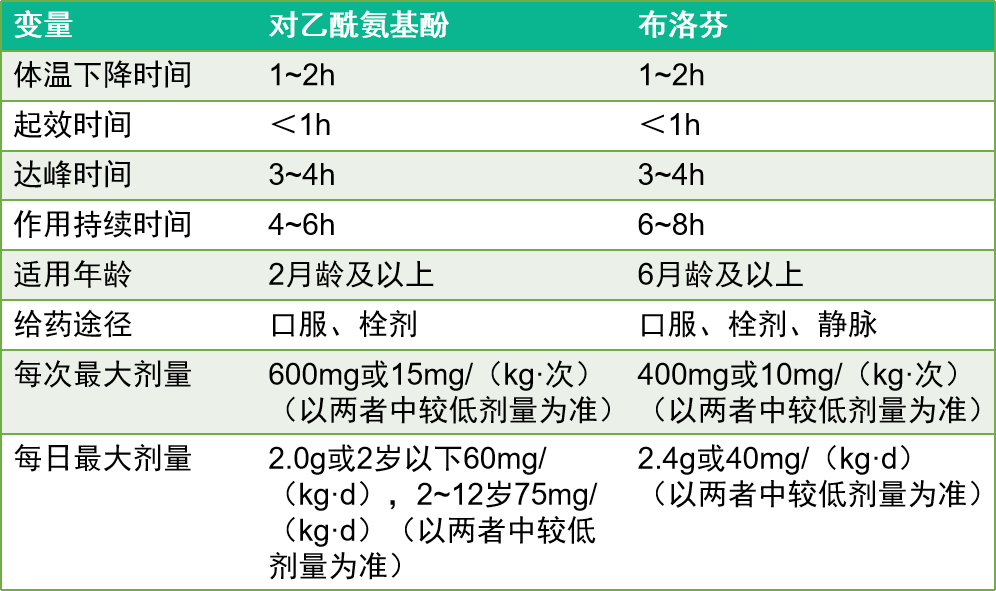 Table source: Expert consensus on the rational use of antipyretic analgesics in the symptomatic treatment of children with fever

How to deal with an antipyretic overdose[2]?

The general handling principles are as follows:

01. Closely monitor vital signs: including respiration, pulse, blood pressure, body temperature, urine output, skin and mucous membranes, state of consciousness, etc.; if the child’s vital signs are stable, It should be transported as soon as possible after initial treatment; if vital signs are unstable, rescue measures to stabilize vital signs should be performed.

03. Promote the excretion of absorbed toxins: including rehydration, diuresis, acidification, and alkalinization of urine.

04. Use a powerful antidote in a timely manner.

06.Transportation: If it cannot be handled, it should be transported in time after the vital signs are stabilized.

What to do if I overdose on acetaminophen[1,3]?

02.Removal of acetaminophen from the digestive tract:

① Emesis: ipecac syrup can aggravate the symptoms of nausea and vomiting, and reduce the efficacy of activated charcoal and oral antidote, so it should not be used routinely;

④ Catharsis: laxatives are not recommended;

① N-acetylcysteine: N-acetylcysteine ​​is an antidote for acetaminophen, 8-10 hours of administration can significantly reduce liver toxicity, more than 24 hours The curative effect is poor. Begin with oral 140 mg/kg, followed by 70 mg/kg every 4 hours, for a total of 17 doses (total dose 1330 mg/kg).

② Reduced glutathione: studies in animals and humans have shown that this drug can resist a variety of substances, including acetaminophen-induced cell damage, protect liver cell membranes, and generally The dosage is 30 mg/kg/d [4]. 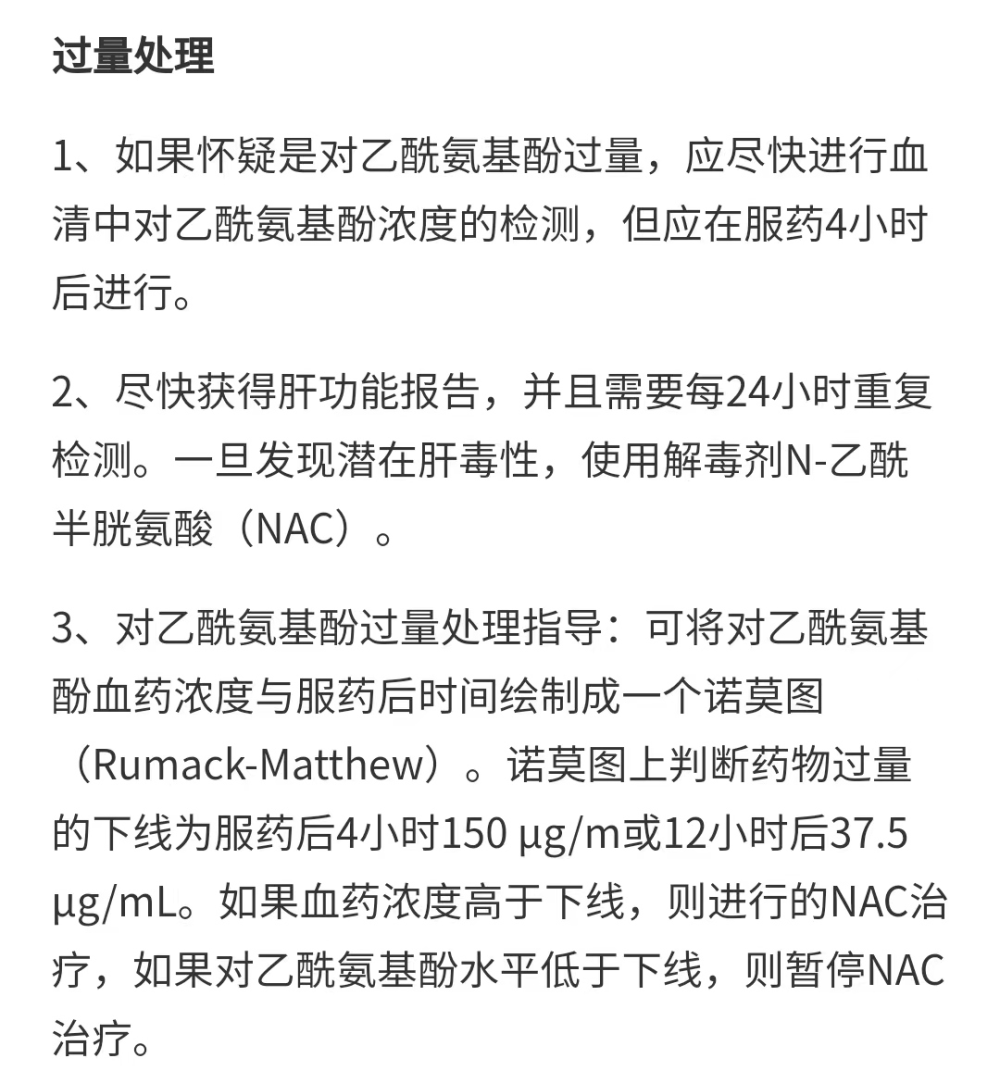 2. What should I do if I overdose on ibuprofen?

When ibuprofen is overdose, supportive therapy is generally used, and more fluids are added to increase urine output and excrete toxins. Gastric mucosal protective agents can be used for gastric mucosal damage.such as sucralfate.

There is no specific antidote for ibuprofen poisoning[5], and there is no drug overdose in the instructions for chabuprofen. to the following processing. 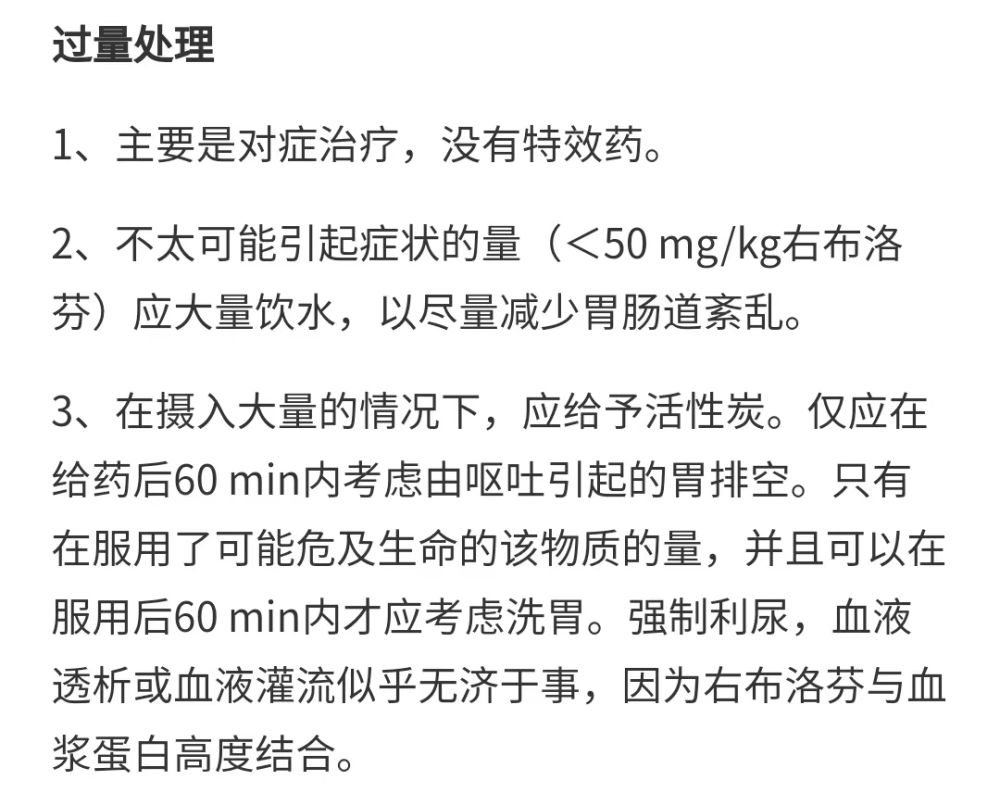 What are the adverse effects of each drug at normal doses? How to deal with it? Table source: Expert consensus on the rational use of antipyretic analgesics in the symptomatic treatment of children with fever

Normal dose, when should acetaminophen not be used[1]?

Acetaminophen is contraindicated except for etiological treatment [7].

G6PD is mainly distributed in red blood cells and can protect red blood cells from oxidative damage. It is mentioned in the 2020 edition of “Expert Consensus on the Rational Use of Antipyretic and Analgesics in the Symptomatic Treatment of Children’s Fever” Antipyretic analgesics such as acetaminophen are contraindicated in children with G6PD deficiency [8].

When should ibuprofen be used with caution?

01. Kidney damage: ibuprofen may aggravate kidney damage, and it is contraindicated in children with moderate or above abnormal renal function damage or renal insufficiency with fever ibuprofen [7].

03. When associated with active peptic ulcer, hemophilia and other bleeding diseases, gastrointestinal mucosal stress syndrome is prone to occur, which aggravates the ulcer and causes gastric Bleeding, purpura, etc.