For the most common driver gene mutations in lung cancer, EGFR and ALK, a variety of targeted drugs with good efficacy are currently used for treatment, and many patients have benefited from them. However, lung cancer patients without driver mutations often have no opportunity for targeted therapy. Treatment options for these patients are immune checkpoint inhibitors targeting PD-1. According to the PD-L1 expression in the patient’s tumor tissue, the choice of PD-1 inhibitor treatment alone or PD-1 inhibitor combined with chemotherapy.

However, even with PD-1 inhibitors, the emergence of drug resistance cannot be avoided. To this end, researchers have explored a variety of treatment options, including vascular endothelial growth factor (VEGF) inhibitors. Anti-angiogenic targeted drugs can play an assisting role in immunotherapy. 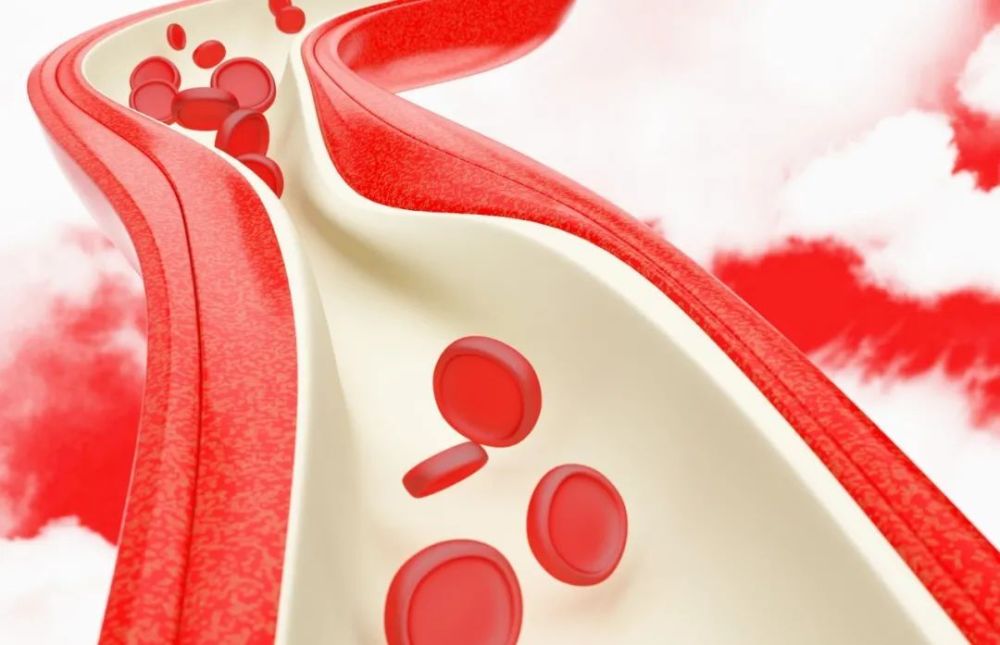 Nintedanib is an oral anti-angiogenic targeted drug with multiple targets such as VEGFR1, 2, and 3. The European Union and others have approved nintedanib combined with docetaxel for the second-line treatment of non-small cell lung adenocarcinoma for patients with lung cancer whose disease has progressed after first-line chemotherapy.

Thanks to the development of medicine, the current first-line treatment of advanced lung cancer is not only chemotherapy alone, but PD-1 inhibitor combined with chemotherapy, so researchers began to analyze the progress of chemotherapy combined with immunotherapy Afterwards, can patients benefit from using nintedanib in combination with docetaxel?

Cancer Degree Take everyone to see the treatment cases below.

Second-line nintedanib for up to 32 months after immunotherapy resistance

A 57-year-old Caucasian female patient was diagnosed with stage IV lung adenocarcinoma, no driver gene mutation was detected, and PD-L1 expression was less than 1%. Magnetic resonance imaging revealed no brain metastases, and the patient had a history of smoking and chronic cough. Has high blood pressure and type 2 diabetes.

The first-line treatment of the patient was pembrolizumab combined with carboplatin and pemetrexed. Later maintenance therapy with pemetrexed and pembrolizumab was used. Tumor lesions shrank during treatment and achieved partial remission, which lasted 15 months. After 8 months of first-line therapy, the patient experienced disease progression 4 months after discontinuation.

Second-line patients choose nintedanib plus docetaxel, but after 4 months, docetaxel was discontinued due to fatigue, anemia, and leukopenia, and nintedanib alone was used Maintenance treatment. The patient has been treated with nintedanib for up to 32 months.

The disease has progressed many times, and nintedanib combined with chemotherapy has achieved another challenge

A 49-year-old Caucasian woman was diagnosed with stage IV lung adenocarcinoma. Genetic testing confirmed KRAS mutation and PD-L1 expression was negative. The patient had a history of smoking and smoked approximately 10 packs per year. The patient’s first-line therapy consisted of 4 cycles of the PD-L1 inhibitor atezolizumab, carboplatin, and paclitaxel, followed by 4 cycles of maintenance therapy with atezolizumab. Adverse reactions during treatment included grade 3 alopecia and nausea (controlled with antiemetics).

First-line therapy was effective, with partial remission in tumor shrinkage, but progression after 6 months. Subsequent radiation therapy resulted in a combined synergistic effect that maintained the partial remission for an additional 16 months.

After the disease relapsed, cisplatin combined with pemetrexed was used in the second line, and then the maintenance treatment with pemetrexed alone achieved partial remission, which lasted for 5 months.

The disease progressed again, and the patient began treatment with the PD-1 inhibitor nivolumab, 480 mg of nivolumab every four weeks, and achieved stable disease. Four months later, the disease relapsed, and the patient was again given the chemotherapy drug pemetrexed for fifth-line therapy. Up to now, the patient’s condition is still in a stable stage, and it has been 56 months since the diagnosis. 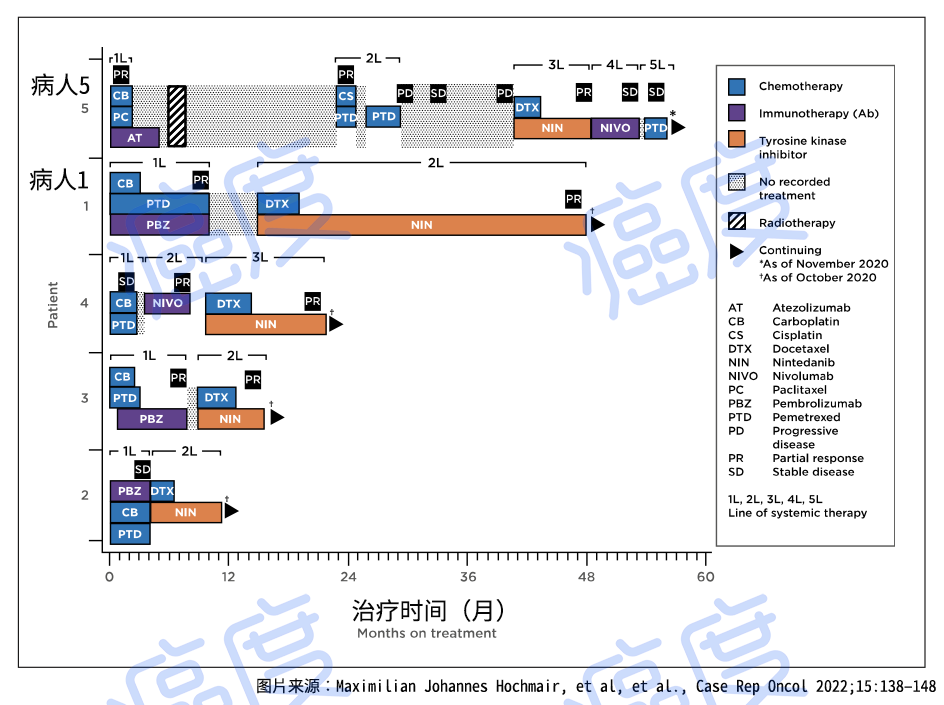 Therefore, it is recommended that patients communicate with their doctors as much as possible before taking medication, and choose to combine anti-angiogenic targeted drugs with chemotherapy drugs according to their own conditions, which may reverse the resistance of PD-1 inhibitors. medicine, and get the chance to perform immunotherapy again.

The tailing effect of immunotherapy cannot be underestimated, and it is hoped that more and more patients will benefit from immunotherapy and achieve long-term survival.