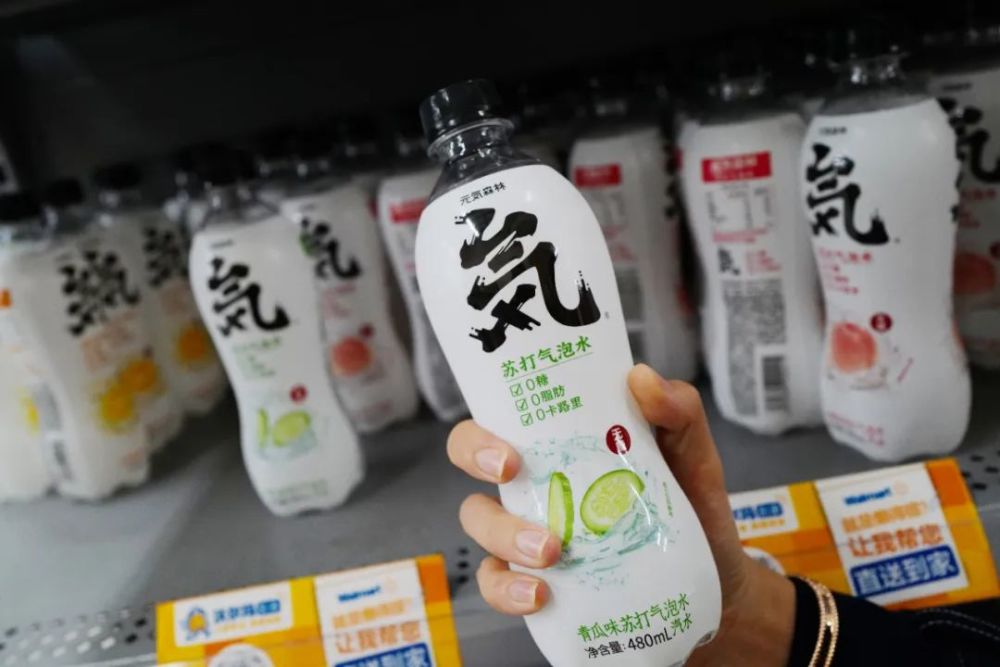 Recently, a video released by an actor caused a heated discussion on the Internet.

Feng Lei, the actor who played “Zhao Ruilong” in the TV series “In the Name of the People” said that he bought a bottle of sparkling water and found that there were more than 200 kinds of ingredients listed on the ingredient list. The table contains a variety of fruits, vegetables and even chives, peppers, etc.

Some netizens noticed that this sparkling water is called “ISDG Jasmine Enzyme Sparkling Water Grape Flavor (Soda)”, with the words “0 sugar, 0 fat, 0 energy”. It mainly emphasizes that there are 232 kinds of plant enzymes in vegetables and fruits, which are good for health and can “lie down easily and win a good figure”. The price is much higher than that of sparkling water on the market. In this regard, some experts emphasized that consumers are easy to fall into the consumption trap of “0 sugar and 0 fat” by merchants. Many times this is a game of words. “0 sugar” does not mean sugar-free, It may just be that no sucrose is added, but other sugars such as fructose, fructose, etc. are added.

Indeed, I don’t know when it started, among young people, various sparkling waters known as “0 sugar and 0 fat” began to become popular.

In addition to the well-known vitality forest in the industry, some old brands in the beverage industry have also joined the sparkling water runway to seize the market, such as Yili, Nestle, Watsons, Wahaha, Jianlibao and Nongfu Spring, and even two Upstarts in the milk tea industry – Nai Xue’s tea and coco can be made into bubble tea now. Why has the bubble of sparkling water been blowing bigger and bigger in recent years?

The beginning of sparkling water

Strictly speaking, most domestic brands of sparkling water belong to soda water. Based on various additives added to create different flavors, it is not an exaggeration to call them carbonated drinks.

Natural gas bubble water is taken directly from the mineral spring, which contains its own gas and is also rich in minerals. Hundreds of years ago, when Europeans did not have professional sparkling water preparation technology, they relied on scooping these big bubbles and small bubbles from the mysterious part of Mother Nature to make the natural sparkling water of Yuquan.

Seltzer, a small town in Germany, is rich in such carbon dioxide-filled mineral springs. Numerous ancestors who chase sparkling water meet all kinds of “bubble friends” to visit here, trying to be pious and virgin. Gesture, lying beside the spring, licking the bubbles in the dream like kissing the toes of Jesus. In the late 18th century, local residents who were enlightened by capitalism discovered that these mineral springs were simply the code of wealth, so they started a bottled sales business and directly used Seltze as the trade name.

By the late 1950s, the definition of the term seltze was expanded to refer to all sparkling water containing only carbon dioxide. In this period, artificial sparkling water has also been developed for nearly 200 years.

Joseph Priestley is the founder of the artificial sparkling water production process. This chemistry genius, who has been the first in eating and sleeping like Zhu Chaoyang since he was a child, not only highlights the history of science with shocking acts such as the discovery of oxygen, or teaches literature, linguistics, debate, eloquence, law, modern history and even The form of subjects such as anatomy squeezes the living space of peers, and also does some down-to-earth applied research at a brewery under its own name in Leeds, England.

In 1772, Priestley published an academic paper titled “Impregnating Water with Fixed Air,” describing the process of producing sparkling water: Sulfuric acid is dropped on the powder to generate CO2, which is then dissolved in a nearby bowl of water.

After Priestley, many companies that sensed a business opportunity followed this model to produce Fat House Happy Water. By the 19th century, many modernSparkling water brands such as Schweppe and Perrier took the stage. With the advancement of technology, people also began to choose to manually pressurize and pump CO2 to obtain sparkling water with a higher concentration. 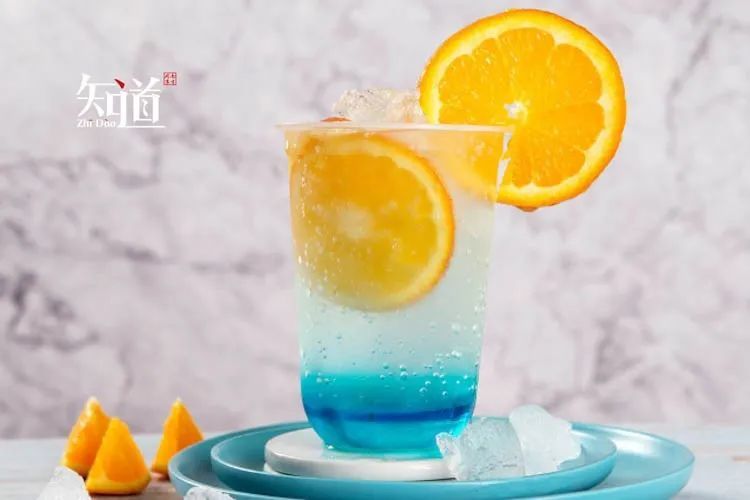 On this basis, adding sodium bicarbonate (baking soda) to the water to adjust the flavor is naturally a natural operation. The claim that soda water advocated by many businesses today can lower uric acid and nourish the stomach is based on the fact that the sodium bicarbonate inside has the ability to neutralize acid, but these copywriting cannot stand up to the truth.

All in all, with or without sodium bicarbonate, sparkling water does little to lower uric acid. For gout patients, the best way to control the level of uric acid is to follow the doctor’s advice and actively treat them.

In addition, there is also a lot of room for discussion about the use of sparkling water to create a satiety effect so that eating less is conducive to weight loss. Not to mention whether you can still firmly indicate that you have gas in your belly after burping twice, just discussing foods that feel full, you can make a list of healthy and delicious foods that are recommended by the majority of fitness men and women. Why bother to rely on beverages to create satiety? 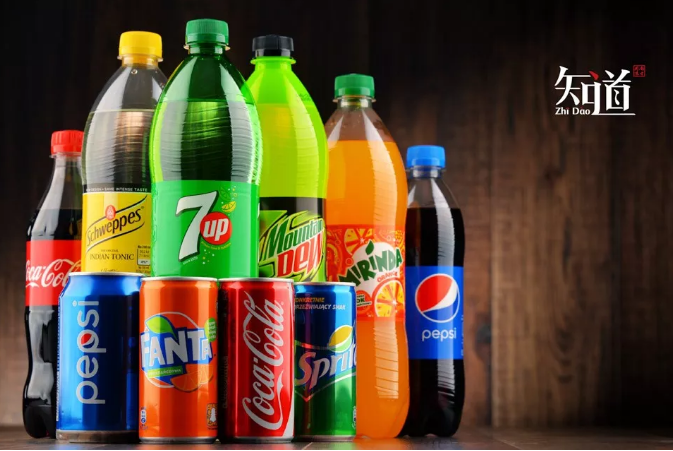 Why does carbonic acid make us happy?

However, for a drink that costs a few dollars, we really don’t need to worry too much about a certain piece of untrue copy of unknown origin, and the mainstream sparkling water brands in front of us are typing The slogans all focus on the perfect combination of “fruit flavor” and “zero-calorie glycolipid”, which is similar in strength to “Nongfu Spring is a little sweet”.

Scientists have explored the stimulating effect of carbonated solutions on the human oral cavity. They found that if we exposed our tongue to a carbonated solution for a few seconds, we felt pain; the higher the concentration of carbonic acid and the lower the temperature of the solution, the more intense the pain; after the stimulus was removed, the sting The pain and numbness may continue for some time.

The pain caused by the bubbles of carbonated liquid can make the drinker feel irritated and cheerful. It’s a bit like the taste strategy of chili: it brings a spicy feeling by stinging the tongue, which makes many spicy lovers feel refreshed.

At first, some people thought that it was because the bubbles in the carbonated liquid burst in the mouth, thus giving a physical blow to the tongue; but the researchers found through “drinking carbonic acid in a pressure chamber” that even if the bubbles do not burst, the irritation still exists .

Subsequent studies have shown the presence of a carbonic anhydrase in the cells on the human tongue that sense sour taste. When carbonic acid hits, it reacts with it, creating a pop. An interesting fact is that after taking altitude sickness drugs that inhibit carbonic anhydrase, climbers found that the sparkling champagne, which should have been refreshing, tasted as dull as plain water.

American scientists Bruce Bryant and Nicholas Ryba both believe that this craving for carbonation may be the reason humans “enjoy the body and warn themselves of danger” A manifestation of “existence”—our attitudes toward spicy food are also based on this absurd-sounding pattern of behavior.

There is also a more reliable speculation: Humans and many animals need to have the ability to judge whether food is rotten, and rotten food often emits carbon dioxide. If our tongues can be sharp If you can identify carbonic acid well, you can naturally rule out health threats.