In the past three decades, the first-line treatment options for ES-SCLC patients are mainly platinum-based chemotherapy, i.e. etoposide combined with carboplatin or cisplatin, i.e. EP regimen and EC regimen . Despite high initial response rates to chemotherapy, most patients relapse or progress within a year due to drug resistance and have to receive second-line therapy. The response rate of second-line treatment is about 10% to 20%, and the survival period after second line is about 3 to 7 months.

Existing PD-1/L1 performance is not satisfactory

In recent years, the emergence of immune checkpoint inhibitors (ICIs) has brought new clinical options for ES-SCLC patients. Based on the results of the IMpower133 study and the CASPIAN study, the US FDA approved two anti-PD-L1 monoclonal antibody combination chemotherapy regimens in 2019 and 2020, namely atezolizumab + etoposide/carboplatin, and duval Rimumab + etoposide/cisplatin or carboplatin.

These two PD-L1 inhibitors combined with chemotherapy, although their efficacy has been proven, have been recommended as first-line treatment options for ES-SCLC by guidelines, and they have won 2- 3-month overall survival advantage. However, in the case that many other cancers have turned into “chronic diseases”, the characteristics of small cell lung cancer with high malignancy and rapid disease progression have not changed, and every extra month of survival advantage can be won for patients. More possibilities, therefore, the survival benefit of patients still needs to be further improved. The other two PD-1 drugs, nivolumab (Drug O) and Pembrolizumab (Drug K), initially received accelerated approval from the FDA, but the results of phase III clinical studies were inconsistent. Failing to meet expectations, the indications for small cell lung cancer were successively withdrawn from the FDA, which can be said to have ended in failure.

On September 27, 2022, Henlius’ self-developed anti-PD-1 monoclonal antibody H-drug Hansezoid® (slulimumab) combined with chemotherapy in the first-line treatment of patients with extensive stage The Phase III clinical study of cell lung cancer (ES-SCLC) was published in the internationally renowned medical journal JAMA (The Journal of the American Medical Association, IF: 157.3) (Figure 1), and it became the world’s first publication in the main journal of JAMA Clinical Research on Immunotherapy for Small Cell Lung Cancer. 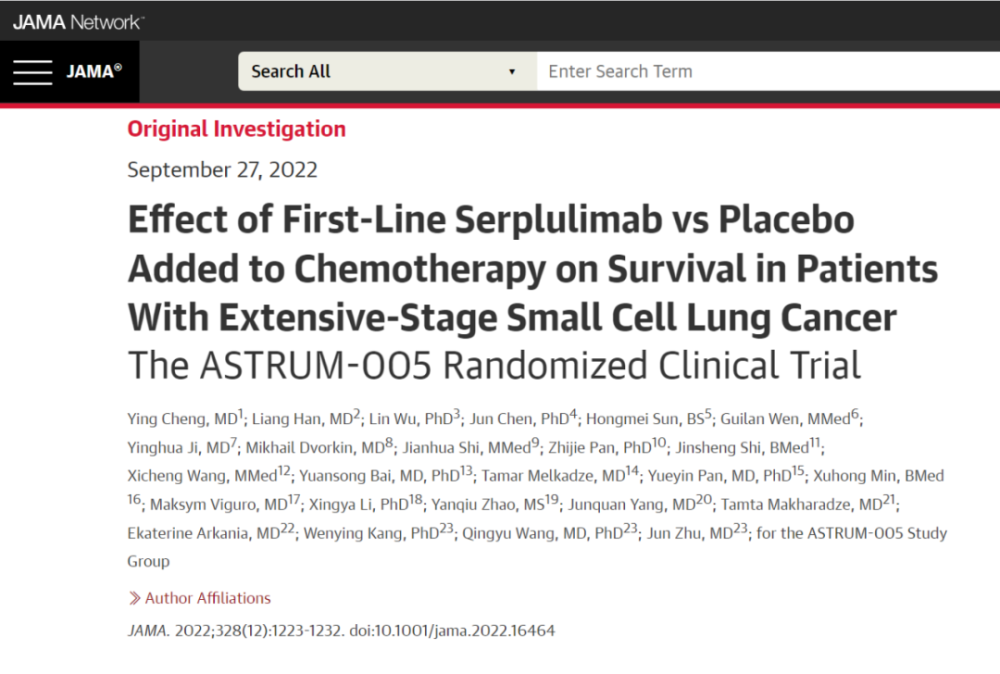 Under the background that the existing PD-1 in the indication of small cell lung cancer has successively failed, the eye-catching performance of H drug in the phase III clinical study ASTRUM-005 is precious . Drug H combined with chemotherapy not only achieved the longest and most significant OS of 15.4 months in the current ES-SCLCfirst-line treatment, but also prolonged the survival by 4.5 months compared with the chemotherapy group (15.4 months) vs 10.9 months), the 24-month overall survival rate also reached 43.1% (7.9% in the chemotherapy group), which almost doubled the two-year survival rate compared to the 20% probability of the marketed PD-L1 products. Hazard ratio (HR) reached a historically low 0.63 (95%CI 0.49-0.82, P

At the same time, the incidence of immune-related adverse events of H drug was the same as that of the approved PD-1/PD-L1 mAbs.While taking into account safety, Drug H has opened the gap with existing drugs for the treatment of small cell lung cancer, and in the case of drug O and Drug K, both PD-1 inhibitors, have failed. Proves that PD-1 inhibitors have great potential in the treatment of small cell lung cancer.

Domestic drugs break through and open the international market

As a randomized, double-blind, international multicenter phase III clinical study comparing H-drug combined with chemotherapy and placebo combined with chemotherapy in previously untreated ES-SCLC patients, ASTRUM -005 has an unprecedented scale of enrollment and the number of participating centers. A total of 128 test centers have been opened in China, Turkey, EU Poland, Georgia and other countries, with 585 enrolled subjects, more than 31.5% of which are white.

ASTRUM-005 was led by Chinese scholar, Professor Cheng Ying from Jilin Cancer Hospital. It started in September 2019 and ended in April 2021. Under the pressure of the epidemic, it was still not used. It was successfully completed in 2 years, and with many highlights of the interim results reported at the American Society of Clinical Oncology (ASCO) on June 5, 2022, it has won extensive attention and high recognition from international peers, It can be called an international pioneering work in the history of China’s small cell lung cancer research and development, and has contributed Chinese wisdom to the global treatment of small cell lung cancer. 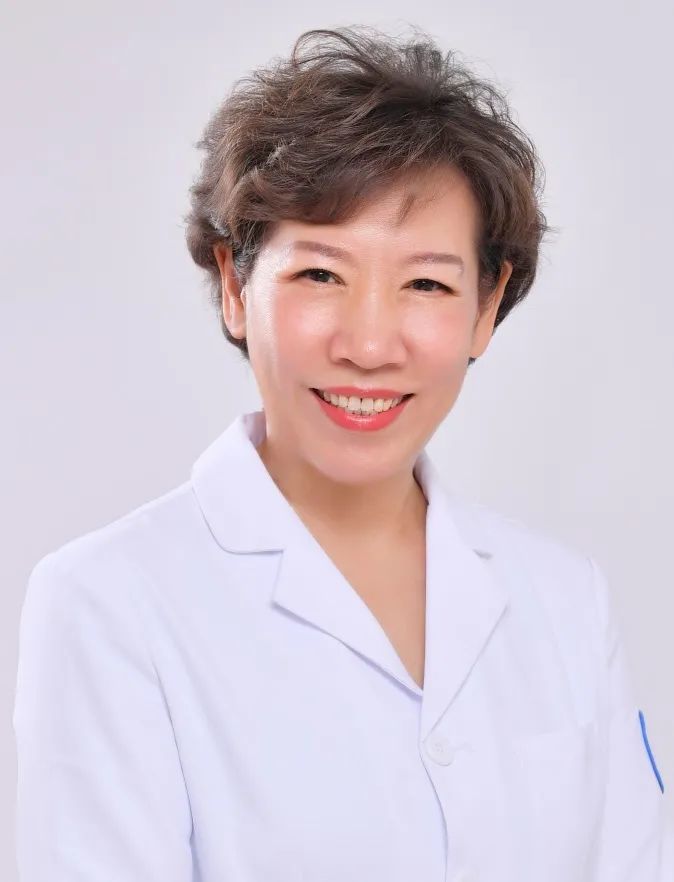 It is worth noting that behind the internationalization of H medicine, Henlius’ active planning with a global perspective is inseparable. Zhu Jun, President of Henlius, pointed out that the development of innovative drugs should start from customizing the clinical development strategy and thinking about how to avoid homogeneous competition and make products more competitive in the international market. This requires new drug clinical trials to be carried out simultaneously around the world. The criteria for review and approval by regulatory agencies also need to be fully familiar with the differences.

At present, the State Food and Drug Administration of China has accepted the marketing application of H drug for the first-line treatment of ES-SCLC indications; “CSCO Small Cell Lung Cancer Diagnosis and Treatment Guidelines (2022 Edition)” also adds H drug combination The chemotherapeutic EC regimen is recommended as the first-line treatment for ES-SCLC; in terms of overseas applications, in April 2022, drug H for the treatment of small cell lung cancer was granted orphan drug designation by the FDA; based on the positive feedback of the FDA’s submission of a marketing application for drug H for ES-SCLC Based on the feedback and the discussion results of the FDA Class C consultation meeting, Henlius also plans to launch a bridging clinical trial in the United States, and plans to submit a corresponding marketing application in the United States before Q1 2024. In addition, in the field of LS-SCLC, Henlius has also made arrangements for a randomized, double-blind, international multi-center, phase III clinical trial application of H drug combined with chemotherapy and radiotherapy in untreated LS-SCLC patients It has been approved by the State Drug Administration.