Tea fighting is a popular leisure cultural activity in ancient times. In the Jianzhou area of ​​Fujian, it was called “Ming Zhan” in the Tang Dynasty, and “Dou Cha” in the Song Dynasty.

Doucha, as the name suggests, is to evaluate and rank the quality of tea. In the Song Dynasty, ordering tea was called the “Four Arts” together with “burning incense, hanging pictures, and arranging flowers”.

For tea fighting venues, choose places with a large scale The famous tea shop has two entrances at the front and back, the large front hall is the storefront; the back hall is small and has a kitchen, which is convenient for making tea. Of course, some neighbors and workers who are interested in this way, a few people get together to talk about the tea ceremony, and there are also people who talk about it. Some houses have more elegant and clean inner rooms, or gardens with lush flowers and trees, or are near the water, or are quiet, all of which are good places for tea fighting.

The participants in the tea fight are free associations of tea drinkers, there are more than a dozen people, as few as five or six people, and there are many onlookers , as lively as watching a football game today. The tea fighters each take the best tea they have hidden, cook it in turn, and judge each other to distinguish between superior and inferior.

At the beginning of the tea fight, “two or three people gather together, Boil water and cook tea, judge the quality of the tea, and decide the quality” (see Song Dynasty Tang Geng’s “Dou Cha Ji”). As the trend of tea fighting has spread across the government and the public, especially among literati, tea fighting has evolved into a new form and content from Lun Shui Dao tea.

According to the records of the Song and Ming Dynasty, tea fighting generally includes the following three items: tea fighting, tea order, and tea play .

Criteria for determining the outcome of a tea fight: one is the soup color, and the other is the soup flower.

Soup flakes refer to the foam that rises from the noodle soup. The soup flakes are closely related to the color of the soup, so the color is also bright white.

Secondly, look at the time when the “water mark” appears.

In the Song Dynasty, the tea cakes were mainly drunk. When preparing, the tea cakes were first roasted and ground, and then boiled in water. If the grinding is fine, the tea, soup, and whisking are just right, and the soup flowers will be even and thin, and you can “bite” the rim of the cup tightly and stay together for a long time. This best effect is called “biting the cup”.

Conversely, if the soup flower cannot bite the cup, but spreads out quickly, the place where the soup meets the cup will immediately show “water” The water marks appear sooner or later, which is the basis for the quality of the tea soup. The earlier one is the loser, and the later one is the winner.

Sometimes the tea quality is slightly inferior to the opponent, but with proper water, they can win. Therefore, tea fighting requires an understanding of tea properties, water quality, and decocting effects. It is a comprehensive and systematic competition related to tea.

The “Dictionary of Chinese Customs” records: “Tea orders are popular in the Jiangnan area. When drinking tea, one person orders the officials, and all drinkers obey his orders. , order officials to ask questions, ask people to answer and implement them, and those who fail to do so will be rewarded and punished with tea.”

It is said that the origin of the tea order can be traced to In the Tang Dynasty, the gameplay was more elegant and difficult. Generally, three or five friends sit around and form a tea poem with the theme of tea in the form of a continuation poem “Jielong”. Those who fail to continue will be punished on the spot.

Such an elegant word game is naturally inseparable from the figures of literati, including Yan Zhenqing, Lu Shixiu, Zhang Jian, Li E, Cui Wan, Jiaoran The co-created song “Sipping Tea on a Moonlit Night with Five Characters” is particularly representative:

Panhua invites guests to sit down and quotes love words on behalf of drinks. (Lu)

Sober up Yihua banquet, stay in the monks and want to be alone in the garden. (Zhang)

You don’t need to climb the laurel, why do you pretend to be a tree garden. (Li)

Liuhua cleans the muscles and bones, clears the heart and cleanses the heart. (Yan)

It’s not like spring mash drunk, why not say green beans. (Jiao)

The plain porcelain spreads the quiet night, and the fragrance is peaceful and leisurely. (Lu)

During the Song Dynasty, tea fighting flourished, and tea orders, as a game to add to the fun of drinking tea, also gained unprecedented popularity prosper. The most famous Tea Order IP is Li Qingzhao, a lyricist of the Grace School.

She described this kind of life in detail in “The Preface to Jinshilu”: “Yu Xing even memorizes, after every meal, sit back in the hall, Cooking tea refers to accumulating books and history, saying something in a certain book, a certain volume, which page, and which line, to determine the winner or loser. It is the order of drinking tea, and the middle is to raise a cup and laugh until the tea is overturned in the cup. Instead, drink up…”

This allusion about the tea order, because Nalan Rongruo used “Huanxisha” in “Huanxisha” The sentence that “gambling books disappears and splashes the fragrance of tea” was recorded and widely circulated.

During the Southern Song Dynasty, there was another tea order fan. He was Wang Shipeng, a scholar of Longtu Pavilion in the Southern Song Dynasty. In “Wan Jiliang and Poetry Staying Farewell to Using the Front Rhyme”, he wrote “Search my Lung Intestine Tea Book Order”, and wrote in his own note that “Yu Gui talked about the tea order with all the masters, and every tea meeting, he pointed to one thing as the topic. , Tell stories, and those who don’t understand will be punished.”

It can be seen that since the development of the tea order culture in the Tang Dynasty, it has been deeply loved by literati of all dynasties. The tea order has also greatly enriched the Chinese tea culture and is a very culturally significant initiative. 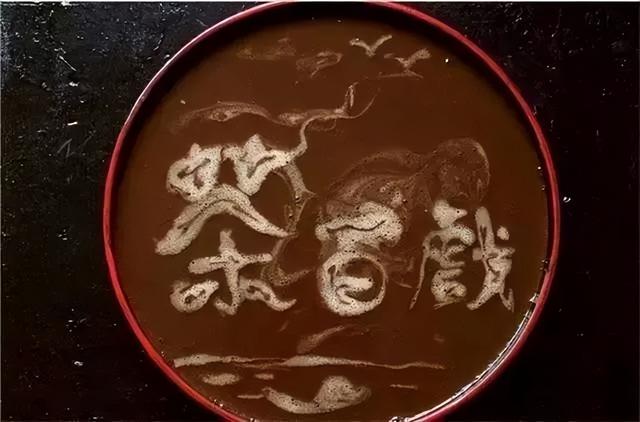 The poet Yang Wanli said: “How can tea be divided as good as fried tea, and fried tea is not as skillful as divided tea…”

Chabaixi is the most profound among tea fights. Due to the long history and no inheritors, its mystery has not yet been revealed. I only see records in the literature that “don’t use the trick, the one who makes the water veins in the soup pattern into images, the genus of birds, beasts, insects, fish, flowers and plants, is delicate and picturesque”.

During the Song Dynasty, the Chabai Opera, which was more difficult, had a relatively narrow range of popularity, and was generally only spread among the court and the scholar-official class. Some people put Chabaixi together with Qin, chess, and books, and it is a cultural activity loved and advocated by scholar-bureaucrats.

Later, tea fighting was separated and developed as a game. At first, it was only limited to literati and refined scholars, and then it was gradually promoted to the common people. , and returned to the late Qing Dynasty.

Hundreds of years have passed, and the prosperity of tea fighting in the Song Dynasty has been scattered in the light tea smoke. Those ancient people held ofThe tea mill, the whiskers that have been warmed on the stove, and the tea cups that have been touched on the lips still fascinate today’s tea culture lovers.

Source of this article: Graphics and texts from the Internet, The copyright belongs to the original author, and the opinions in the article only represent the author himself. If there is any violation of your rights, please leave a message to delete.