A lot of netizens have been asking about cooking oil all the time, saying they don’t know what oil is called good oil. The price difference is so big, is there really a lot of difference in health effects? Every product claims that this oil is very good, and it is dazzling to look at. I don’t know which indicators to compare…

Today I will tell you about the ranking of edible oils. It is estimated that after everyone reads it, it may subvert some of the marketing messages that are instilled on a daily basis. Then let’s talk about what the standards for oil selection are, because the demand targets are different, and the standards are also different.

A variety of refined edible oils tied for first place. Because the fat content is 99.9% and the calorie value is 899 kcal/100g, there is no significant difference. Among all foods, 899 kcal/100 grams is the first real calorie.

All vegetable oils ranked last. Because vegetable oils do not contain cholesterol. Cholesterol is only found in animal foods. Vegetable oils contain only plant sterols, including sitosterol, stigmasterol, and campesterol.

The above data are from the second edition of the Chinese Food Composition Table, Peking University Medical Press, 2009.

So it can be said that Among animal oils, cream is relatively the highest. Of course, due to the different nutritional status of animals, the oil produced by each animal will also be slightly different.

Then someone might ask: What about plant sterols? Which oil has more?

Since it is a plant sterol, we only need to look at the data in the vegetable oil.

The above data are from the second edition of the Chinese Food Composition Table, Peking University Medical Press, 2009.

Whether soybeans, peanuts, sunflower seeds, or various nuts, plant seeds contain more or less vitamin E, which is transferred to the oil when the oil is extracted. Therefore, vegetable oils are an important source of dietary vitamin E.

Olive, coconut and palm oils are all low in vitamin E.

Vitamin K is not only important for blood clotting, but also for bone health and cardiovascular health.

Fats are one source of vitamin K. Vitamin K has different components, of which K1 (phylloquinone) is widely found in various plant foods, and K2 is mainly found in fermented plant foods. Because it is a fat-soluble vitamin, when the oil is pressed, the vitamin K1 in the seeds will also run into the oil. 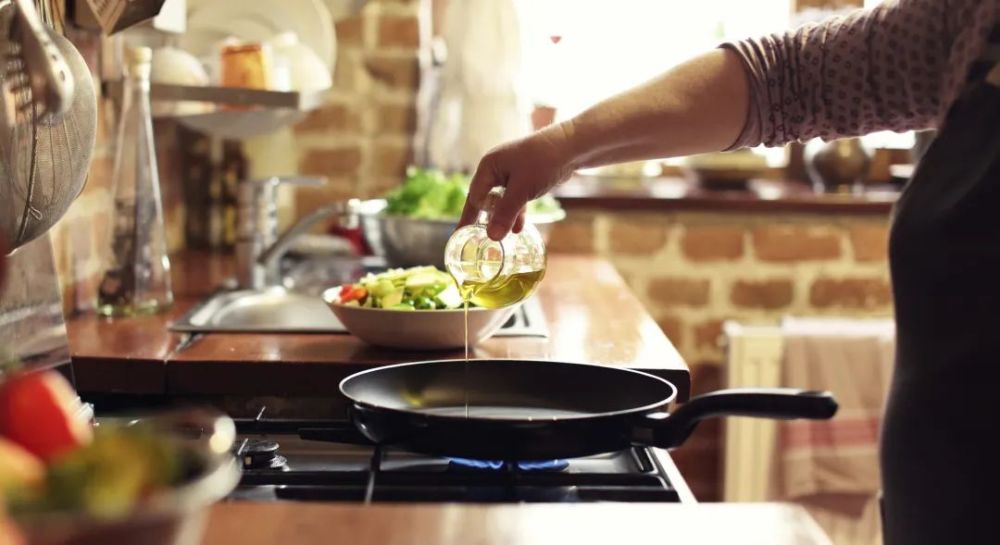 Because vegetable oils do not contain vitamin A and vitamin D. It is found in animal oil, but the content of lard, butter, sheep oil, chicken and duck fat is also very low, and it is not an important food source of these two vitamins at all.

Only one is a true vitamin A champion and that’s cream (butter, butter) with a whopping 840 mcg RAE/100 g vitamin A.

This has to be number one for coconut oil. My coconut oil doesn’t melt until 23 degrees Celsius, and it’s hard clots in winter, and lard, butter, and other fats that are highly saturated in the eyes of the public are not good enough.

So, the top three are canola oil, tea seed oil, and sunflower oil.

Actually, if you want to get monounsaturated fatty acids, you don’t have to buy olive oil. There are many other options that may be more cost-effective.

The above data are from the first volume of the Standard Edition of the Chinese Food Composition Table, Peking University Medical Press, 2018. The same below.

Let’s not talk about fish oil, no one uses it for cooking. Animal oils, such as lard, tallow, and suet butter, also contain very little omega-3 fatty acids.

The omega-3 fatty acid in vegetable oils is alpha-linolenic acid. It can be converted to DHA in the human body, but the conversion efficiency in omnivores is only 3% to 4%. While it may not sound like a lot, the requirement for omega-3 fatty acids is not large, and even pregnant women only need 250-500 mg of DHA per day.

If you eat 250 mg of DHA a day, and the conversion rate is only 3%, you only need to eat 8.3 grams of alpha-linolenic acid a day. It is still possible to be satisfied by eating oil.

The highest content of alpha-linolenic acid in common vegetable oils is undoubtedly the oil extracted from hemp seeds, with a content between 30% and 60%. Among them, flaxseed oil is the most prominent, but oils from the hemp family such as flax oil, hemp oil, and hemp oil also have similar advantages. The differences between varieties and products are different, but they are all significantly ahead of other vegetable oils.

In addition, niche oils such as peony seed oil and perilla seed oil also have the advantage of high alpha-linolenic acid, but they are generally not available in supermarkets.

The second step is some oils with alpha-linolenic acid content between 5% and 10%. Including walnut oil, canola oil, and soybean oil. The oil of pine nuts is also in this group, but the pine nuts are too expensive to use for oil extraction.

The omega-6 fatty acid in vegetable oils is primarily linoleic acid. Among the existing oil products in my country, varieties rich in linoleic acid are popular, and the possibility of lack thereof is very small.

Generally speaking, the omega-6 series of linoleic acid in food comes from a wide range of sources, such as chicken, nuts, peanuts and melon seeds. Most cooking oils are also high in linoleic acid, so there is no need to worry about lack thereof.

The hardest part to get enough of is omega-3 fatty acids. Getting enough omega-3 fatty acids from food can be difficult if you are not diligent in eating fish, or if you are eating the wrong type of fish, neither high-fat marine fish nor carnivorous freshwater fish. This can lead to a high inflammatory response, easy acne breakouts, and an increased risk of cardiovascular disease.

Some people may ask: What are the “non-meat-eating freshwater fish”?

Both types of essential fatty acids are particularly abundant and in satisfactory ratios, except for walnut oil and soybean oil.

Of course, the proportions of specific varieties and origins will vary slightly. Wild walnuts with the highest alpha-linolenic acid content can reach nearly 20%, but some walnuts are as low as 5%.

In any case, walnuts dominate the pack in this indicator. It is scientifically justified to hold walnuts high in traditional health care, although walnuts are relatively cheap among nuts. kind.

Soybean oil contains about 50% linoleic acid and 6%~10% alpha-linolenic acid in omega-6, which is a suitable ratio.

Fourth is linseed oil. Its alpha-linolenic acid is high, but the proportion of linoleic acid is only 15%~25%, the ratio is reversed. This is actually a big advantage, because most processed foods and meats are relatively lacking in alpha-linolenic acid, and flaxseed oil can be used to “find” a balance.

Other oils are either too high in linoleic acid, completely out of proportion to alpha-linolenic acid, or too low in both and too low in essential fatty acids.

The greater the proportion of saturated fatty acids and the lower the proportion of polyunsaturated fatty acids in vegetable oils, the better the heat resistance. Heat-labile oil can easily form a large number of polycyclic aromatic hydrocarbon carcinogens, such as benzopyrene, when it is fried at high temperature for a long time, or when it is fried or overheated. At the same time, trans fatty acids are easily formed during heating. 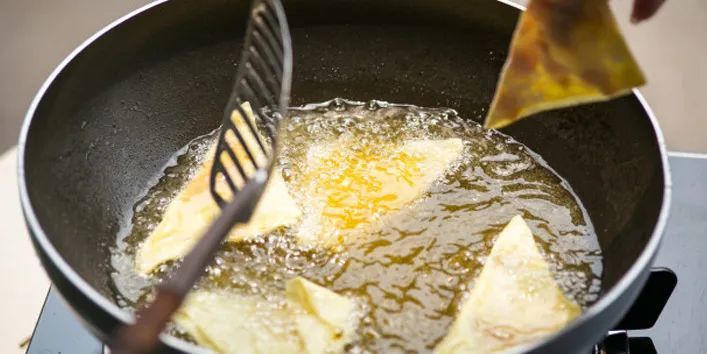 So, the most heat stable is coconut oil, then palm kernel oil and palm oil.

Seeing so much data, it’s a bit dazzling. Finally, let me sort it out for you.

What do you primarily want from the oil? Which healthy ingredient are you most concerned about?

Is it an omega-3 fatty acid?

Is a reasonable omega-3 to omega-6 ratio?

Is there a reasonable omega-3 to omega-6 ratio with both monounsaturated fatty acids?

You can see the ranking of these.

If you want vitamin A and vitamin D, cream (butter) is the only option.

In addition to flaxseed oil and walnut oil, all other oils can be used in daily cooking such as stir-frying, stewing, etc. However, it is best to avoid oily fumes from oils with more unsaturated fatty acids.

Coconut, palm kernel, and palm oils are good options if you want to fry food that tastes good, is heat resistant, and produces fewer carcinogens.

Which one to buy depends on what you need and how much budget you plan to spend on the oil.

In general,price and nutritional value are not strongly correlated, as price is primarily determined by production and marketing costs.

As for the taste, that is, radish and cabbage have their own preferences. People in Northeast China love the flavor of soybean oil, people in Sichuan are reluctant to give up the aroma of rapeseed oil, people in Hebei and Shandong like the strong fragrance of peanut oil, people in Beijing and Tianjin are obsessed with the deliciousness of sesame oil, and some people prefer the lightness of tea seed oil that removes various flavors. smell. I will not comment on this.

Director of China Association of Health Promotion and Health Education