On August 10th, the topic of Su Bingtian, the “first sprinter” in Asia, was a descendant of Su Shi, which was searched on Weibo.

Red Star News reporter found that the host of the Weibo topic is a plus V blogger named “Beidao” with tens of millions of fans, who is certified as a well-known emotional blogger, and whose IP is located in Hebei . At 18:35 on August 9, the blogger posted a message saying, “Su Bingtian is a descendant of Su Shi. It turns out that excellence is in the same line. Su Shi is a great writer, Su Bingtian is an athlete, and the Su family’s genes are really good.”

Red Star News reporter noticed that the accompanying picture released by the blogger at the same time shows that the news that “Su Bintian is a descendant of Su Shi” is suspected to come from his online query. Subsequently, the reporter tried to contact the blogger, hoping to verify his specific source, but as of press time, he has not received a reply from him.

August 10, Red Star News reporter Contacting the village committee of Guyi Village, Guzhen Town, Zhongshan City, Su Bingtian’s hometown, a staff member said that the village was not clear and did not pay attention to it. The chairman of the local Su Clan Ancestral Temple Council told the Red Star News reporter that according to the genealogy records, Su Bingtian was indeed the 29th generation grandson of Su Dongpo.

In this regard, Liu Qingquan, deputy secretary general of the China Su Shi Research Society, said that the statement that “Su Bingtian is a descendant of Su Shi” has yet to be verified from the existing historical evidence. In his view, even if many genealogies are ancestral, they may not all be credible due to the long span of time and the interruption of records.

On the Internet “Su Bingtian is a descendant of Su Shi”?

The village committee of his hometown is unclear p>

The person in charge of Su’s Ancestral Temple: The genealogy records are indeed the 29th generation grandson of Su Dongpo

Actually, “Su Bingtian is a descendant of Su Dongpo” Similar news has appeared before.

In the pictures circulated on the Internet, in the introduction of celebrities in the Su clan’s ancestral hall, the introduction to Su Bingtian is: “The 29th generation grandson of Su Dongpogong, the 21st generation grandson of Su Liuyigong, August 1989 Born on March 29 in Guyi Village, Guzhen Town, Zhongshan City, Guangdong Province, Chinese male sprinter, associate professor at the School of Physical Education, Jinan University, and graduated from the 2013 Graduate School of Economics, Jinan University, majoring in international trade.”

On August 10, a reporter from Red Star News called Su Bingtian A staff member of the village committee of Guyi Village, Guzhen, Zhongshan City, his hometown, said: “We don’t know this very well, and the village is not elegant. We need to ask the president of our Su’s ancestral hall. The Su’s ancestral hall is in our village.” The personnel provided the reporter with the contact information of the person in charge of the Su family ancestral hall.

At noon on the 10th, the person in charge surnamed Su got in touch with the Red Star News reporter. long.

He told the Red Star News reporter that Su Bingtian, the “Asian trapeze man”, was from the “Dutang”, the ancestral ancestral hall of the Su family in the ancient town of Zhongshan City, Guangdong Province. .

According to his phone, WeChat and Tianyancha, Su Genhong runs a number of enterprises such as hotels in Zhongshan City, and there is also an ancient town in Zhongshan City under his name. Tang Traditional Cultural Center. According to Tianyancha information, the center was established on June 5, 2019 with a registered capital of 30,000 yuan and its legal representative is Su Genhong. Its business scope includes promoting traditional Chinese culture; organizing cultural promotion and exchange activities; excavating and compiling the history and humanistic development of the ancient town. history.

Experts: Judging from the existing historical evidence, this statement is yet to be verified

< strong>Many genealogies may not all be credible due to the age and other reasons.

For this matter, on August 10th, the director of the Research Office of the Sansu Cultural Research Institute and the China Su Shi Research Society Deputy Secretary-General Liu Qingquan told the Red Star News reporter that “Su Bingtian is a descendant of Su Shi” has been said before. From the perspective of inheriting Dongpo culture, there will be no problem, but from the existing historical evidence, it is still To be certified.

In Liu Qingquan’s view, many genealogies today, even if they are left by their ancestors, may not all be available due to the long span of time, the departure of wars, interruption of records, and social and economic reasons. letter. For example, Liu Qingquan said that with the development of thousands of years and the alternation of dynasties, due to wars, natural disasters, migration and other reasons, there will be a lack of textual research on intentional or unintentional revisions and continuations, and errors and falsehoods are inevitable.

In addition, the family concept of social development has a great influence. In ancient times, a person’s background was very important to his social status and career development. Since the turmoil in the Tang Dynasty, there has been a lack of management in the cultivation of genealogy. The Song, Ming and Qing dynasties have prospered in folk cultivation of genealogy, and even the rulers have respected the folk cultivation of genealogy. Except for people like Ouyang Xiu and Su Xun, ordinary people have also begun to respect their ancestors, respect their ancestors and accept their clan. The genealogy is repaired, but some genealogy repairs take several decades, and the phenomenon of clinging and false identification occurs from time to time. 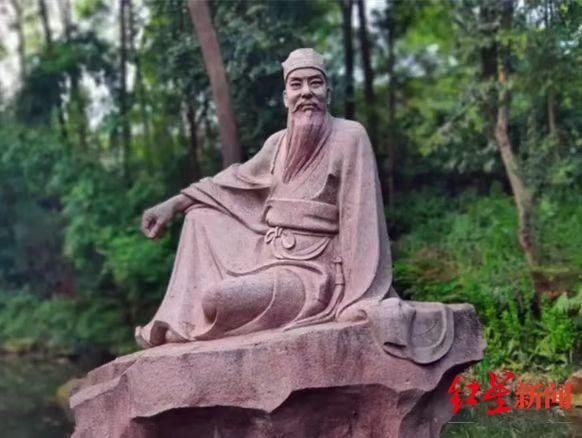 Also One reason is that many genealogies that survive today come from genealogists who make a living by cultivating genealogy, and some recordsThe level of genealogy craftsmen is uneven, it may be that their own level is not enough, or it may be for the needs of the genealogists, resulting in false records.

In addition, the phenomenon of clinging to famous people in genealogy has existed since ancient times. As a self-record of a family, genealogy has strong self-consciousness and also has great subjective limitations. General genealogy always promotes the family. Good and evil concealed evil, reshaped the image of ancestors according to Confucian etiquette, standardized the words and deeds of ancestors, and even exaggerated and fabricated the prominent history and fine traditions of their own clan.

“100-meter flying man” Su Bingtian broke the Asian record with a time of 9.83 seconds at the Tokyo Olympics, proving China’s speed to the world. In fact, whether he is a descendant of Su Shi or not, does not affect his achievements. Now Su Bingtian is still focusing on training and competition. At the just-concluded Eugene World Championships, Su Bingtian’s performance was not ideal, and the men’s 100m event missed the final. He said in an interview: “The World Championships have passed, and I also know what my problem is. I still have more time to prepare for next year’s competition. I will rest and do some rehabilitation during this time. Training.

Red Star News reporter Jiang Lintu according to the interviewee