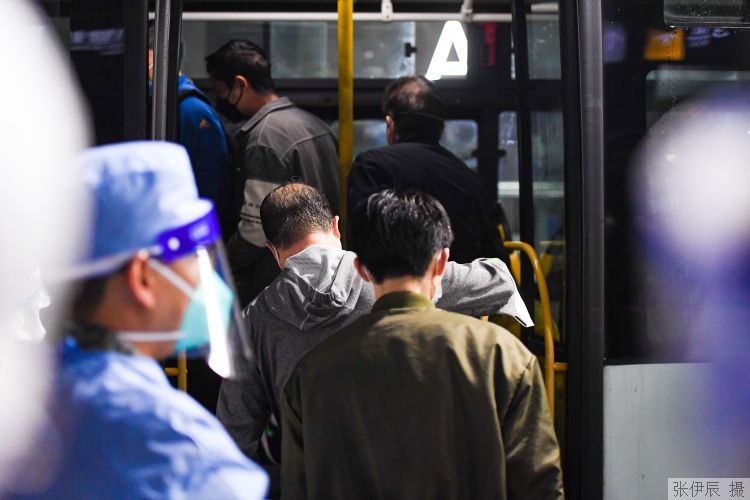 According to the latest notification from the Shanghai Municipal Health Commission this morning: 23,286 cases were discharged from hospital in Shanghai today, more than the new Increase the number of positive infections.

The reporter learned today from Shanghai’s largest makeshift hospital, the National Convention and Exhibition Center (Shanghai) makeshift hospital with more than 50,000 beds, that has been Last night ushered in the largest scale of outings in recent days – 15,000 people went out of the cabin at the same time. In the next few days, the “in and out” will maintain this level of turnover, and the “four should be done” will be accelerated to help Shanghai realize the social aspect as soon as possible. Dynamically cleared.

Yesterday (April 18), more than 15,000 patients with mild symptoms and asymptomatic infections were released from the Fangcai Hospital of the National Convention and Exhibition Center (Shanghai). Chen Erzhen, the commander-in-chief of the center (Shanghai) Fangcai Hospital and the vice president of Ruijin Hospital, told reporters that started last night. At the same time, more than 12,000 people are expected to leave the cabin throughout the day today.

“This level of turnover in and out of the cabin is the result of the efforts of all the medical and ambulance personnel, which further boosted everyone’s fighting morale!” Chen Erzhen told reporters.

The scale of 10,000 people leaving the cabin in a single day, how to deploy the on-site personnel and vehicles? Chen Erzhen told reporters that according to the plan, it took 12 hours all day yesterday, from 7:00 am to 7:00 pm, more than 15,000 passengers set foot on the “way home” in batches.

“We summarize this practice, and currently adopt the short-distance connection method, and send the departure list to each district one night before departure, and each district may further refine and coordinate to each street, according to The scale of personnel is arranged to pick up the vehicles. On the day of departure, the passengers will be sent to the transit station near the National Exhibition and Convention Center (Shanghai) by short shuttle, and then the vehicles in various districts will be picked up, which will not only reduce the concentration of vehicles in the National Convention and Exhibition Center, but also further speed up the turnover. Efficiency.” Chen Erzhen told reporters that the infected people admitted to the Fangcang shelter hospital of the National Convention and Exhibition Center (Shanghai) came from 16 districts in the city.

In the Fangcang shelter hospital of the National Convention and Exhibition Center (Shanghai), according to the current treatment rules, the infected person turns negative in about 6.7 days. The patients with mild symptoms and asymptomatic infections are treated here, and the treatment team strengthens observation and treatment. , There is also an external referral mechanism.

At present, a medical treatment team consisting of more than 5,000 people is stationed here, and the overall service guarantee is provided by the Ruijin Hospital team.

“We ‘pull the nails’ from district to district, gnaw them down, grit our teeth, don’t let loose, and use fast control to completely cut off the transmission chain of the virus. Win the battle of epidemic prevention and control, and let everyone return to normal life.” Chen Erzhen said.