Wearing protective clothing and under the isolation mask, he has no fear in the face of the new crown virus. Turning around, the words “Wuhan, Zhou Shixun” were clearly written on his protective suit. The locals in Sanya thought that the Wuhan support team had arrived in the community, which made Zhou Shixun very proud.

20-year-old Zhou Zhixun lives in Wuhan and is now a sophomore at a university in Wuhan. At the end of July, he and his parents went to Sanya to play, and he originally planned to return on August 5. 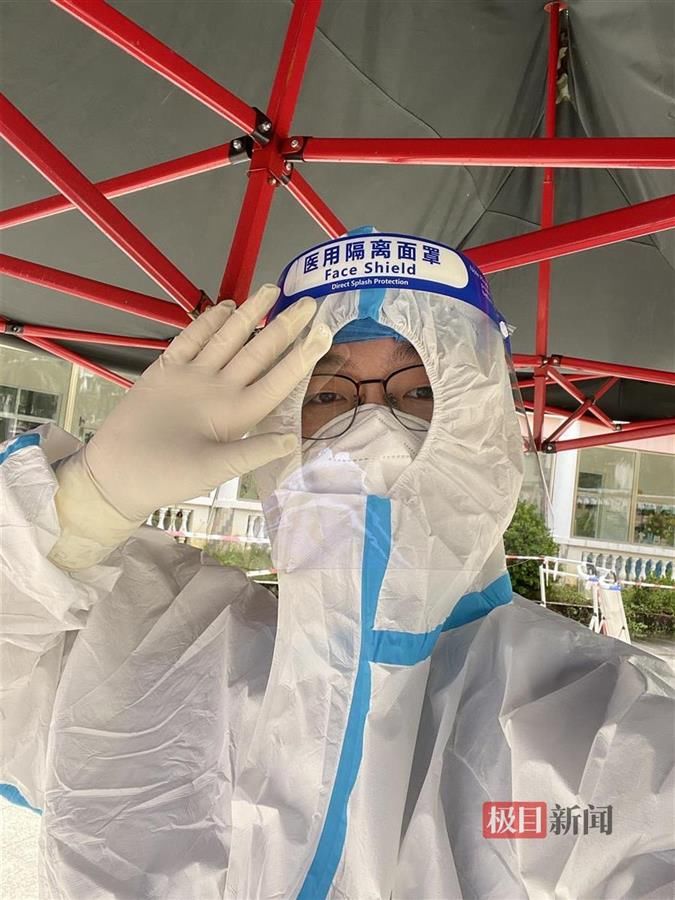 “At that time, the epidemic situation was a bit severe, and I started looking at the tickets on the 2nd.” Zhou Shixun said , At that time, the family did not buy tickets. On the 3rd, they found that the flight from Sanya to Wuhan had been stopped, and the tickets could not be purchased.

Since you can’t go back, stay here first. On the same day, Zhou Shixun found out that the local government was recruiting volunteers. He immediately signed up online and was finally assigned to the community where he lived. That night, Sanya officially announced that it had entered a state of regional control.

On the 4th, Zhou Shixun’s first day on the job. He came to the community at half past six, waiting for assignments. On the same day, together with the nucleic acid collection personnel, he went to a community with multiple confirmed cases to conduct nucleic acid collection work one by one. At work, Zhou Shixun’s task is mainly responsible for information collection, including code scanning, sticking, and packaging.

“The danger is indeed there, but everyone has done a good job in protection and disinfection, so don’t be afraid.” Zhou Shixun Said that they would gather at 6:30 in the morning and finish the task at 2 or 3 o’clock in the afternoon, but I didn’t feel tired. The biggest difficulty is that the weather is hot. Sometimes, I need to climb eight or nine floors when I encounter a house without an elevator. In addition, the mask is prone to fogging, and my clothes are soaked with sweat every day.

In the community where Zhou Shixun lived, several buildings were also closed. When he walked out of the community with the volunteer’s certificate and came to the empty street, Zhou Shixun remembered the scene when the epidemic broke out in Wuhan a few years ago, when he was only a sophomore in high school. Thanks to previous experience, Zhou Shixun’s parents have stocked up sufficient supplies in advance, and also actively supported Zhou Shixun to do volunteer work on the front line of the fight against the epidemic.

Zhou Shixun wrote “Wuhan” behind him

Put on protective clothing, Zhou Shixun wrote to himself When the word “Wuhan” was written, and walking in the community, the staff thought that Wuhan’s support had arrived. Zhou Shixun is proud of this. In the stranded group of tourists in Wuhan, these fellow villagers also gave Zhou Shixun a thumbs up.