After the great summer, the old comrades in arms would talk on the phone every now and then. I know that he is waiting for my slightly solemn invitation to bring family or friends, coveting a chicken wandering around under a pear tree, or a bowl of green and fragrant sheep’s head soup on the table of the Eight Immortals, or a pond In that bursts of lotus incense.

Actually, you don’t need to go too close to appreciate the lotus, which is similar to Zhou Dunyi’s “view from a distance but not to be scornful”. In Guhua Garden, looking at the pink, purple and white swaying in the wind in the jade ponds from a distance, a faint fragrance is blowing on the face. This is a unique gift of nature in midsummer. It is not like plum blossoms. Unlike magnolias, which are not smiling like magnolias, nor like pear blossoms with rain on the temples, those dense petals seem to describe such a magnificent picture: this is the singing of the seasons, and all blooms are the desire and call for life. ! 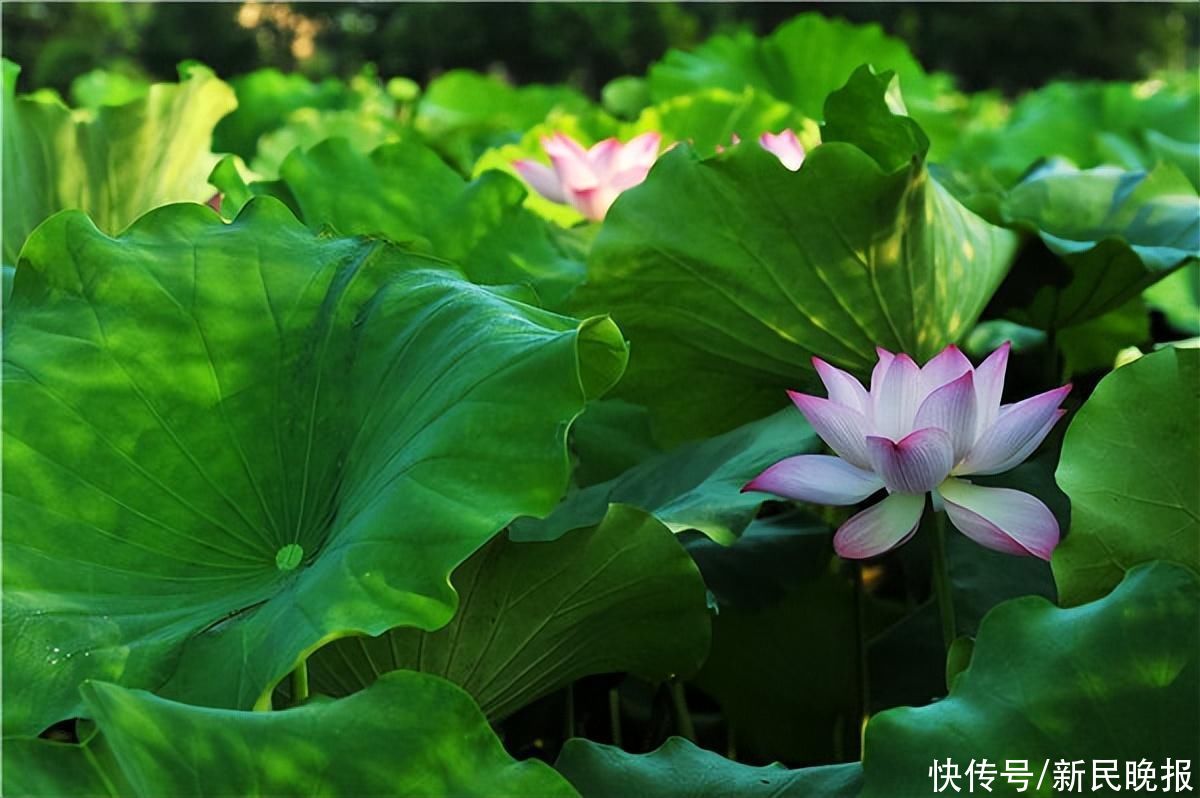 Nansheng Village is also here because of the Dutch, where there are even hundred acres of perfume lotus” The beauty of the lotus leaves in the sky is endless.” If the “Lotus” in Guhua Garden is a light frown and a pair of Dais, then the “Lotus” in Nansheng Village is a show of the past and present. The silent plank road pushes away the depth of a handful of lotus paths. This is an illusion given by the village. The wild ducks hum a love song that no one can understand. In the back of the lotus is growing step by step. Some villagers are picking water lilies and lotus pods. Like its spreading roots, perfume lotus grows with the entire Nansheng Village. They are processed into soaps, scented teas, and essential oils, which nurture and guard the entire village with its unique fragrance. And the village is also taking good care of it.

I remember when I was a child, my father contracted a fish pond. Every summer, the fish pond was crowded with lotus flowers. In the afternoon, my friends and I made an appointment to “step on the fish”. We hid under the huge lotus leaf. At first, our dark body was often scratched by the thorny lotus terrier. After a long time, it would be like a loach. Parents are afraid that we will soak in the water for too long, and they will always call our names on the shore, and we will hide in the depths of the lotus pond, not moving, and turning into a lotus or a lotus. After the parents left, the breath rushed up along the feet, and then suddenly dived into the water.

We often soak in the water for an afternoon, sometimes folding a lotus leaf upside down on the top of our head, those deep aromas still remain in the text. Sometimes we take strides to pull a sturdy lotus stem, the top of which must be a bitter-sweet lotus seed. And because of the unique fragrance of lotus, many fish also like to shuttle in it. They often collide with our thighs and calves, and occasionally there is an interesting story of “waiting for the fish”. As for many fish that are accustomed to swimming in deep water, such as crucian carp and carp, they like to burrow into the mud, so we gently waded along the Hegen. A fierce man plunges down, and in the blink of an eye, you can see a young man happily lift up a lively fish. And because the silt is deep, sometimes a lot of water is poured on the whole head and face, and at this time, a lot of laughter will be injected into childhood. As for those water blades that are stirred up with the palm of your hand, there is a short-term mutual on the river surface. It stopped and disappeared again.

Dinner was at a farmhouse, driving along the river bank, and the crape myrtle flowers reflected the crimson of the sunset in the sky. It’s just some farm dishes, but when the white-cut mutton was served, it was actually served with a handful of lotus leaves. The fatness of the mutton and the fragrance of the lotus leaves complemented each other. With the youthful past in the army, I couldn’t help but have more. Had a few drinks.

As we parted, we smiled at each other. I know that he came because of “He”, and he knew that I moved because of “He”. And I also suddenly realized that for so many years, we have been connected to each other like these lotus flowers. Maybe, a lotus flower is a history. From hometown to youth, they sprout, grow or become silent, but there is always some dark fragrance. As always, it has a longer aftertaste. (Niu Bin)