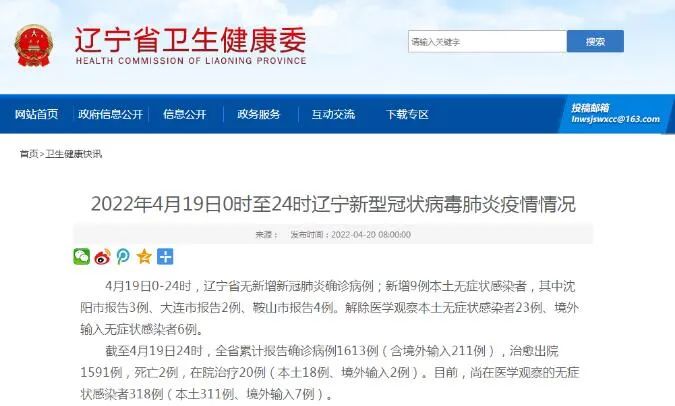 From 0:00 to 24:00 on April 19, 2022, there will be no new confirmed cases of local new coronary pneumonia in Shenyang, and 3 new cases of asymptomatic infection of local new coronavirus . After receiving the report, the Municipal Health Commission immediately dispatched 120 negative pressure ambulances to transport the above-mentioned personnel to the Municipal Sixth People’s Hospital for diagnosis and treatment. At present, various prevention and control measures such as the investigation and control of close contacts and secondary close contacts, as well as terminal disinfection of epidemic sites, are being carried out in an orderly manner.

This is the New North, focusing on people’s livelihood with the power of news.