He has launched the “Chinese Standard” and “Shanghai Plan” in the field of international oncology diagnosis and treatment by himself.

The international thoracic surgery community knows that there is a doctor named Chen Haiquan in China.

In more than 190 journal papers published abroad, the research results have been included in 13 international guidelines 23 times; AATS) International Thoracic Oncology Summit Organizing Committee, he is the first Chinese doctor ever to serve as a member of the organizing committee, and the only Asian member who participated in the founding.

University of Pittsburgh Medical Center, University of Zurich Medical Center and many other international medical centers and top academic conferences, there are Professor Chen Haiquan’s “big rounds” and sharing results; The first invited Chinese scholar gave a lecture on “China’s Experience” in the diagnosis and treatment of early-stage lung cancer at the “Harvard Gerald and Elaine Schuster Distinguished Lecturer in Thoracic Surgery Forum”.

Under his leadership, Fudan Cancer Hospital has become a world-renowned center for thoracic surgery, with an early-stage lung cancer survival rate that leads the world by more than 10%. The “Comprehensive Minimally Invasive Treatment of Lung Cancer 3.0 Diagnosis and Treatment System” proposed by him also has a profound impact on every surgeon.

With a series of pioneering achievements, Professor Chen Haiquan won the “Taishan Award for Valued Medical Care in the Medical World 2021 Diagnosis and Treatment Plan Award”.

From 1.0 to 3.0: Lung cancer minimally invasive

Into the era of precision therapy

For a long time, the “minimally invasive” treatment method known as “small incision” and “less hole drilling” has been the common pursuit of patients and surgeons. It is generally believed that small incision means that The wound surface is small, which is beneficial to the postoperative recovery of the patient.

Professor Chen Haiquan said that this is just the 1.0 era of minimally invasive lung cancer. By studying the retrospective literature, he found that although the patient’s surgical trauma was significantly reduced, thoracoscopic surgery did not significantly improve the prognosis of early-stage patients.

In his opinion, the advantage of minimally invasive treatment lies in reducing surgical damage while achieving better therapeutic effects, but the “surgical trauma” in the 1.0 era is only limited to “visible” wounds”.

In the era of Lung Cancer Minimally Invasive 2.0, experts have begun to maximize the preservation of patients’ lung function and reduce organ damage while pursuing the minimization of visible trauma. This means that on the basis of small incisions and fewer holes, the surgical scope should be accurately delineated, the damage to the surgical organs should be reduced, and the internal damage to the thoracic cavity should be minimized.

After conducting research on the lung cancer surgery system in the era of 2.0, Prof. Chen Haiquan’s team made a pathological judgment of intraoperative rapid cryotherapy that early-stage lung cancer can be treated with only partial resection, without the need for Lobectomy; however, for primary invasive adenocarcinoma, standard lobectomy plus lymph node dissection is still required.

“The accuracy rate of this pathological diagnosis can reach 96.5%, which provides a precise basis for ensuring effective tumor resection and avoiding unnecessary damage to organs.” Professor Chen Haiquan pointed out that minimally invasive surgery should be It is a systematic project. In addition to reducing organ damage during surgery, lymph nodes should also be selectively removed to preserve normal immune tissues as much as possible to reduce systemic damage.

Based on the clinical data of nearly 8,000 cases, Professor Chen Haiquan suggested that not only wound trauma, but also “organ damage” and the impact on the system are also crucial. At the 5th American Association for Thoracic Surgery AATS FOCUS meeting held in 2016, he accurately described and defined the concept of “Comprehensive Minimally Invasive Treatment 3.0” for lung cancer for the first time:

Comprehensive minimally invasive should be a method of using laparoscopic technology and involving multiple disciplines to select the appropriate surgery and incision for the patient during the treatment, preserving the normal lung tissue and lymph nodes, Complete surgery in the shortest possible time, balancing incision, organ and system damage.

Professor Chen Haiquan’s minimally invasive treatment of lung cancer is an individualized treatment based on comprehensive diagnosis and treatment, including multiple disciplines, from physiology to psychology, from family to society, and precision medicine and value The connotation of medical treatment is compatible.

“Take a patient with ‘multiple nodules in both lungs’ as an example. According to traditional surgical treatment, doctors will remove a large area of ​​lung tissue, which will result in a significant decrease in the patient’s quality of life. Excessive removal of tissue will cause irreversible damage to organs.”

The research of Professor Chen Haiquan’s team suggests that clinical practice should avoid excessive diagnosis and treatment, and consider surgery or follow-up plans after balancing the patient’s benefit-risk ratio. “The doctor should choose the appropriate surgical method and incision for the patient to preserve as much normal lung tissue, lung function and lymph nodes as possible, so that the patient can obtain the best curative effect and minimize the damage.” 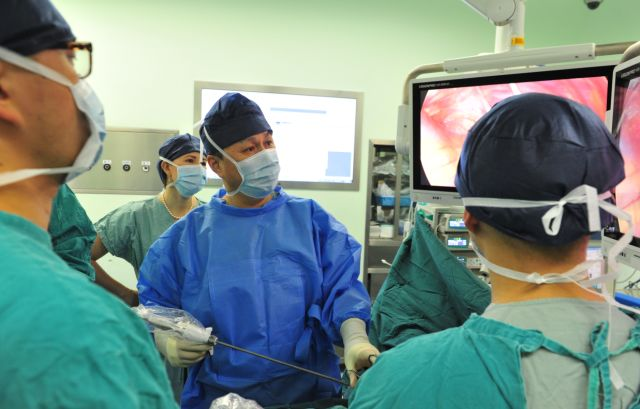 Rewriting world guidelines for the diagnosis and treatment of lung cancer

At Fudan University Affiliated Cancer Hospital, many oncology studies based on the characteristics of Chinese people have been successfully carried out. Professor Chen Haiquan’s team has continued to introduce “Chinese standards” in the field of international tumor diagnosis and treatment. and the “Shanghai Plan”.

In 2017, the concept of “Comprehensive Minimally Invasive Treatment of Lung Cancer 3.0 Diagnosis and Treatment” was published in the “Annuals of Surgery”, an authoritative academic journal known as the bible of surgery, which aroused the attention of the international thoracic and cardiac surgery community. highly anticipated.

The international medical community generally believes that this system provides a new direction for the research on reducing surgical trauma in patients with early-stage lung cancer, and also provides important concepts and ideas for countries around the world to carry out minimally invasive treatment of lung cancer in the future. Practical guidance.

In the same year, this research result was included in the European Society for Medical Oncology (ESMO) guidelines for the diagnosis and treatment of lung cancer, and the concept of using intraoperative pathology to guide surgery and the “Shanghai Standard” were used as a global lung cancer Clinical work practice.

Can the lung lobes be preserved and how much can be preserved during tumor resection? There is no clear evidence in clinical practice. After research, Professor Chen Haiquan’s team proposed:

Intraoperative tumor samples are sent for pathological examination. If it is judged to be benign, lobectomy is not necessary; if it is carcinoma in situ and minimally invasive carcinoma, only local resection is performed without lymph node dissection. ; If the intraoperative pathology reports that the tumor is invasive adenocarcinoma, the operation will be performed according to the traditional surgical method. The accuracy of intraoperative freezing and postoperative final pathological diagnosis was 96%. 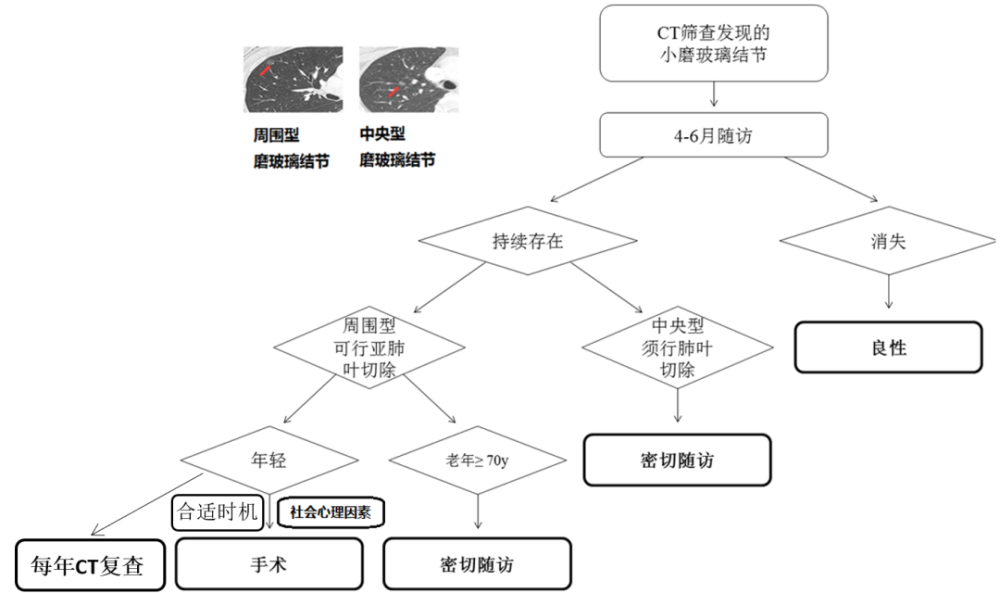 In the outside world, Professor Chen Haiquan has achieved extremely high academic achievements, but he says he is “still learning”.

Professor Chen Haiquan’s team also has its own standards for patients who need surgery and the timing of surgery. “When making an operation plan for a patient, in addition to the first consideration of the condition, we also need to consider his age, life planning, career planning, etc., we must fully consider the patient, and choose the best time together.” Special lecture at the Annual Meeting of Thoracic Surgery (AATS) In 2021, he will become the first Chinese doctor invited to give a speech at the “Schuster Distinguished Lectureship” at Harvard University’s Brian Hospital, introducing the “Chinese Experience in Diagnosis and Treatment of Early Lung Cancer to International Experts and Scholars” , leaving his personal photo and resume permanently on the Wall of Honor at Harvard’s Bryan Hospital.

“When you walk into the operating room, you’re doing research”

The Department of Thoracic Surgery of Fudan University Affiliated Cancer Hospital performs more than 6,000 lung cancer surgeries every year, with an annual outpatient number of more than 50,000. The radiation circle extends from six provinces and one city in East China to the whole of China.

A lot of operations have been done, but Professor Chen Haiquan doesn’t bother to talk about the large number. He told the “medical community”: “I have always emphasized that it depends on the results, the survival of patients is better, and the accuracy of lung cancer surgery is higher.”

Do not pursue the rate of endoscopy, nor the number of operations, whether as a clinician or department director, solving clinical problems as the orientation, improving survival time and quality of life has always been the goal pursued by Professor Chen Haiquan . Esophageal cancer research is another key problem for Professor Chen Haiquan’s team. The number of esophageal cancer cases in China accounts for about 50% of the world, and esophageal surgery is currently one of the most traumatic and risky surgical operations.

In order to optimize the diagnosis and treatment technology of esophageal cancer and improve the quality of life of patients, Professor Chen Haiquan’s team has carried out a series of prospective randomized controlled clinical studies on the “approach” and “range of lymph node dissection” in esophageal cancer surgery , made a conclusive result on the controversy in this field, and the surgical option has won more patients with esophageal cancer longer survival time.

Chen Haiquan attributed the achievements to the clinical system and thinking of “clinical problem-driven and result-oriented”. In his opinion, surgeons “walk into the operating room and are doing scientific research.” .

“All of our things revolve around the clinic, all treatments are about making patients live longer and better. The longer the patient lives, the higher the quality of life, you will find your There are also articles, and the research will be done well, so our 5-year survival rates for lung cancer and esophageal cancer are in the leading position in the world.”

Professor Chen Haiquan introduced that in order to achieve the goal of “accurate staging and standardized treatment”, the department has to conduct multidisciplinary difficult case discussions twice a week, and the monthly medical quality seminar, from It has never been interrupted since June 2008. “This is both a summary and supervision of our daily work, and it is also the process of doing scientific research. Only by organizing these data solidly can we get high-quality data.” 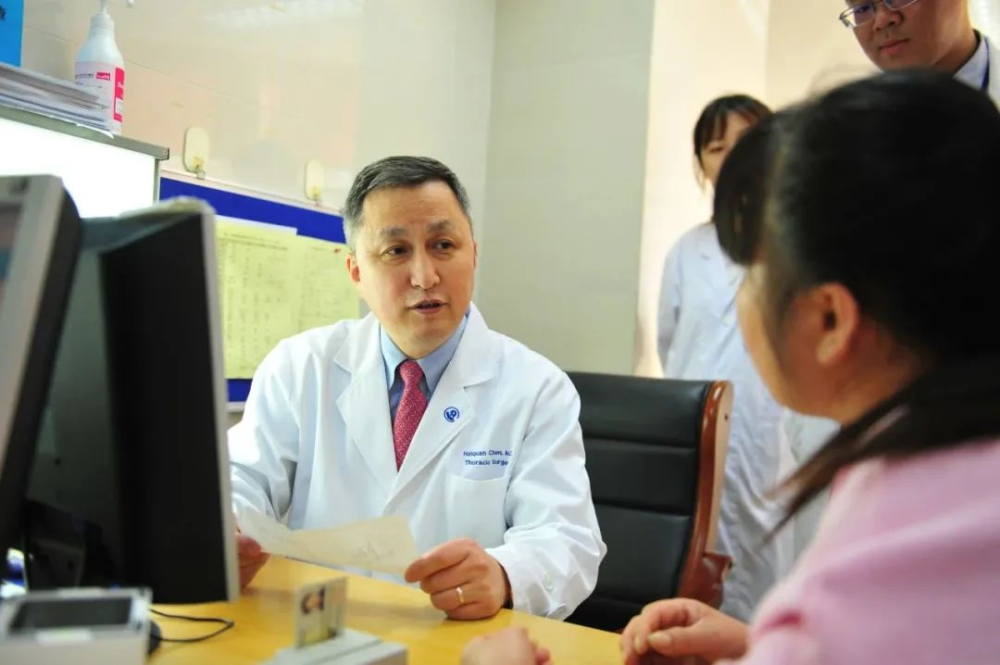 I have been a doctor for nearly 40 years and have performed tens of thousands of surgeries. In addition to the fixed twenty or thirty surgeries every week, there are a lot of consultations, conferences, teaching, scientific research, etc. There are few breaks, but he never intends to “slow down”, in his words, he is “enjoying the process from design to problem solving”.

To be held in Shanghai