Modern Express News (Correspondent Zheng Jun, reporter Zhang Xiaopei) On the morning of August 9, the Huaihai Economic Zone’s super-large cultural tourism project, Xuzhou Jiudingshan Wildlife Park, released information on the opening of the park. After three years of planning and construction, the park will open on September 9. On the 28th, the park officially opened to welcome guests. More than 20,000 wild animals appeared, unlocking new paths for three-dimensional viewing of sea, land and air, allowing tourists to experience a new mode of wild fun. The opening of the park marks the transformation and upgrading of Xuzhou’s tourism industry from static tourism products to dynamic tourism products.

Xuzhou Jiudingshan Wildlife Park is located in Lanshan Town, Suining County, Xuzhou City, a distance from Xuzhou City. About 45 minutes drive. According to Li Daibing, the general manager of the park, the park is planned and constructed with ecological restoration as the foundation, life harmony as the policy, and pleasure and pleasure as the goal. An immersive comprehensive resort integrating vacation, science research and education. 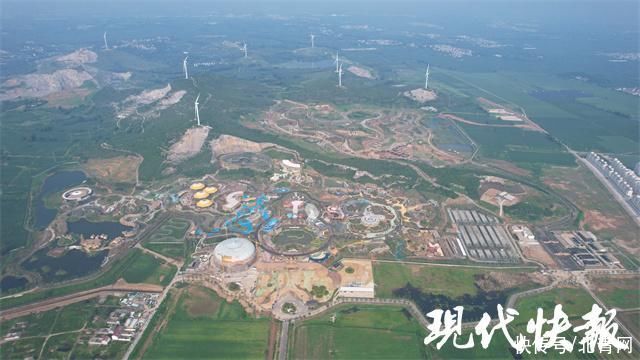 As the largest animal-themed cultural tourism project in Huaihai Economic Zone, the park has a total investment of 2 billion yuan, covers an area of ​​3,400 mu, and plans to exhibit more than 300 species of endangered wild animals in the world, nearly 20,000 (only) . It is divided into three tour modes: self-driving viewing, walking zero-distance interactive experience, and boat tour through the Jurassic prehistoric animal space.

The pedestrian area covers an area of ​​1200 mu. All venues are planned to be ecologically constructed according to the original natural living environment of animals. You can get close contact with rare and endangered wild animals in the world from multiple perspectives and immersion, such as Asian elephants, giraffes, wildebeests and other larger species; giant pandas, golden takins and other national treasures in the animal world; lions, tigers, leopards, bears and other domineering beasts Wait. The car dealership area covers an area of ​​more than 1,300 acres, and the self-driving route is about ten kilometers long. Get up close and personal with tourists. The boating area covers an area of ​​about 500 acres, with the theme of prehistoric animals and dinosaurs, giving tourists a “boat” experience of the Jurassic.

According to the introduction, in addition to animal viewing and close interaction, the park also created the “International Circus”. ” “Animal World Theater”, “Cute Pet Theater”, “African Impression Theater” and other four themed live theater performances and interactive interpretations such as road shows and road shows, which are staged continuously every day. It is particularly worth mentioning that among the four themed restaurants in the park, Ling Monkey Restaurant, as the largest theme restaurant in the park, can accommodate nearly 1,000 people to dine at the same time. While enjoying delicious food, you can watch the living conditions of wild animals and experience the wonderful journey of “meal with monkeys”. In addition, the park has also launched an animal-themed hotel, where visitors can enjoy a unique experience of sleeping with animals, calling morning, and having breakfast with giraffes. 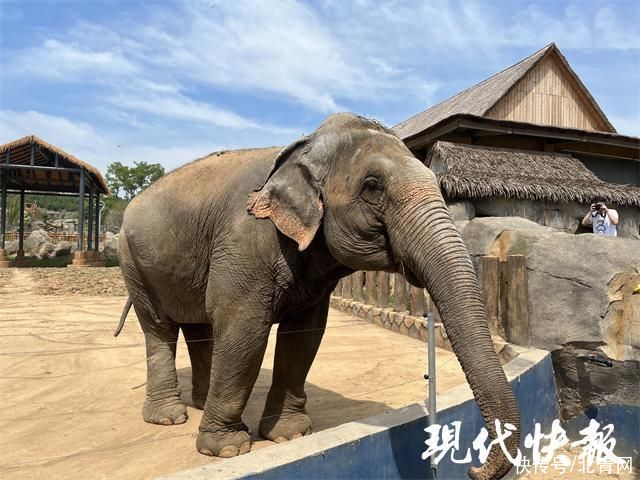 It is understood that the construction of the main body of the park has been completed, the animals have been living in the new premises one after another, and the park has entered Preparations for the opening of the park are underway. With the opening of the project, it will directly absorb more than 600 workers in various positions, and indirectly absorb more than 2,000 industry employees. It is expected to attract an average of 2 million passengers per year, enhance the tourism image of Xuzhou, and promote the further development of tourism in the Huaihai Economic Zone. develop.

(Photo provided by the correspondent, edited by Wei Rufei)