Recently, Sun Zhengliang, the designer of the new national standard traffic light, explained the sign live, but he was scolded by netizens and shut down within ten minutes of the broadcast.

Many people are dissatisfied with the new version of the traffic lights he designed. Why is this? 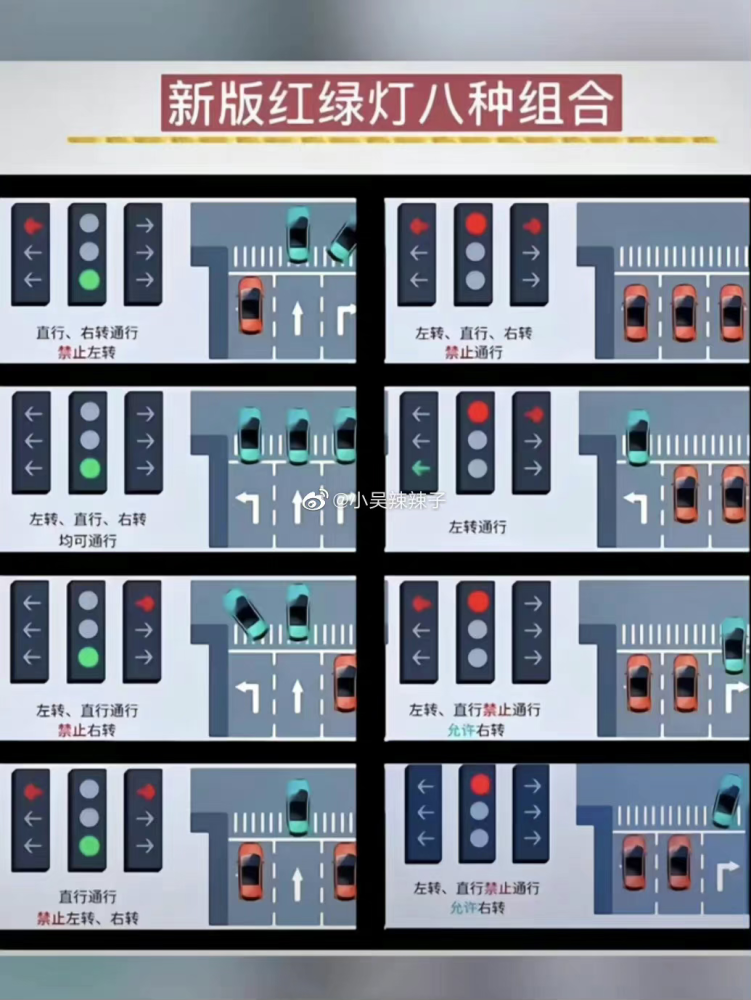 The above is the new national standard traffic light.

Aside from the traffic police, surgeons are probably the people who know the most about the horrors of traffic accidents.

So, let me give my opinion.

I once joked to everyone:

Don’t you know that Sun Zhengliang is playing a great game for the country and the people?

Under the epidemic, a large number of small and micro enterprises have closed down, people have lost their jobs, and GDP has been on a downward trend.

If all the traffic lights in the country are replaced, plus monitoring and other supporting facilities, a large amount of financial funds can be spent to stimulate the production and operation of related enterprises and increase employment. Doing so, GDP will come up.

This effect is not as great as investing in the iron and public foundations of the year. The industrial upgrading after the epidemic has been completed.

Secondly, after the new standard is comprehensively replaced, those drivers who do not understand the rules and only know that the red light stops at the green light will make mistakes again and again. In addition to paying fines obediently, they will also have to deduct points.

The driver’s 12 points are not enough to be deducted, or if he goes back to school, or buys points online, another industry will emerge.

If each driver has an average of five more red light running meters per year, the fine per person can reach 1,000 yuan, and the national 300 million motor vehicles can get back 300 billion yuan in fines.

If each person runs 10 more red lights per year, they can get back 600 billion fines.

Pedestrians and non-motorized drivers are also fined, and the income is even higher.

These fines can make up for the local fiscal revenue reduced by the decline in real estate and replenish the national treasury. Financially rich, civil servants can pay salaries, education and medical care can increase investment, and people’s lives will be better!

Resolutely support Sun Zhengliang and must not scold him.

Although the above is only a joke, this one only points out the harm.

In fact, in the medical history of our country, there have been similar things that made simple things complicated and made it more difficult to rescue patients.

This is an integer value, very easy to remember, such as 140mmHg, 90mmHg, 60mmHg. Some dangerous situations are more intuitive, such as 60/40mmHg, and everyone can use it with ease.

When I was studying in a medical university, I don’t know which cerebral disability authority stipulated that the unit of blood pressure must be measured in the international unit, that is, kilopascal KPa, and the medical record must also be recorded in this unit.

The original key data values ​​have several decimal points after conversion. I recited it when I was in college, but now I’ve forgotten it all, I can’t remember it at all.

There are so many sphygmomanometers in hospitals across the country, it is impossible to change to kPa measurement at once, but in some important large hospitals ICU, emergency room, etc., it has also been updated to use kPa Metered blood pressure monitor.

Then the doctors and experts who have used mmHg for a lifetime came to rescue the patient with hypotension. There is one more procedure. Calculate, convert it into mmHg, and calculate how low the pressure is. , and then can rely on their previous experience, and then rescue.

This kind of mentally disabled rigid rule has increased the workload of many doctors and killed many patients in a few years.

After being scolded by doctors all over the country for several years, this rule was finally changed based on the bloody lessons of many more patients who died.

After a few years of my work, textbooks and medical records are finally back in the days of millimeters of mercury.

However, because of this strange rule, the rescue of many patients has been delayed.

The new national standard traffic lights, I have been studying for a long time and still haven’t fully understood.

While I will definitely learn it eventually, what about the old ladies among the common people?

Then if they don’t learn, it will greatly increase the probability of traffic accidents.

If they don’t drive, don’t they even walk?

Traffic lights should be as simple as possible, so that they can be remembered and obeyed by the whole people.

Experts should know that not everyone can immediately change the original concept of red light, stop green light and go through learning.

As a senior surgeon who frequently rescues traffic accident victims, I have a deep understanding of this matter.

Beginning more than 10 years ago or more than 20 years ago, the quality of highway grades in my country began to improve significantly.

But at the beginning of every new road construction, many villagers along the route are always killed.

For example, there is a provincial highway between Pujiang County and Lanxi City in Jinhua, called Pulan Line, a large part of which passes through mountainous areas. The original road was very narrow, a winding mountain road, and the car could not drive fast at all.

Residents along the route are used to crossing the road slowly, and there is no danger.

I remember around 2007, the road was remodeled and upgraded. The highway has a tunnel through the mountain, the road becomes straight and wider, and the speed limit is 70 yards in most sections.

Residents along the line, especially some elderly people, still retain their original habits.

As a result, as soon as the new road opened, many people died in car accidents in the first year.

In order to reduce the occurrence of accidents, the traffic police have done village-by-village publicity work on traffic laws, but with little success.

It wasn’t until three or four years later that the number of car accident deaths slowly declined.

Don’t ask me why I know, because I have treated so many people who have been injured in crashes on this highway.

The current road grades and networks are no longer the same as they were back then, and many young people no longer understand this.

But we should not forget these lessons of blood and tears in exchange for life.

Traffic lights should be as simple as possible. In order to let ordinary people remember, remember prison.

If a well-established traffic sign is easily changed, traffic will be in chaos in the short term.

A car accident is worse than a tiger. I hope the relevant departments will be more cautious when changing the traffic lights.