In the documentary “A Woman’s Test Tube Road” recently produced by Titanium Media, the heroine Zhang Mengwei was once judged by a doctor that she “will never have a child of her own”. She and her husband have tried IVF since 2019, and several transplants have ended in failure. They have endured a huge psychological burden and also paid high economic costs.

Families like this are not unique. According to data released by the National Health Commission in 2021, the incidence of infertility in China is 7%-10%, which means that at least 7 out of every 100 couples suffer from infertility. The data published by the medical journal “The Lancet” is even higher. The “Lancet China Women’s Reproductive, Maternal, Neonatal, Child and Adolescent Health Special Invited Major Report” shows that In 2007-2020, my country’s infertility The incidence has increased from 12%18%[1].

About 15% of the 50 million infertile people, or 7.5 million people, require assisted reproductive technology, and the remaining 85% use drugs or surgery to get pregnant [2].

IVF is one of the more widely used assisted reproductive technologies. Since Zheng Mengzhu, the first test-tube baby in mainland China, was born in the Third Hospital of Peking University in 1988, IVF technology has developed rapidly in China. However, the expensive treatment cost makes many infertile patients feel helpless.

Beginning with disease screening, patients go through a series of processes such as blood drawing, ultrasound, injections, medicines, egg retrieval, and transplantation. Single The cycle will cost 30,000 to 50,000 yuan. Due to uncertainties in the technical operation, patients often need to go through multiple cycles to be successful. The treatment cost of more than 100,000 yuan does not include hidden costs such as transportation to large hospitals and lost wages for taking leave to see a doctor. At present, it is all self-funded, which makes many patients discouraged.

But in the near future, the cost of infertile people may be cut by more than half when choosing IVF technology.

On August 16, 2022, seventeen departments including the National Health Commission issued the “Guiding Opinions on Further Improving and Implementing Active Reproductive Support Measures”. The “Opinions” clearly stated that local governments should be instructed to comprehensively consider factors such as the affordability of medical insurance (including maternity insurance) funds and the standardization of relevant technologies, and gradually include appropriate labor analgesia and assisted reproductive technology projects into the scope of fund payment according to procedures /strong>.

According to expert estimates, If the technical items in the first and second generation IVF can be included in the scope of medical insurance Category A reimbursement, it will reduce the overall burden on patients by 56%[3] . According to the estimates of the Health Knowledge Bureau, a new media think tank in the health field, the cost of each cycle of first- and second-generation IVF is between 30,000 and 50,000 yuan, and a 56% reduction in the burden means that each cycle of treatment will save the patient. At least 16,800 yuan.

The first generation – conventional in vitro fertilization-embryo transfer (IVF-ET) technology: It refers to the removal of eggs from a woman’s body, together with sperm in vitro The eggs are fertilized in a test tube, and the embryos are transferred to the uterus to develop. This technology solves the woman’s infertility caused by pelvic adhesions, fallopian tube obstruction, etc. In this process, the sperm relies on its own movement and the egg to form a fertilized egg, so it is also vividly called the “free love” mode.

The second generation – intracytoplasmic sperm injection (ICSI) technology: Sperm will be injected into the egg cytoplasm by micromanipulation. Fertilization is completed, so it is described as “dual marriage” or “arranged marriage”, which solves the male infertility caused by asthenozoospermia or azoospermia in the semen. 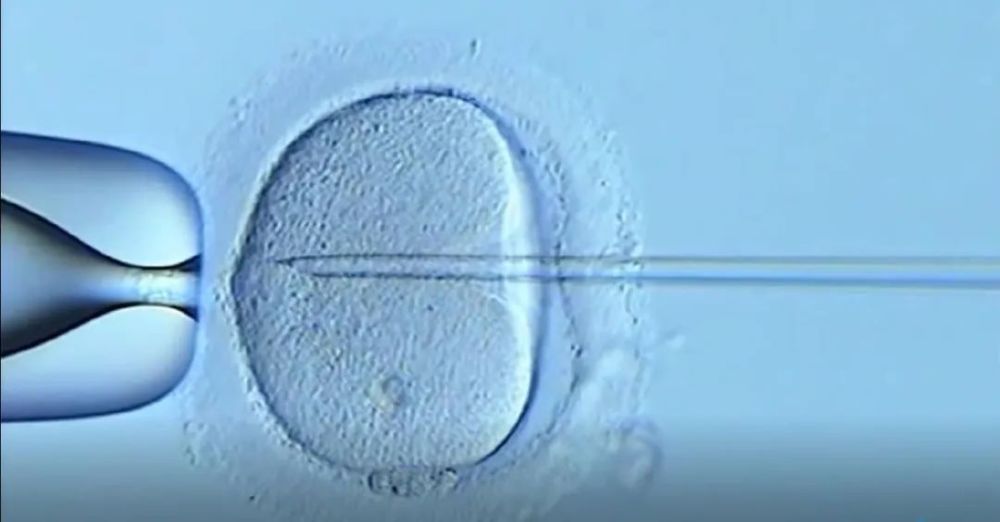 Third Generation – Preimplantation Genetic Testing (PGD) Technology: ItEliminate embryos with genetic diseases and hidden dangers by artificial means, select healthy embryos, and then transfer them into the uterus for gestation. “Selective Admission” has become the biggest feature, and is mainly suitable for couples with chromosomal diseases.

Fourth Generation-Galtoplasmic Replacement (GVT) Technology: This technology replaces the nucleus of an aging egg with a young egg so that both are regenerated Egg cells with strong vitality are formed; the reconstituted egg cells are transplanted into the mother’s uterus after in vitro fertilization to form embryos, and complete subsequent development, commonly known as “three-person IVF”. This technique is mainly suitable for some women with poor egg quality or aging. At present, GVT is still controversial in terms of safety and ethics, and it has not been widely promoted in clinical application.

Write at the end:

The rapid development of medical technology has been able to help infertile people realize their desire to become parents, but how to make the high-precision technology in the laboratory truly an affordable option for patients? There is still a long way to go to improve access to assisted reproductive services.

[3]China News Weekly. Beijing took the lead in including assisted reproduction in medical insurance, experts: it is expected to be rolled out nationwide

[4]The official website of the Department of Maternal and Child Health. Notice of the General Office of the National Health Commission on Printing and Distributing the Core Information on Infertility Prevention and Health Education