“Chronic Obstructive Pulmonary Disease (COPD)” is the full name of chronic obstructive pulmonary disease and is known as the “invisible killer” of respiratory diseases. At present, there are more than 100 million COPD patients in my country, and COPD has become one of the common diseases affecting people’s life and health. How can the public effectively prevent COPD? How should patients with COPD respond scientifically?

Chronic obstructive pulmonary disease (COPD), despite its surname “slow”, grows rapidly. At present, the prevalence of COPD among people over 40 years old in my country has reached 13.7%, and that of people over 20 years old has exceeded 8%. Chronic obstructive pulmonary disease not only seriously affects the respiratory system, but can also cause systemic diseases, resulting in loss of labor, reduced quality of life, and eventually respiratory failure and pulmonary heart disease. .

Zhong Nanshan, academician of the Chinese Academy of Engineering and recipient of the Medal of the Republic, said that more than 95% of COPD patients are in the early stage of the disease (stage 1 and 2). It will become more severe over time, such as feeling breathless with daily activities (ride a car, go up stairs). If patients wait until they have obvious symptoms before going to see a doctor, they often have lost nearly half of their lung function at this time, and their lungs have undergone irreversible changes. 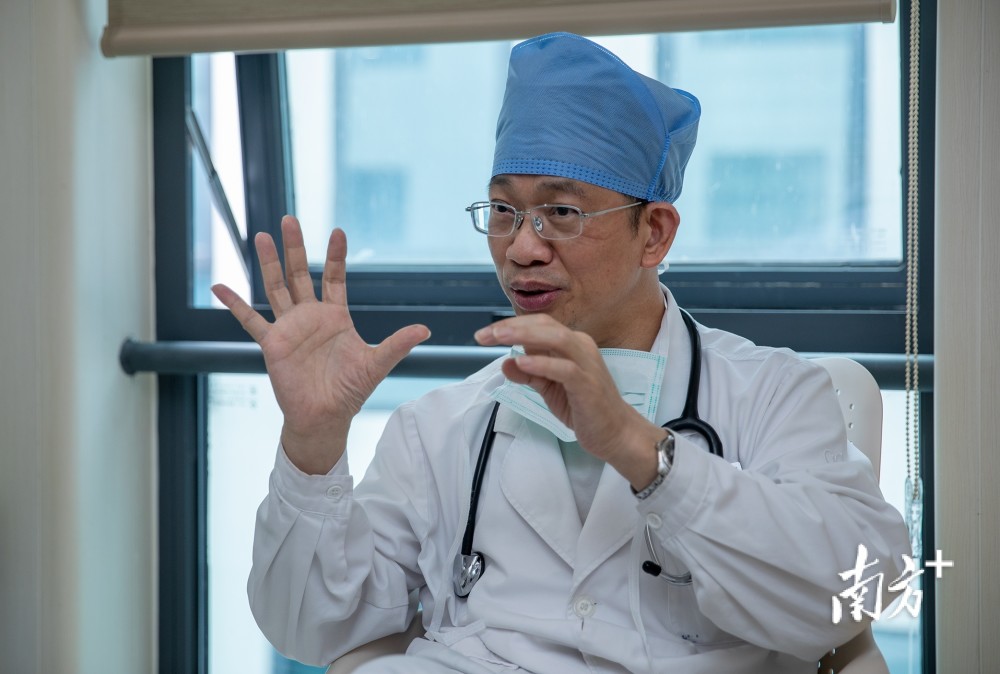 Therefore, early detection, early diagnosis, and early treatment are always the keys to preventing and treating COPD. Zheng Zeguang, a professor of respiratory medicine at the First Affiliated Hospital of Guangzhou Medical University, suggested that “people over the age of 40, especially those who smoke for a long time, or those who have long-term exposure to some high-risk groups such as smoke and biofuels, should have lung function tests every year.”

Is lung testing easy to perform? Zheng Zeguang said that the pulmonary function test has been carried out in the top three hospitals for some time. “Simple lung function test only needs to take a breath, and then see how much gas can be blown out. The more gas blown out, the better the lung function.”

Clinically, due to errors in the procedure or operation of the inhaled drug, the patient’s condition has not been significantly improved despite daily inhalation therapy. Zheng Zeguang said: “If the patient cannot inhale the drug correctly, the efficacy of the drug will be greatly reduced.”

Zheng Zeguang will help and instruct every COPD patient to clear the phlegm from the airway before inhaling the medicine. Zheng Zeguang explained that the human lung is like a tree, the trachea is the trunk, the alveoli are the leaves, the branches from the large to the small are the trachea of ​​different sizes, the thick branches (bronchioles) are hard, and the small branches (bronchioles) is soft. Due to the high secretion of mucus in the airway of COPD, there will be phlegm in the bronchi of patients, even if it is only 0.5 ml, it can stick the small trachea. “If the sputum in the bronchi is not completely removed, some of the drugs will not reach the distal alveolar bronchi, but stick to the sputum, so that the drugs excreted with the sputum will not work.”

Mastering the proper inhalation method is equally critical. At present, there are two main types of inhalation devices for COPD treatment: one is a push-type active output device, and the other is a dry powder inhaler that is output by the patient’s inhalation. Zheng Zeguang said, “Patients use non-standard drug inhalation methods, which is an important reason for ineffective treatment.”

When talking about the characteristics of the department, Zheng Zeguang is well organized. “First, we will give individualized medication guidance to the patient based on his lung function. Second, we will teach him how to clear the airway and expel sputum. Finally, we will let the patient know how to preliminarily judge the severity of his condition.”

Zheng Zeguang introduced that the exacerbation of COPD patients is mainly accompanied by three symptoms: cough, expectoration, and difficulty breathing. In daily life, patients can judge whether the condition is aggravated by pulmonary function test and perception of changes in their exercise tolerance. “The cost of hospitalization for exacerbation of COPD is the most expensive, and the damage to the body is also the greatest. The damage is not only due to the aggravation of the disease, but also the side effects of drugs.” Zheng Zeguang said.

It is worth noting that some patients have no problem with inhalation, but they still experience repeated acute exacerbations. Zheng Zeguang said, “It is likely related to the patient’s daily eating process. “.

Previously, Zheng Zeguang’s team conducted a survey on COPD inpatients. The survey found that 30% of COPD patients hospitalized due to acute exacerbation had errors in their daily meals. sucking behavior.

Zheng Zeguang explained that there are two main types of aspiration behaviors: one is overt aspiration, in which the patient will cough as soon as he eats; the other is invisible aspiration, this type of aspiration Usually no obvious features can be seen, and it needs to be detected by professional medical equipment.

Zheng Zeguang reminds patients with COPD to chew thoroughly before eating. For patients with aspiration, during the swallowing process, it is necessary to avoid food entering the lungs by mistake, and choose to eat with the head down or on the side as much as possible.

At the end of the interview, Zheng Zeguang said earnestly that the number of COPD patients in my country is large, and the key to treating COPD lies in “how to maximize the efficacy of drugs and allow patients to spend less money” , can also control the disease of chronic obstructive pulmonary disease.”