Elementary school students who do not know how to do homework can call the psychological helpline?

“This reflects the increasing attention paid to mental health and the increasing awareness of asking for help.” Wei Hualin, head of the Guangzhou Psychological Assistance Hotline, told reporters.

October 10, 2022 marks the 31st World Mental Health Day, and this year’s theme is “Creating a Better Environment for Mental Health.” On the same day, Guangzhou Mental Health Center and several units held a mental health on-site publicity activity in Huangpu District, Guangzhou. At the event site, Zhang Jihui, director of the Sleep and Rhythm Medicine Center of the Brain Hospital Affiliated to Guangzhou Medical University, gave a special lecture on how to improve sleep conditions.

A number of experts in the field of mental health said in an interview with reporters that at present, Guangzhou people are paying more attention to mental health and more diversified ways of seeking help. At present, each of the 176 streets in Guangzhou is equipped with at least one psychiatrist. The psychological assistance hotline has received more than 30,000 calls in the past year.

Ning Yuping, Secretary of the Party Committee of the Brain Hospital Affiliated to Guangzhou Medical University, said at the event that according to data released by the World Health Organization, there are about 450 million people with mental disorders in the world, and three-quarters of them live in low- and middle-income countries. Mental disorders have become a serious and costly global health problem, affecting people of different ages, cultures, and socioeconomic status. Improving mental health is central to achieving universal health coverage.

He Hongbo, vice president of the Brain Hospital Affiliated to Guangzhou Medical University, who once led the Guangdong Psychological Rescue Team to support Wuhan’s anti-epidemic, introduced in an interview with reporters that Guangzhou has already improved the city, district and street levels. The mental health service network, in addition to setting up mental health centers in each district, is currently equipped with at least one psychiatric practitioner in 176 streets in Guangzhou, stationed in community health service centers, providing health management and community rehabilitation for people in need in the community. Serve. In addition, the Guangzhou psychological rescue team of more than 60 people also accepts psychological rescue tasks at any time.

Wei Hualin introduced that the Guangzhou Psychological Assistance Hotline currently has 11 full-time staff, who answer the psychological hotline in shifts 24 hours a day. “At present, about 30% of the calls to the hotline come from within Guangzhou, about 30% from within Guangdong Province outside Guangzhou, about 40% from other provinces, and about 1% from overseas Chinese for help,” Wei Hualin said. , the changes in the figures show that people’s acceptance of psychological assistance is increasing.

“For example, the overall male-to-female ratio of incoming calls is about 4:6. This has a certain relationship with women’s higher awareness of asking for help in psychological problems and their willingness to actively confide in negative emotions. Because from the research data In China, the suicide ratio of men and women is almost the same, and women are even slightly lower than men, but women who call for help are higher than men.” Wei Hualin said. 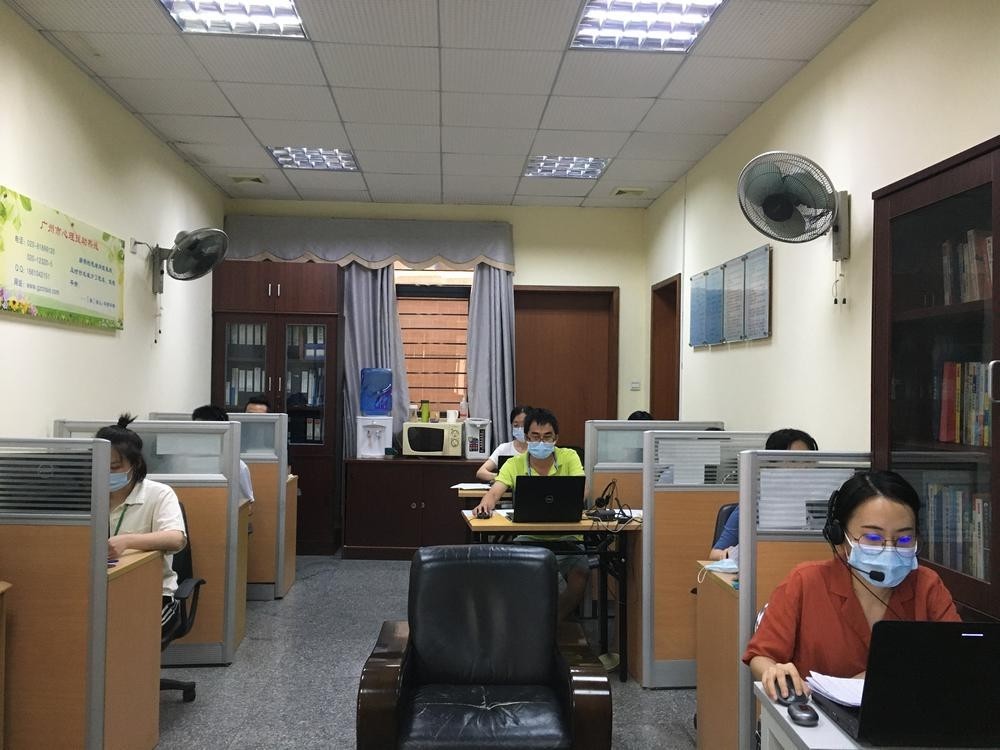 In addition, the peak of incoming calls lasted from 3:00 p.m. to 2:00 a.m., and the number of incoming calls increased significantly in the evening. The callers were mainly young people, most of whom were around 20 years old. Wei Hualin analyzed that this may have something to do with the “late night emo” (that is, emotional instability) now dubbed by urbanites and the convenience of calling for help at night.

“It is worth noting that, in recent years, there has been a change in hotline calls: the tendency of people to seek help is relatively younger. Although most of the younger calls are not necessarily serious psychological problems, they reflect psychological problems. The popularization of health awareness and active help-seeking awareness.” Wei Hualin said, “When our psychological hotline first opened in 2007, teenagers usually call for help when they are in their 10s, and now maybe eight or nine-year-old children will also call. There was an 8-year-old who called because of homework troubles, and the call came with the encouragement of his mother. I think this reflects the convenience and speed of the hotline, which is conducive to the early intervention of psychological problems.”

Those in need can call the hotline for assistance