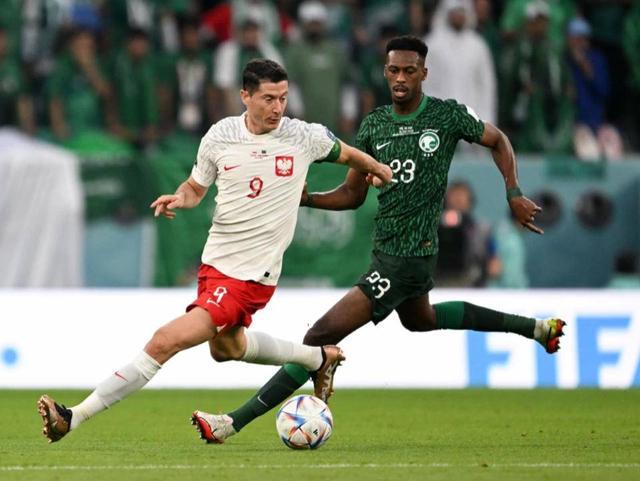 The game started, and the Saudi offensive was fierce , forcing the Polish team to foul and get 3 yellow cards in 4 minutes. Half-time data showed that Saudi Arabia had 4 shots and 3 shots on target, with a ball possession rate of nearly 60%, almost pressing down on the Polish team. However, they have not been able to break through the opponent’s goal, but the Polish team took the lead in breaking the deadlock.

In the 39th minute, Poland quickly organized an attack. Lewandowski’s first shot was blocked by the opponent’s goalkeeper. Then he controlled the ball and passed it to the goal. Zelinski, who was unmarked Facing the ball, he shot angrily and scored.

Originally, the Saudi team had a chance to recover the score, but Polish goalkeeper Szczesny refused. In the 44th minute, Polish player Belik pulled down Saleh Shehri in the penalty area, and the referee awarded a penalty after watching VAR. Subsequently, Dosari took the penalty kick, which was saved by Szczesny in the right direction, and then Blake’s supplementary shot was also blocked by Szczesny. In the 55th minute, there was chaos in the Polish penalty area. Dosari “picked up the leak” and shot from close range. Szczesny once again rejected the ball. 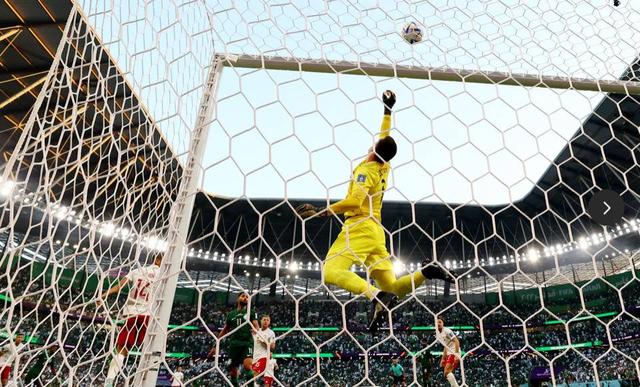 The 82nd minute belongs to Lewand The time has finally come. There was a mistake in the Saudi defense line. After stealing the ball, Lewandowski scored his first goal in the World Cup with a single-handed left-footed shot. After scoring the goal, Lewandowski was very excited, lying on the ground and crying with joy. It is worth mentioning that, coupled with the previous assists to his teammates, Lewandowski became the first Polish player to score and assist in a single World Cup match in the past 40 years.

In terms of audience data, Saudi Arabia took 16 shots and the ball possession rate exceeded 60%. During the game, the fans can feel their strong desire to fight, dare to fight, and spare no effort. It’s a pity that in front of the “goal god” Szczesny, they gained power and failed to score.

After this battle, Poland ranked first in the group with 4 points, and Saudi Arabia ranked second with three points. In the same group, Mexico and Argentina are two teams whose strength should not be underestimated. Next, the Polish team will face Argentina in the third round, while the Saudi team’s next opponent is Mexico.