“The ocean of ‘medicine’ is endless and learning is endless.” On September 26, after a trip of thousands of miles to study, Gao Dawei, vice president of Zhongshan Hospital of Traditional Chinese Medicine, said with emotion, ” Professor Wei Guikang, a master of traditional Chinese medicine, is 84 years old this year. However, he still insists on opening clinics for six and a half days a week, conducting careful inquiries, careful physical examinations, and setting bones for patients in person. During this trip, we not only learned the theories and techniques of Master Wei Guikang , and more admiration for his character and medical ethics.” 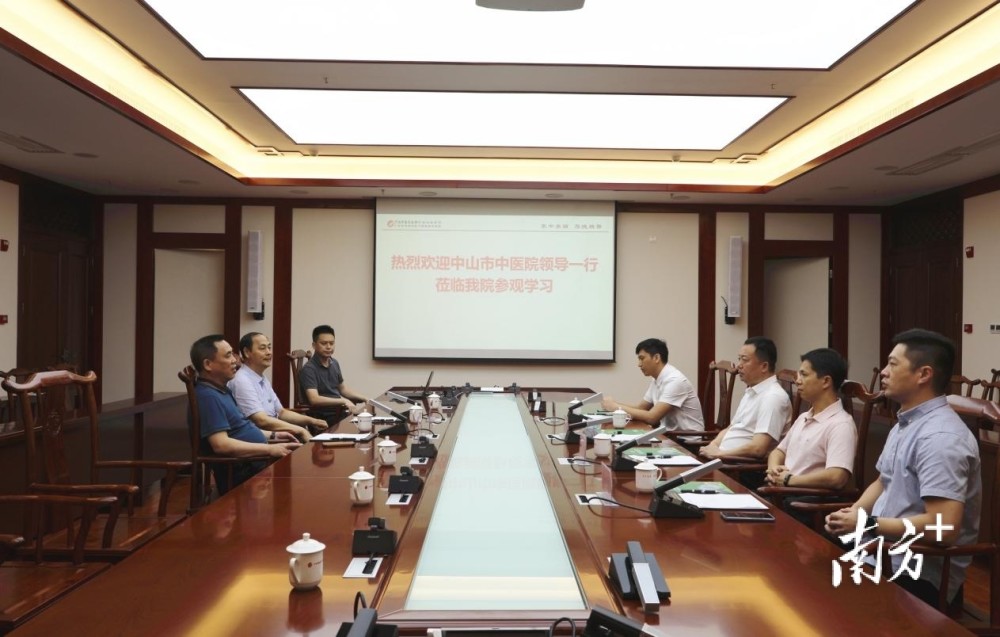 Just after one month of apprenticeship, Dawei Gao led his “disciple team” to Nanning, Guangxi, and followed the Chinese medicine master Professor Wei Guikang for a week of study. 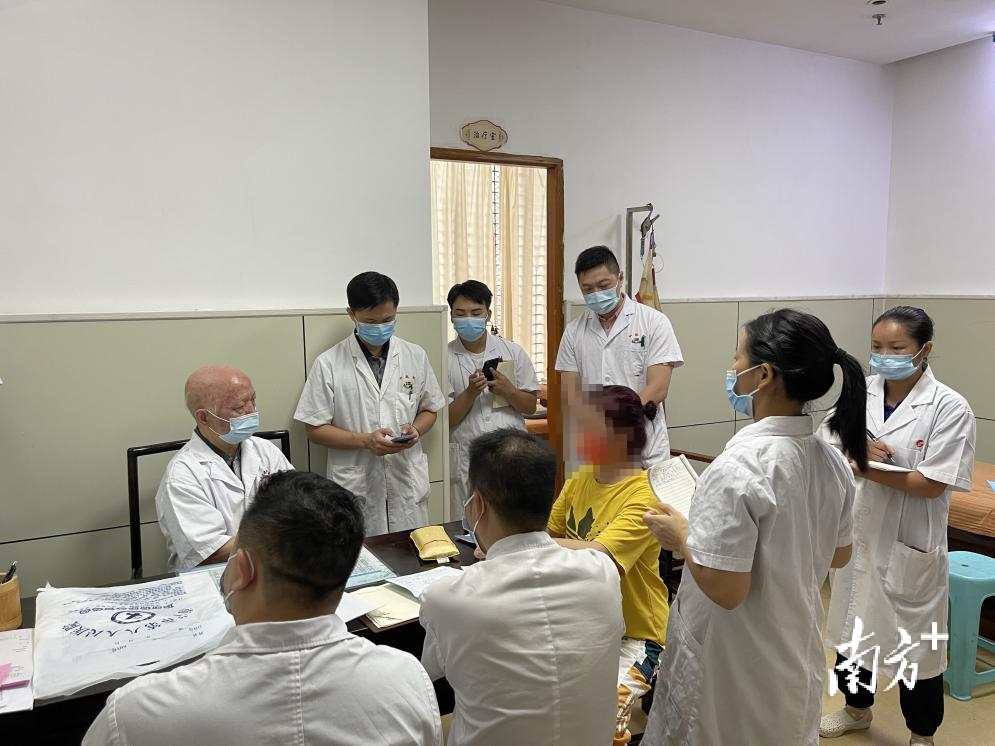 84-year-old Professor Wei Guikang gave lectures and demonstrations to his disciples very carefully at the same time of diagnosis and treatment.

Why not study far away? “Master of Traditional Chinese Medicine” is actually the highest honor in the Chinese medicine industry, jointly awarded by the Ministry of Human Resources and Social Security, the National Health Commission, and the State Administration of Traditional Chinese Medicine. Since 2009, the selection of Chinese medicine masters has been conducted every five years, and only 30 people will be selected in each session. At present, only 120 people in the country have been awarded the title of “Master of Chinese Medicine”. 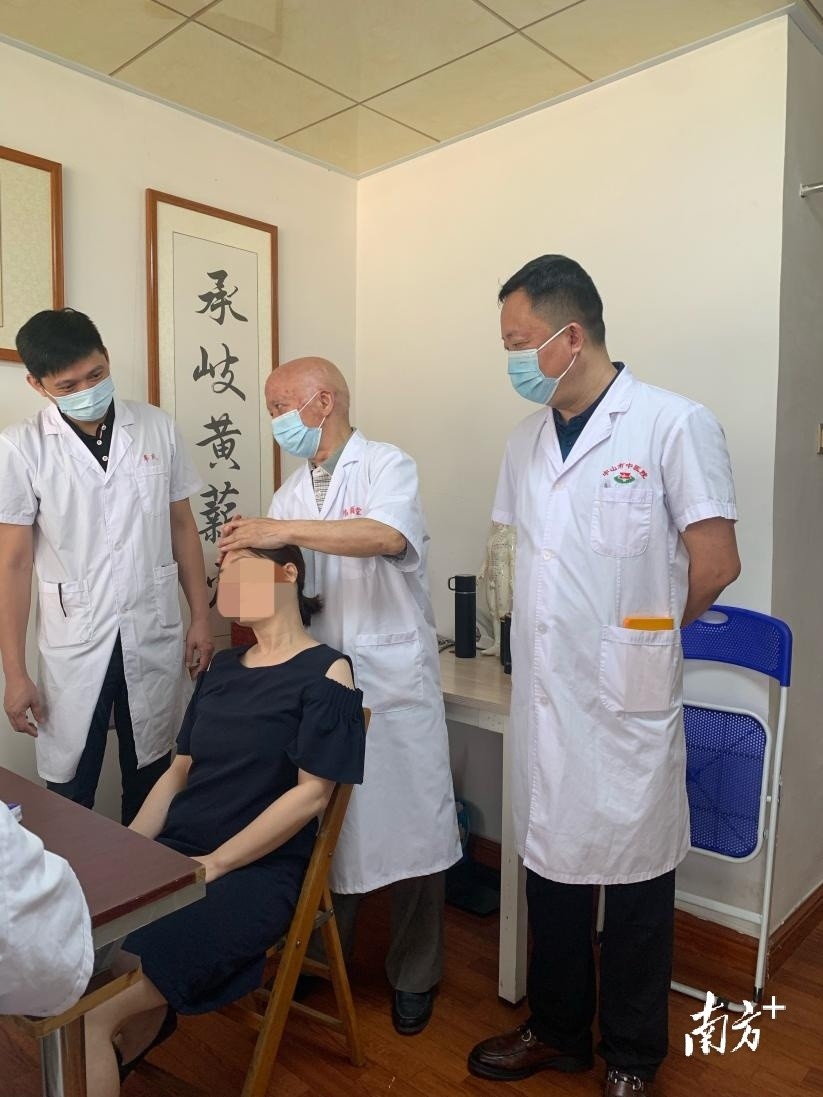 84-year-old Professor Wei Guikang insists on opening six and a half days a week to set bones for patients in person.

Professor Wei Guikang gave lectures and demonstrations to his disciples very carefully at the same time of diagnosis and treatment. What is even more commendable is that after the consultation, he worked tirelessly to teach and solve doubts for the disciples in Zhongshan, hoping that they could master more theories and techniques in the limited time and return with a rewarding experience.

“Four senior professional title expert disciples came to study with the teacher. The high standard and the large number of students reflect the importance that Zhongshan Hospital of Traditional Chinese Medicine attaches to me and the sincerity of the students.” Wei Guikang said .

During the process of following the teacher, four doctors from Zhongshan Hospital of Traditional Chinese Medicine saw patients with various incurable diseases seeking diagnosis and treatment from Wei Guikang every day. Some of these patients belong to the category of orthopaedics, such as ankylosing spondylitis, necrosis of the femoral head, nonunion of calcaneal fractures, etc.; some do not belong to the category of traditional orthopaedics, such as fatigue syndrome, cervical spondylotic hypertension, depression, etc. . 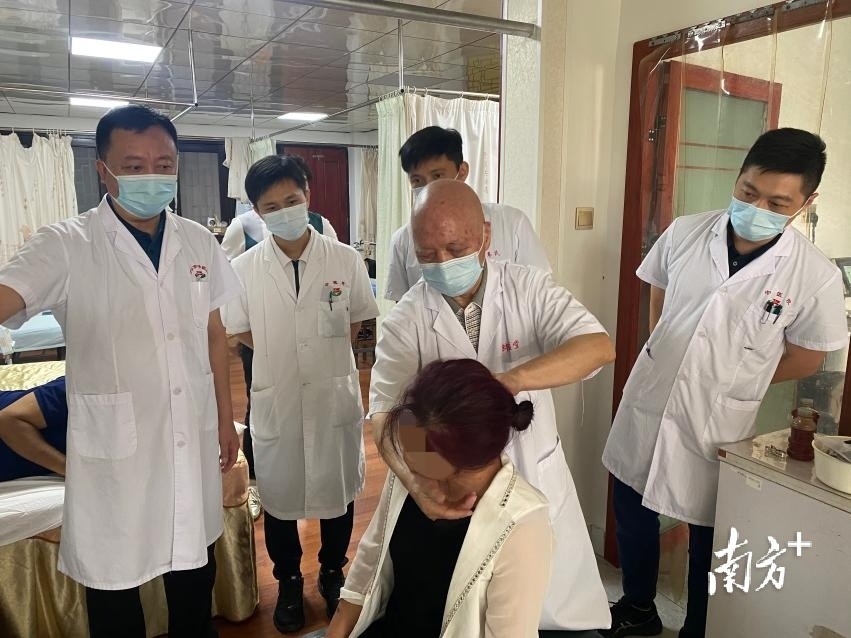 84-year-old Professor Wei Guikang insists on opening six and a half days a week to set bones for patients in person.

“Most of them sought medical treatment without success. Under Professor Wei’s systematic treatment, many patients have recovered significantly.” Gao Dawei said.

At the end of the trip with Master, Gao Dawei said: “In the days to come, we will follow Master as an example, stand on our own posts, and exclude people from Zhongshan and surrounding areas. At the same time, we will also strive to make more contributions to the inheritance, development and revitalization of traditional Chinese medicine.”