Recently, prices have risen significantly in some parts of the world. After all, it is a special period. We can still understand if the price of food, clothing, housing and transportation is only increased. But what I never expected is that this brand new field – “it” can still increase the price so much…

>Screenshot of the official website of Cryos InternationalOn July 28, affected by the rise in global crude oil prices and the epidemic, Cryos International, the world’s largest sperm bank, raised the price Sperm prices. Quoting Japanese media news, the rise in crude oil prices, the rising cost of raw materials such as sperm straws and storage containers, and the fact that many single women want to have children under the epidemic have led to rising sperm prices. 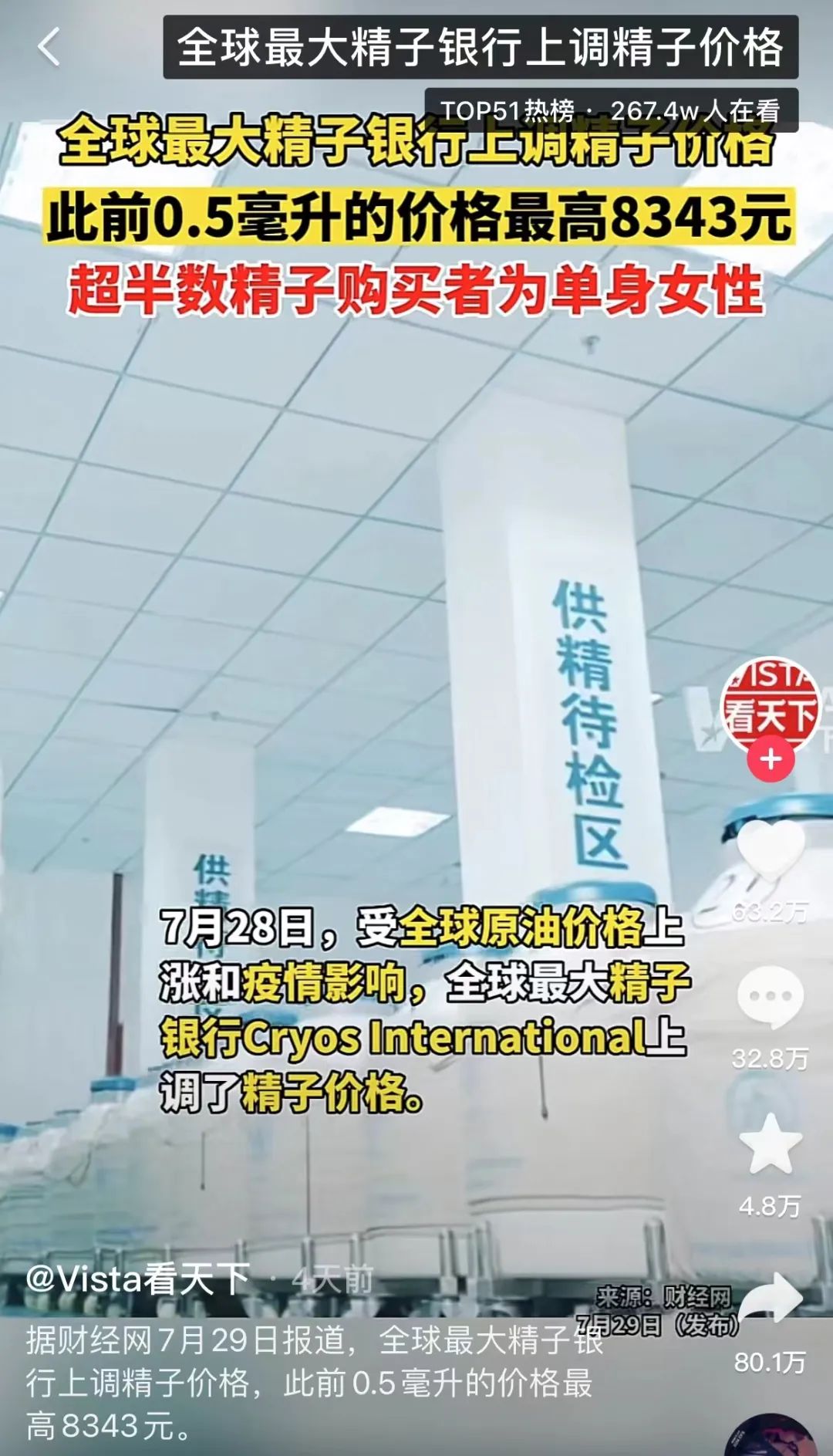 Source: Vista, the company’s video screenshot The price of sperm varies depending on the donor, 0.5ml costs about 500 to 8343 yuan. More than half of Japanese buyers are single women, and most of them choose sperm from East Asian regions such as China and South Korea because they want to have children similar to themselves. (Above data source: Vista watch video content)

“Sperm Bank” CriteriaWe read about sperm motility (MOT) and quality on the official sperm bank website. In assisted reproduction through donor sperm, the sperm must be of high quality to ensure the highest chance of pregnancy. Cryos International carefully verifies each donation and labels sperm motility on all sperm carriers. And sperm motility is one of the parameters that helps them measure sperm quality.

Cryos International official website screenshot sperm motility is also known as MOT per milliliter. The number of viable sperm cells. This means that every milliliter of MOT20 semen contains at least 20 million viable sperm cells. Most Cryos sperm carriers contain 0.5 ml of semen. Sperm banks measure sperm motility and quality in a variety of ways. When the sample is received, they look at the concentration of sperm cells and the ability of the sperm cells to move. Cryos International Sperm Bank strictly monitors the quality of sperm in order to improve the chances of pregnancy. So what screenings can ordinary people use to understand their sperm quality? What are the criteria for measuring sperm quality? Measurement of sperm quality

There are many indicators and factors about sperm health, we will list them below A few items are briefly explained:

A normal male fertile ejaculates 2-6 ml, with an average of 3.5 ml. One ejaculation volume was negatively correlated with ejaculation frequency. 1-2 milliliters are suspicious abnormalities, and those less than 1 milliliter or more than 7 milliliters are considered abnormal. If there is no ejaculation for several days and the amount of semen is less than 1.5 ml, it is abnormal, indicating that the seminal vesicle or prostate has lesions; Found in specific infections of the reproductive system, such as tuberculosis, gonorrhea and non-specific inflammation. If the amount of semen is too large (more than 8 ml at a time), the sperm will be diluted and correspondingly reduced, which will hinder fertility.

normal semen appearance Milky white, pale yellow or colorless. If the abstinence time is too long, it can be light yellow. Yellow or brown pus-like semen is seen in seminal vesiculitis or prostatitis; Bright red or dark red bloody semen is seen in inflammation, tuberculosis and tumors of the reproductive system.

< span>Normal, fresh semen is viscous and jelly-like for a few seconds after discharge, and begins to liquefy after 30 minutes under the action of plasmin in the semen. If the viscosity decreases like rice soup, it may be due to decreased sperm count, which is seen in inflammation of the reproductive system; semen does not coagulate, which is seen in seminal vesicle blockage or damage; if the semen does not liquefy after 1 hour, it may be due to inflammation destroying fibers Caused by lysozyme, such as prostatitis; non-liquefaction of sperm can inhibit sperm motility and affect conception.

Put the small straw in contact with the liquefied semen, and gently lift the straw to form a long, wire-like shape. Normally, its length is less than 2cm.

pH. Normal semen is slightly alkaline, pH 7.2-8.0. pH value less than 7 or greater than 8 can affect sperm activity and metabolism, which is not conducive to conception. PH<6.5 indicates absence of seminal vesicles; PH>8 indicates inflammation of accessory gonads, which can lead to infertility.

The motility of sperm is generally divided into four levels: A, B, C, and D. Level A is the sperm that swims forward in a fast straight line, level B is the sperm that swims slowly forward in a curved line, and level C is moving in situ Sperm, D grades are immotile sperm. Among them, A-grade fast linear forward spermatozoa ≥25% (fourth edition)/PR≥32% (fifth edition) can fertilize eggs.

ul>Normal value: 36.72±21.43U/L. Acrosome is indispensable for sperm motility and fertilization, and its insufficient activity can lead to male infertility.

How to prevent low sperm motility in life?

Tobacco and alcohol will not only endanger the health of men, but also have a certain impact on men’s sperm, which will reduce the quantity and quality of sperm, and cause sperm to lose their original vitality. cause male infertility. Even with childbirth, there is a risk of a deformed fetus.

Additives present in some foods can also affect men’s sperm.

ul>Long-term high-frequency sex life will keep the male prostate in a congested state, which will induce male prostatitis and affect the quality and vitality of sperm.

Sperm has very strict temperature requirements. Too high or too low will affect sperm motility. Therefore, it is recommended that you maintain a suitable temperature in daily life.

Working places under the state of radiation are easy to cause sperm to be killed and injured by radiation, thereby reducing sperm motility and number, and may lead to still sperm in severe cases. Source: Dr. Li Cuiying’s studio, Baidu Encyclopedia, etc.Editor: yeah Reviewer: Xiao Ran 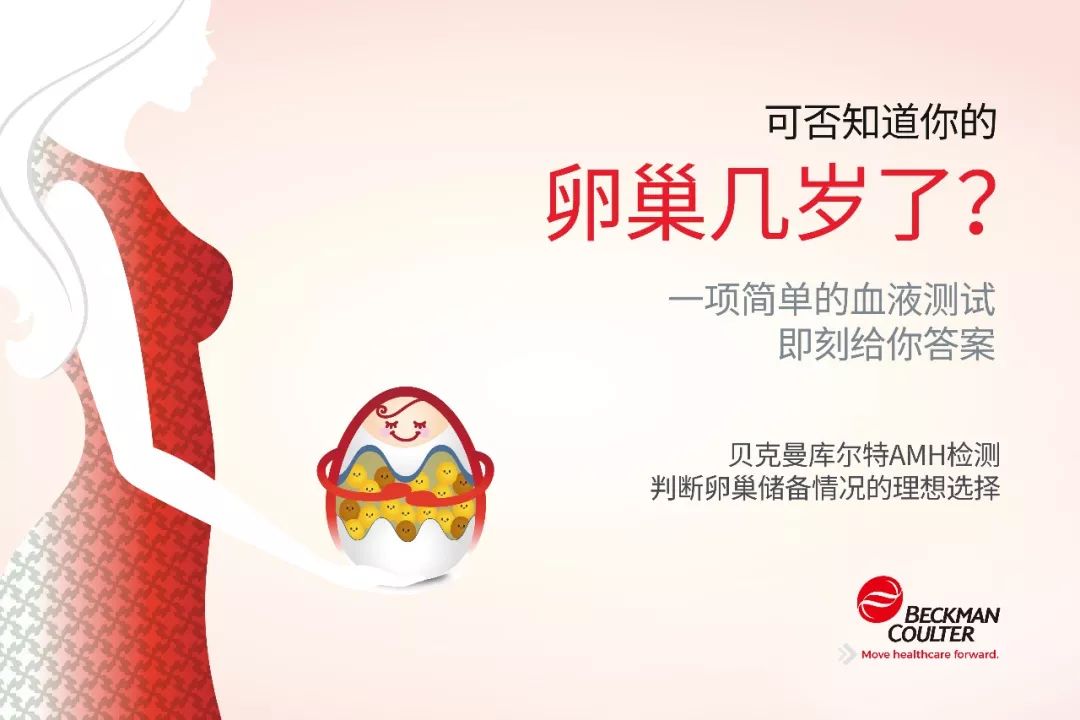