From 0 to 24:00 on April 18, 2022, 7 new local deaths were reported in Shanghai. The age ranged from 60 to 101 years old, of which 6 cases were over 75 years old, with coronary heart disease, diabetes, hypertension grade 3, sequelae of cerebral infarction, cardiac function grade Ⅲ, cerebral infarction, hypoalbuminemia and other serious underlying diseases. One case (60 years old) under 75 years old was complicated with traumatic brain herniation, traumatic subdural hemorrhage, multiple cerebral contusions, traumatic subarachnoid hemorrhage, and central diabetes insipidus. The above 7 people’s condition worsened after being admitted to the hospital, and they died after the rescue failed. The direct cause of death was caused by the underlying disease. 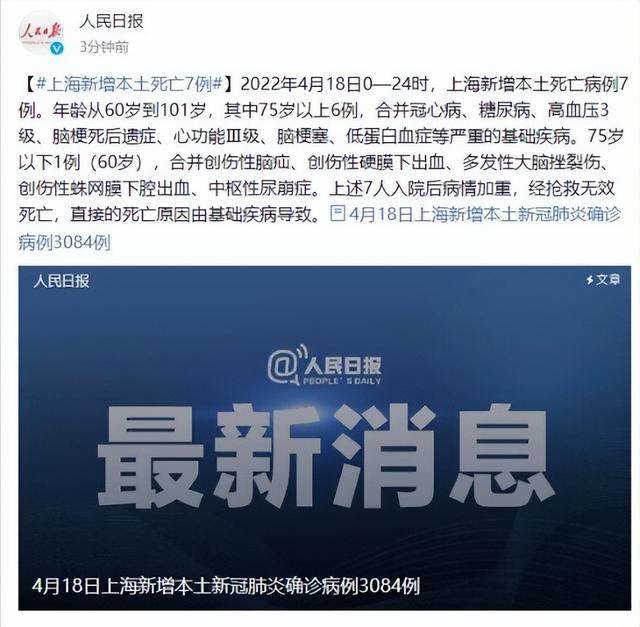