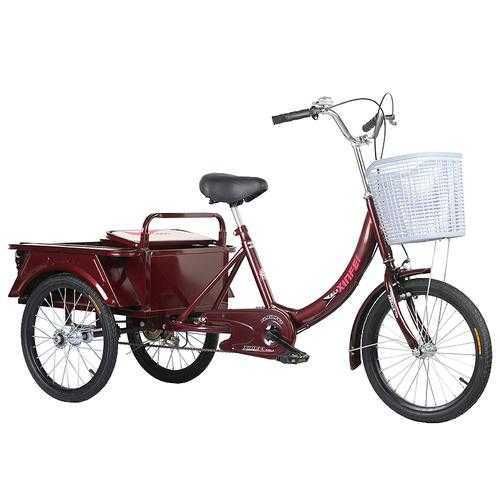 In the 1990s, when I was teaching at Yuecheng Middle School, one Saturday afternoon, my colleague Wang Sichang approached me and said “Old man, I have something I want to ask you to do for a favor.” I involuntarily said, “Hey! Why are you being polite to us! What are you talking about!” So, Sichang told me a story like a story. Talk it out. He said: “When I was a child, my grandfather loved me the most, and the old man always kept it for me. I will never forget his great kindness and virtue. Now, I graduated from normal school and started working. But my grandfather is getting older day by day. I can no longer see the old man walking vigorously and vigorously. Instead, he is staggering and staggering. Every time I see my grandfather walking with difficulty, I can’t help but cry. I swear, I will definitely use me With a meager salary, I bought a vehicle for my grandfather. The day before yesterday, I bought a tricycle at the Heze Binghua Tricycle Factory. The old man will love it when he sees it. I can’t wait to send it home immediately, but I don’t know how to ride a tricycle. It’s really powerful. Shi! I made a promise to Jianjun, an alumnus of the normal school, that both of you can ride, and help me to send me to my hometown in Caoxian, but the old man’s wish.” The filial piety is commendable, and I was so moved that I could not help but agree immediately.

On Sunday morning, the three of us got up early and started our journey. According to the pre-agreed division of labor, Sichang rode bicycles to lead the way, while Jianjun and I took turns riding bicycles and walking on three wheels. When you go, take the east line and go south along Renmin Road. When we first started, Jianjun and I worriedly asked how far it was from Sichang to his hometown. He said, not far! It is after Dingtao. We both thought to ourselves that it is only 30 kilometers from Heze to Dingtao, and it would be a piece of cake for two people to take turns riding! We chatted and laughed along the way, and we talked about the mountains from the south to the north, and no one felt tired, and we passed the Dingtao world before we knew it. At this time, Jianjun remembered Sichang’s words and asked, Dingtao has passed, is it coming? Sichang pointed to the front and said, did you see the dark village in front of you? That is my village. We didn’t think about anything, we just wanted to get there with a little effort. At this time, no one spared any effort, rushing forward with sweating profusely! After finally reaching the point, Jianjun said out of breath, “Which street is it?” Sichang comforted and said, don’t worry! The village in front is the one! We were fooled! How could this guy use Cao Cao’s thirst-quenching trick so well! After another village after another, he said again and again that it was coming, and we were both disappointed again and again. go, go! Sigh, sigh! I don’t know how many turns I have turned, passed a few hurdles, climbed a few slopes, passed through a few villages, and crossed a few villages, and finally came to a small remote village in Zhuanmiao Township, Cao County. Sichang said, do you see it? This is my farm. We didn’t believe what he said, but this time it’s really here! Jianjun couldn’t help but sigh: Brother Keshi, you see, Sichang was lucky to be admitted to school and get out of the house! Otherwise, when will I be able to climb out of this remote village? I said yes! Whoever lives, Sichang has become a glorious people’s teacher with his own efforts, not only can he honor his ancestors, but also win great honor for their village!

When we came home, it was past noon, and the family had already prepared meals, and we were warmly received. When grandpa saw his beloved tricycle, the corners of his mouth were slightly raised on both sides, a satisfied smile filled his wrinkled face, and he praised his grandson for being filial and caring! During the banquet, Sichang’s father accompanied us to lunch, and everyone exchanged glasses and drank happily. Congrats to grandpa for a happy baby horse! Wish the whole family happiness and health!

When returning, we diverted the west line to the south of Hemin Road at the suggestion of Sichang’s parents. The two of us rode our bicycles on a single wheel, and by drinking wine, we drove all the way, and the road was smooth, and we arrived at Heze without knowing it.

Jianjun invites you to be a guest at home in the evening to share the joy of this trip. It is better to be respectful than to obey, so I have to drive a “car” to go. Jianjun’s mother made a few delicious dishes very enthusiastically, and then brought out the “Jianjun Rice Wine” kept at home to entertain us. Sichang immediately came out of the alliance: in Jianjun Mansion, Jianjun rice wine was served, and he met his confidant. Asking us to put out the second couplet, I thought for a while, and replied: Ju Heze City enjoys Heze’s national flowers, and the flowers bloom in prosperous times. Everyone clapped and cheered, and drank it all!

As the years go by, I have already left the church and moved to Ermao, Heze. More than ten years later, a few of my colleagues at Ermao Factory entrusted me to find a way to solve a difficult problem. At this time, I remembered that Sichang has a good social connection and a wide network of people, so I called him to ask him for help. When it was done, when we thanked him at Ermao Restaurant, we involuntarily mentioned the past of sending the car again. Shichang was filled with emotion, tears welling up in his eyes, holding a glass and pouring wine. He sighed: Grandpa has passed away for many years, if the old man has a spirit in the sky, he will never forget our brothers The beautiful past of lovingly teaming up to deliver the car.