This is a confession from a polyp.

My nameis polyp. In fact, I am just a piece of extra “meat”, or a “meat” called neoplasia, which is empty in your body. The inner surface of the cavities covered by mucous membranes, from the nasal cavity, vocal cords, stomach and intestines, gallbladder, to the uterus and bladder, are the places I like to grow.

The doctor named us according to the parts of our growth, such as “nasal polyps”, “stomach polyps”, “rectal polyps” “, “bladder polyps” and so on. If there are more than two polyps in a certain area, it is called “multiple polyps”. 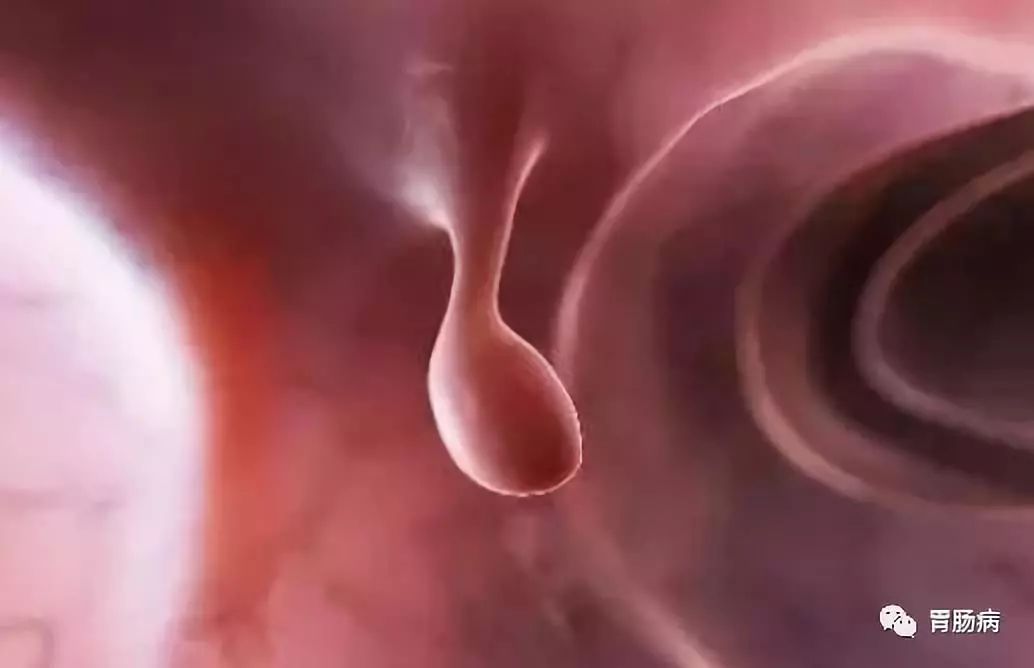 Generally speaking, I grow slowly , It is also very hidden, and will not easily expose itself.

The most vulnerable among us to expose ourselves is the vocal cord polyps, which can make people hoarse when they are as small as sesame or mung bean, and they are detected early.

When the polyps in the nasal cavity grow to the size of a pea, the symptoms such as nasal congestion and epistaxis will be seen by the doctor;

Polyps on the body of the stomach can grow very large without the patient feeling it;

The most insidious is the colorectal polyps, which are often distributed frequently and usually grow invisibly. At that time, they can become colon cancer by “changing their bodies”, but My surface is very fragile and easy to bleed. When patients find bloody stools, they will go to the doctor. I can’t hide my fox tail, but the patient’s condition is often not serious.

So don’t wait until you have symptoms to think of me!

I am actually a close relative of cancer

You see, I’ve gotten into a lot of trouble. This is nothing, people are most afraid of my cancer, because cancer is carried out secretly, once the symptoms are found, it is very likely to be an advanced cancer with extensive metastases, and the doctor can’t do anything about me at this time. .

It is fitting that I am a close relative of cancer.

But not all of our family members get cancer, and here I can tell you some of the mysteries. For example, 95% of colorectal cancer is what we look like when we grow up!

Not every polyp becomes cancerous

Because the malignant ones are very few, and the benign ones are the vast majority, under normal circumstances, they will not pose a threat to life. Even if they become cancerous, it will take a long time.

1. Polyps that grow rapidly in a short period of time tend to be more dangerous and less fortunate, so we should be alert to their cancerous changes, especially if the diameter is larger than 2 cm polyps should be regarded as malignant;

2. Histologically adenomatous polyps are prone to cancer and are inflammatory

4. Certain genetically predisposed polyps, such as familial colon polyps, are prone to cancer; 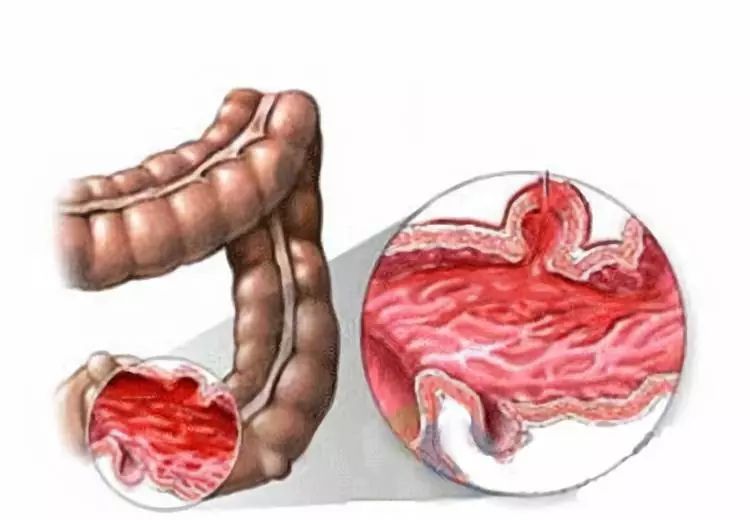 In fact, I am most afraid of your inspection

Since it was known that we have “relatives” with cancer, people have become more and more alert to our polyps, and they use rhinoscopes, laryngoscopes, cystoscopes, esophagoscopes, Gastroscopy, choledochoscopy, colonoscopy, etc. peep at our existence, and treat us as precancerous lesions in a timely and thorough manner, so that we have fewer and fewer opportunities to threaten the lives of patients. 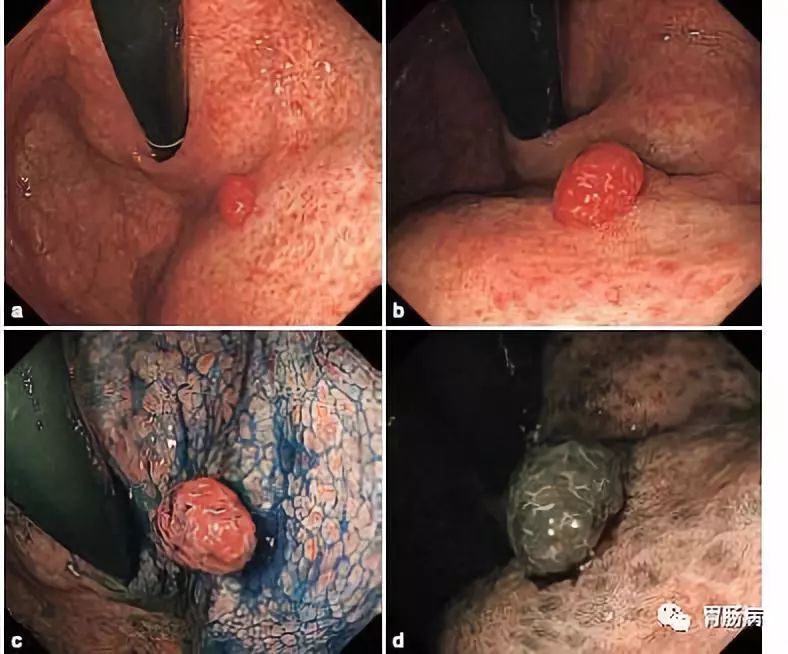 I will be cancer for 5-15 years, If you can find me during this time and remove me, I’ll never have a chance of cancer again.

Around your 40s , I may grow into cancer, so you have to find me before I grow up and get checked before I am 40.

So If you don’t find me for a long time, then I can grow into a cancer smoothly.

About 1~5% of gastroscopy examiners find gastric polyps , of which about 80% were inflammatory or hyperplastic polyps, and 20% were adenomatous polyps. The former has a low cancer rate of about 0~5%; the lattercancer rate is as high as 25~50%!

Why do gastric polyps grow?

Studies have shown that about 40% of patients with inflammatory hyperplastic polyps co-infected with Helicobacter pylori Polyps shrink or disappear after H. pylori eradication.

Who should be screened?

Gastric polyps are more common in people over the age of 50, Fecal occult blood and gastroscopy are recommended for people over 50 years of age. Gastroscopy should be reviewed every 1 to 2 years even after polyp removal.

2. Intestinal polyps: If found, it should be removed as soon as possible

Intestinal polyps are mainly inflammatory and There are two types of adenomas, most of the former will not be malignant, while the latter have a higher probability of malignant transformation. According to statistics, 80-95% of colorectal cancers evolve from intestinal polyps step by step, and this process may take 5-10 years, so we have a lot of time and opportunity to find and remove it!

Why do intestinal polyps grow ? 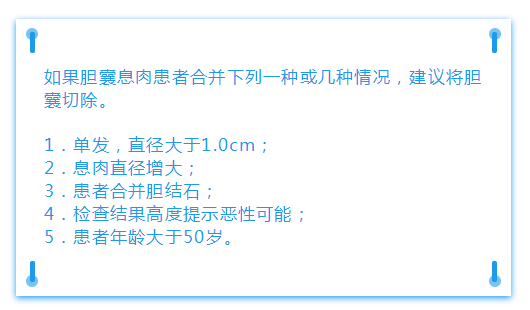 Who should be screened?

It is recommended that people over the age of 40 have an annual abdominal B-ultrasound screening. Patients with no high-risk factors, polyps less than 1cm, and patients younger than 50 years old should have their ultrasound checked once every 3 to 6 months. B-ultrasound.

The cancer risk of nasal polyps is much lower than that of intestinal polyps and gastric polyps strong>, but if there is frequent epistaxis and the patient is old, a few may develop cancer. Nasal polyps can cause a lot of trouble to people, because they usually grow in the sinuses, which will hinder the ventilation of the sinuses, and then cause nasal congestion, dizziness, tinnitus, memory loss, and even cardiovascular disease.

It is generally believed that chronic infections and allergies are the main causes of nasal polyps. In recent years, nasal polyps have been found It may also be related to aspirin intolerance and endogenous asthma. 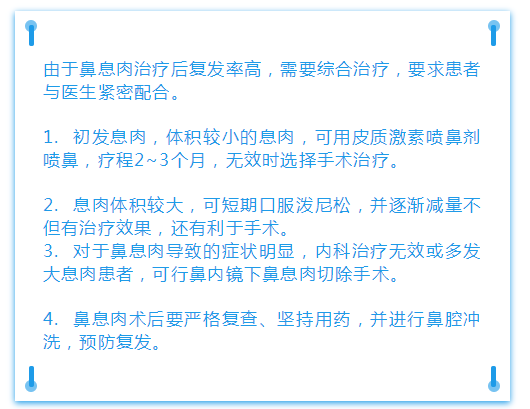 Why do vocal cord polyps grow?

I will dieResurgent ashes, you should review regularly

My vitality is extremely strong, Although you cut me off, your living habits have not changed, your internal environment has not changed, the soil suitable for my growth is still there, and I will still take root and sprout, and come back to life! So, even if you cut me off, you still have to follow the doctor’s orders and review it regularly.

I know that women need to take folic acid when they are trying to get pregnant, but what is folic acid used for? There are many folic acid products on the market, ranging from a few dollars to several hundred dollars. What is the difference? Is it an IQ tax? …Details↓↓↓