Moxibustion has always been a magical existence in the folk. You can see its various curative effects on the Internet, and even search for cases of moxibustion in the treatment of cancer. On the contrary, moxibustion may be carcinogenic… 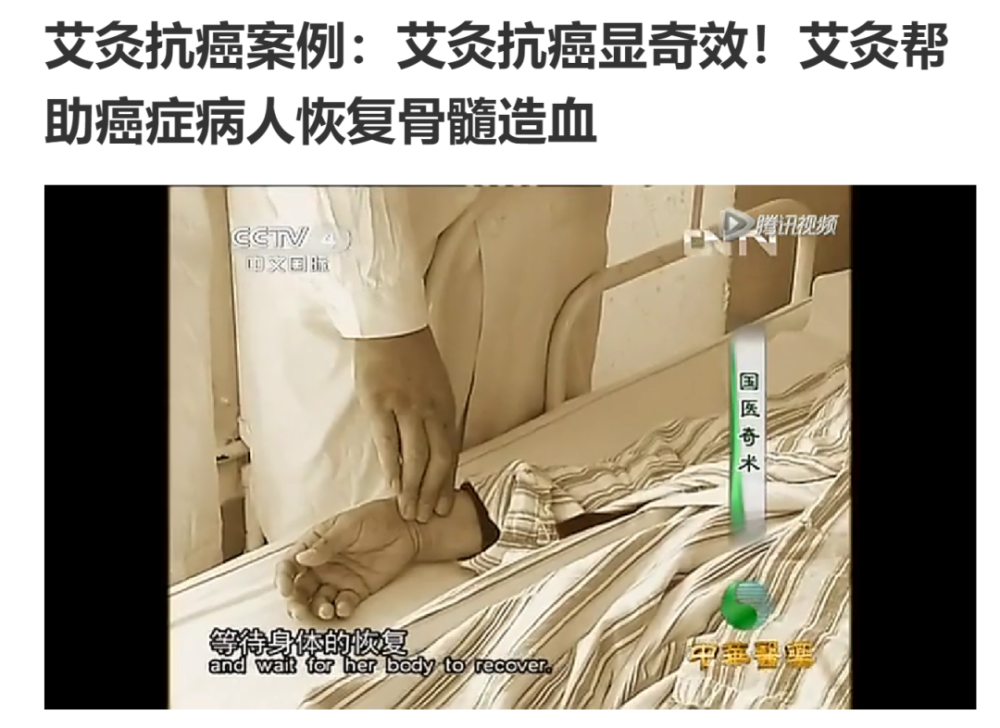 Picture from the Internet

Text | A section of ginger

There is no suspense about this: Moxibustion, like burning Buddhist incense, also produces carcinogenic chemicals, including benzene, formaldehyde, polycyclic aromatic hydrocarbons, and more. (Extended reading: Burning incense, is there a Buddhist carcinogen?)

Of course, even if the pollution in the moxibustion room is high, it is unlikely that the treatment time for each patient is relatively short (usually less than 1 hour), and the entire treatment cycle is only 10 days. I got cancer just because of moxibustion treatment. The burns that moxibustion may cause are more noteworthy.

Can lung cancer patients use moxibustion?

I searched the database and found no research on the use of moxibustion in lung cancer patients.

But some people have studied the effect of moxibustion on lung function of normal people: 80 healthy males aged 20-22 were divided into two groups, one of which received the stimulation of moxibustion on Feishu point , compared various indicators of lung function before stimulation and 10 minutes after stimulation, and found that some indicators in the moxibustion group, such as the maximum mid-expiratory flow velocity and the maximum expiratory flow rate at 25% of the vital capacity, were significantly decreased [2] .

From this experiment, it can be seen that the smoke after burning moxa can affect some lung functions in healthy people, causing the small airways of the lungs to contract, resulting in obstructive changes. Feishu Point is located on the back of the human body. It is said that this point belongs to the Lung Meridian and is mainly used for respiratory diseases.

The cancer risk of moxibustion is one thing, and the more critical question is, Is it effective?

There are various uses of moxibustion in society. For cancer patients, it is usually used to deal with leukopenia caused by chemotherapy.

Many people feel that moxibustion has a good effect on increasing white blood cells, and there are even Chinese research literature. But at a glance, professionals will find that these studies have obvious scientific flaws. For example, the most obvious is that most studies do not have a control group.

Leukopenia due to chemotherapy is itself a reversible process and usually resolves slowly without any treatment after stopping the drug. Therefore, if there is no control group, even if the white blood cells are recovered using moxibustion, it cannot be proved that it is effective.

One ​​study deserves a few more words. Some people have really done a multi-center, randomized, and controlled study, comparing moxibustion and traditional Chinese medicine, to see who has a better effect on restoring the number of white blood cells after chemotherapy? [3]

Moxibustion is carried out through ginger slices, and moxibustion is applied on several acupoints such as Dazhui, Geshu, Pishu, Weishu, Shenshu, etc. The effect achieved is that 4-6cm appears at the acupoints. The blush with a large diameter, but not to the extent of scalding and blistering, a course of treatment is 10 days; as the control group of traditional Chinese medicine, the Chinese patent medicine Shenmiao tablet and Qiangqishengbai tablet are taken orally for the same 10 days.

It looks good on the surface, but it’s actually a big problem.

What is used here for comparison is Chinese herbal medicine, not the standard hospital treatment (Shengbai Needle). Since the traditional Chinese medicine treatment itself has no clear curative effect and unknown side effects, it is not suitable for reference.

This reminds me of the scandal in the martial arts competition a while back: someone beat an ordinary Japanese student who paid for it, and then advertised that he beat a Japanese ronin! Is this game really interesting?

To prove effective, there are two true scientific controls:

Compare the moxibustion group with the control group without any treatment. In this way, the absolute effect of ginger-partitioned moxibustion can be seen;

Comparison of moxibustion group and standard treatment (shengbai needle) group. As long as the effect is similar to that of white-raising needles, it can be considered because of the price advantage of moxibustion.

Second,Even if this result is credible, it cannot be inferred that any moxibustion is effective.

It should be noted that the moxibustion in the trial is a very special one. It is performed on a few specific acupuncture points, and ginger slices are used. We don’t know if it’s because of sliced ​​ginger, or whether it’s better to have a slice of ginger or a slice of old ginger. Therefore, if you just find a moxibustion shop on the street, it may not work.

Third, Chemotherapy does not necessarily require a whitening.

Whether it is excessive medical treatment, the key is not the price, but whether it is needed or not. The cheapest treatment is overkill if not needed.

Write at the end

When a behavior, especially a way of thinking, becomes a habit, it is extremely difficult to change.

You ask a person to give up moxibustion, and he will say: The ancestral remedies may have miraculous effects!

You ask a person to give up burning incense, and he will say: Burning Buddha incense accumulates merit! Electronic incense is not worthy of being called incense.

You ask a person to give up smoking, and he will say: Quitting smoking will cause syndrome. Besides, the old man in the neighboring village smoked and drank, and he lived to ninety-nine!

You ask some people to manage the smog, and they will say: This is related to the national economy, people’s livelihood and GDP. After the smog is cleared, many people will have to be laid off!

However, nowadays, for the sake of a healthier living environment, the government has made a move to break a strong man’s wrist, and some enterprises in North China have closed down. The action of the bowl, throwing away the useless watermelon rind in your hand?

Do you find moxibustion useful? Feel free to share your views and stories!

*This article aims to popularize the science behind cancer, not to promote drugs, nor to recommend treatment options. For guidance on disease treatment plans, please go to a regular hospital for treatment.