At a time when the whole city is united to prevent and control the new crown pneumonia epidemic, the Standing Committee of the Jiancao District People’s Congress insists on political concentricity, goals, and work synchronization with the party committee. Implementing the instructions and requirements of the Municipal Party Committee and the District Party Committee on epidemic prevention and control, the deputies to the people’s congresses at all levels in the district actively responded to the initiative of the Municipal People’s Congress Standing Committee, acted upon the order, stepped forward, charged forward, defended the soil and fulfilled their responsibilities, and always adhered to the principle of “people first, With the concept of “life first”, we strive to achieve “what the people call, and I respond”, and contribute to the deputies of the National People’s Congress to resolutely curb the spread of the epidemic and win the battle for prevention and control. 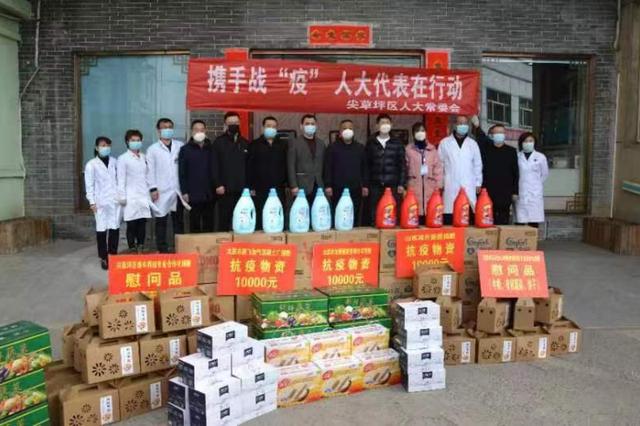 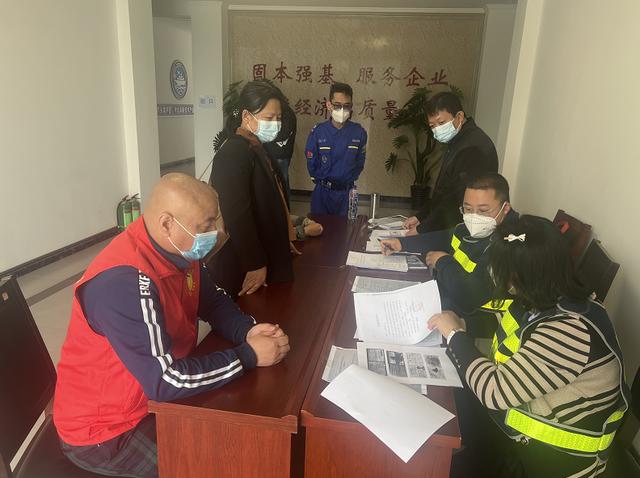 Zhang Ping, a representative of the Municipal People’s Congress, is the director of the nursing department of Taiyuan Integrated Traditional Chinese and Western Medicine Hospital and a member of the special guidance and supervision class. Since the outbreak of the epidemic in my city, she has not only adhered to her post, carried out new crown vaccination, high-speed bayonet nucleic acid collection work, but also actively participated in the training of nucleic acid collection teams in the region, the management and supervision training of the medical team in the isolation hotel, and the prevention and control of nosocomial infection in the hospital. ; She used her professional knowledge to record small videos such as home isolation work precautions and disinfection and disinfection precautions, which were adopted by the Jiancao District Epidemic Prevention and Control Headquarters and promoted to the whole district. She interpreted the dedication and dedication of the deputies to the National People’s Congress and medical workers with practical actions, and became the most staunch retrograde and guardian in the fight against the “epidemic”. 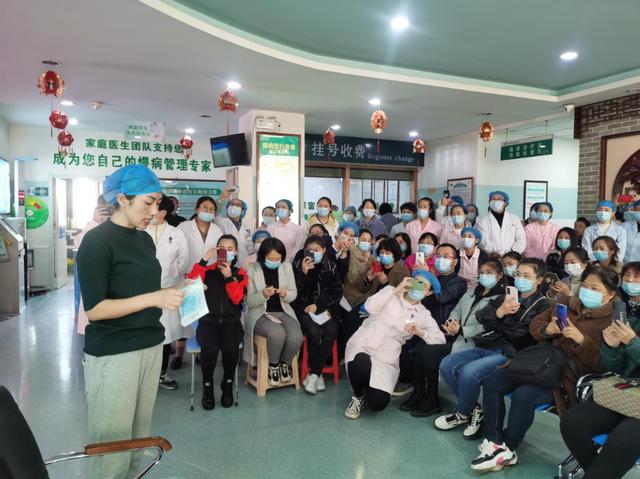 Wu Xiaodong, a representative of the Municipal People’s Congress, is the chairman of Jiuniu Animal Husbandry. He and the company increased production and organized transportation. Through the Jiancao District Civil Affairs Bureau and the Jiancao District Red Cross We donated milk, bread and other materials worth 250,000 yuan to the front-line staff in Jiancaoping District to support the anti-epidemic work. He said that as a local dairy enterprise rooted in Taiyuan and based in Shanxi, Jiuniu Animal Husbandry aims to share the same fate with the citizens of Taiyuan. All Jiuniu people must use the best quality products to supplement nutrition for the “fighters” on the front line of the fight against the epidemic. Pass the “Nine Bulls Temperature”. 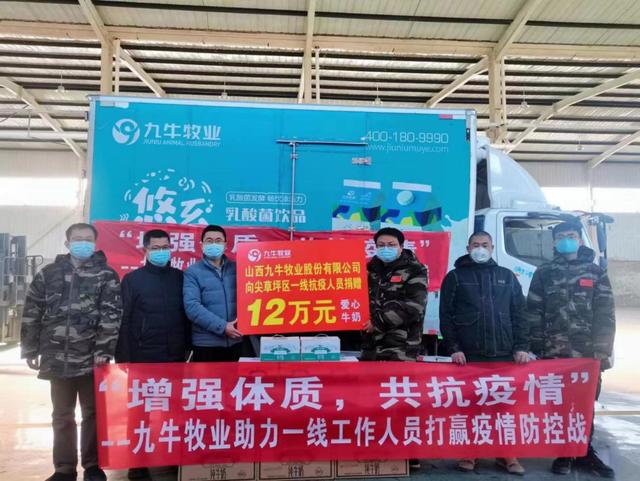 Yang Kai, representative of the Municipal People’s Congress and chairman of Shanxi Xinkaisheng Stainless Steel Products Co., Ltd., has donated more than 130,000 yuan since the outbreak; Zhang Wanqing, general manager of Tianyi Mountain Planting and Breeding Farmers Professional Cooperative in Jiancaoping District, immediately delivered lunch boxes, milk, biscuits, vegetables and other materials to medical workers, community cadres, and schools, and also donated 10,000 yuan through the Jiancao District Red Cross Society , dispatched 8 vehicles for the epidemic prevention work in Jiancao District for free, with a total price of more than 50,000 yuan; member of the Standing Committee of the Jiancao District People’s Congress, President of Jiancao District, the Entrepreneurs Association of North China High-tech Industrial Development Zone, Shanxi Shengchuang Gu Fuming, Secretary of the Party Branch of Energy Co., Ltd., donated 50,000 yuan to purchase ambulances for epidemic prevention and control. In addition, he also actively mobilized 66 member units of the Entrepreneurs Association to donate more than 1 million yuan for epidemic prevention and control to assist enterprises in the two districts in handling Vehicle passes for key material transportation, and make contributions to the company’s supply and production. On the evening of April 15th, Tian Yanqing, deputy to the district people’s congress, secretary of the Party branch and deputy general manager of the Chengxi Heating Branch of Taiyuan Heating Group Co., Ltd. When Zhijian Lawn District was urgently recruiting volunteers from the whole district to go to Qingxu to support the fight against the epidemic, he did not hesitate to express his full support to Qingxu. He immediately reported to the main leaders of Taiyuan Heating Group, and learned from the company’s heat source factory. The Taiyuan Thermal Anti-epidemic Support Team was dispatched by 14 elite generals from the Department of Health, Inspection and Quarantine and other departments. On the morning of April 16, he led the support team to report to the Jiancao District, and the team members immediately organized and rushed to receive the centralized quarantine personnel in Qingxu. It cooperates with the reception and placement of quarantined personnel, information registration, nucleic acid antigen testing, investigation and flow investigation, on-site killing, order maintenance, material distribution, etc. Up to now, the isolation and closure of the Taiyuan Thermal Anti-epidemic Support Team is located. The control point has received 83 centralized quarantine personnel from the closed and controlled areas of Qingxu County, and 14 anti-epidemic support team members are sticking to the front line of anti-epidemic work day and night. “I am a member of the Communist Party, a member of the Celebrity congress representative, as long as the party has a call and the masses need it, no matter what position I am in, I will do my best to do my best! “The simple words show Tian Yanqing’s selfless dedication and strong responsibility. 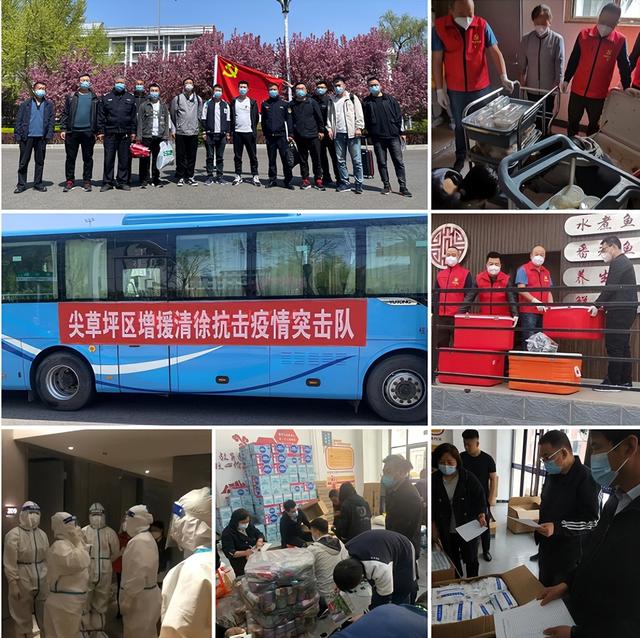