Today (10), a netizen uploaded a photo of the Su clan ancestral hall in a certain place, which recorded that Su Bingtian was the twenty-ninth generation grandson of the famous poet Su Shi in the Northern Song Dynasty. Subsequently, #Su Bingtian is a descendant of Su Shi# on Weibo in one fell swoop Hot search, some netizens suddenly realized: No wonder! After all, Su Shi is good at running: bamboo sticks and mans shoes beat horses lightly… Some netizens questioned the authenticity of the ancestral hall, saying, “I’m afraid Su Bingtian is the last person to know about this.” 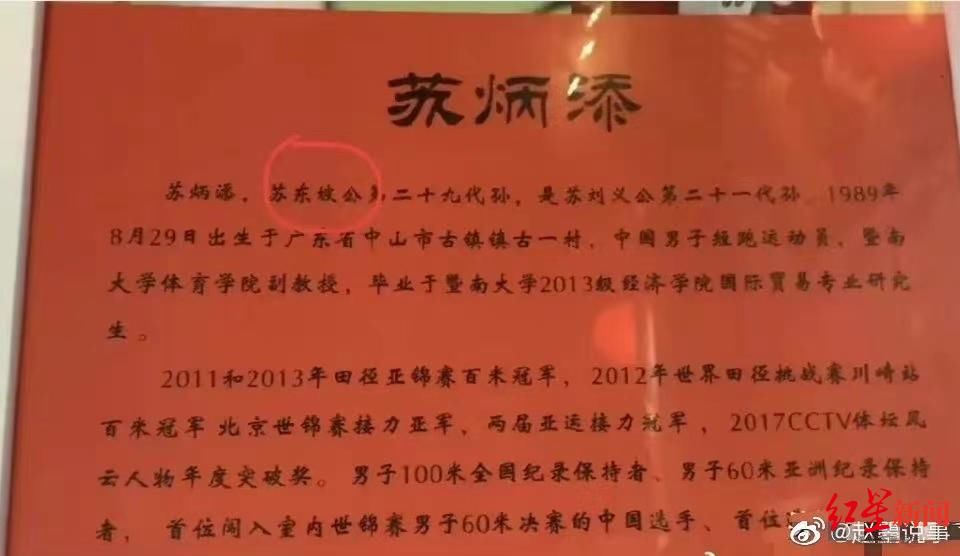 Photo of Su’s Ancestral Hall on the Internet

Red Star News Reporter Contact In Guyi Village, Zhongshan, Guangdong, where Su Bingtian’s hometown is, the staff of the village committee said that they “do not know whether Su Bingtian is a descendant of Su Shi.” 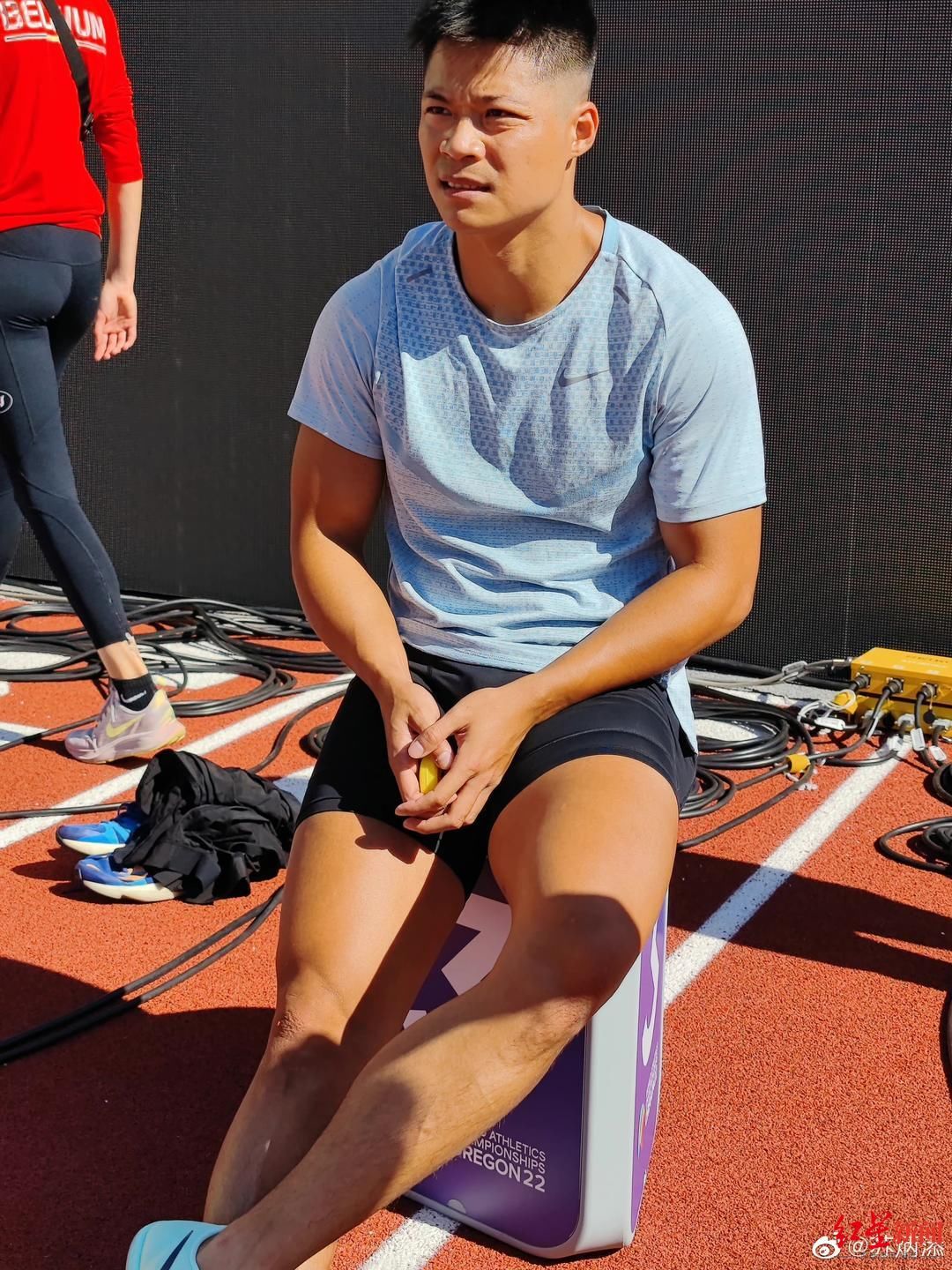 In order to verify whether the online statement is true, the Red Star News reporter immediately interviewed Zhou Yukai, president of the China Su Shi Research Society. He said that through the understanding of the society, he claimed to be Su Shi. There are many descendants and people with Su Shi’s genealogy, and there are different opinions. “I don’t know whether Su Bingtian is a descendant of Su Shi.” 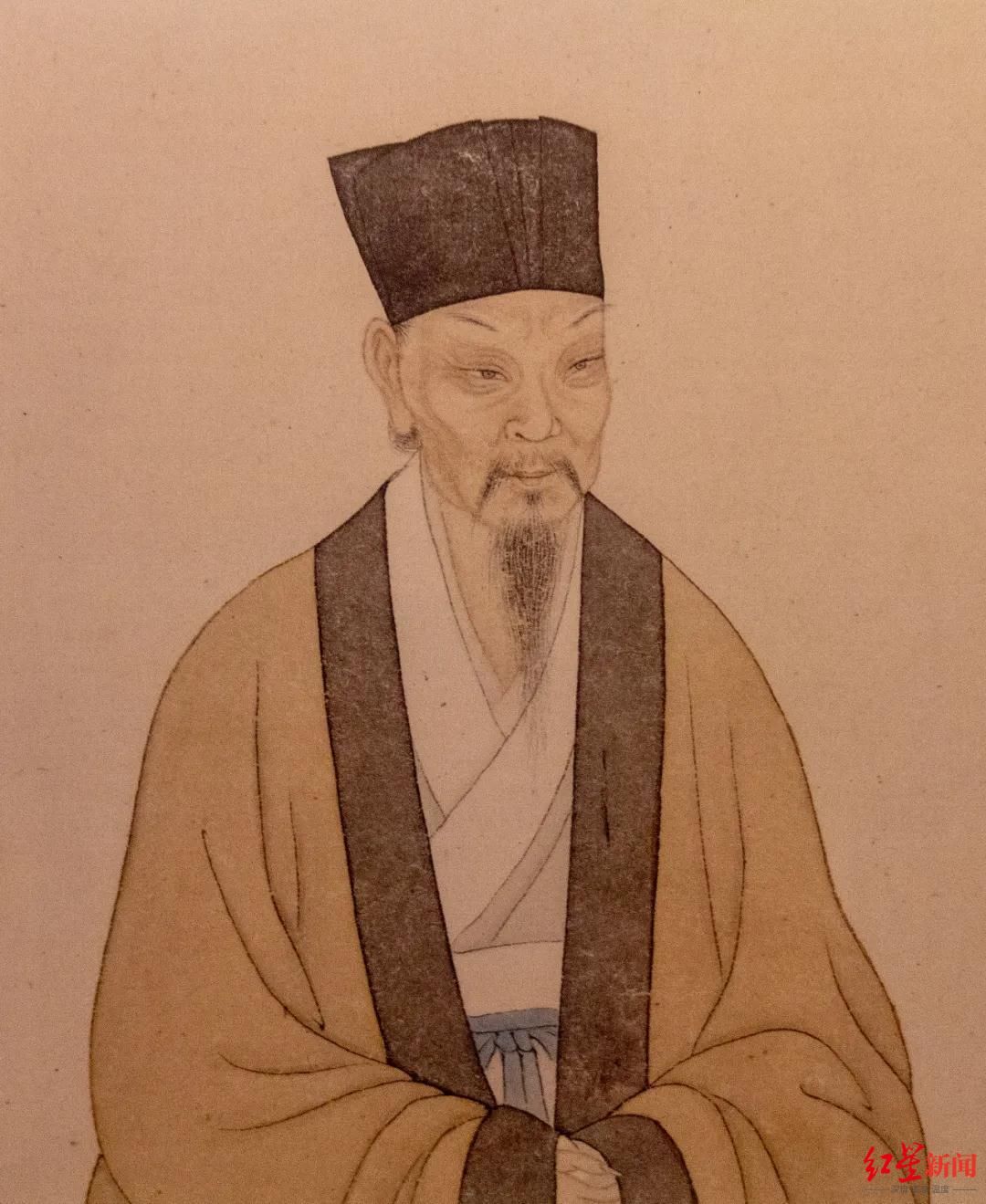 The Statue of Su Shi in the National Museum of China

So, does Su Shi have a genealogy? Liu Qingquan, Director of the Research Office of the Sansu Culture Research Institute in Meishan City, Sichuan Province and Deputy Secretary-General of the China Su Shi Research Society, said, “I don’t think so. Mentioned that he was a descendant of Su Shi.

Although in the eyes of historical researchers, national history, local chronicles and genealogy can be regarded as historical documents, but in history there are many people who left their hometowns due to fleeing, making a living, and traveling as eunuchs, which led to the interruption of records, even Su Shi. His father, Su Xun, when arranging Su’s genealogy, can only be traced back to his great ancestor. As for the ancestors before the great grandfather, Su Xun can only sigh with emotion: “Wow! It is impossible to know the details above the great grandfather.” Therefore, historians have never Genealogy alone will be used as evidence for history. The exception may be “The Family Tree of Confucius”, which lasted for more than 2,500 years and is the most reliable family tree.