I talked to my friends about how to choose soy sauce, and told everyone to look at the key indicator of amino acid nitrogen, as well as the sodium content, etc., and then combine with their own cooking Demand and price acceptance to choose soy sauce.

How to choose vinegar? The so-called “chai, rice, oil, salt, sauce and vinegar tea”, vinegar is also an important condiment that needs to be used every day? What are the key indicators of vinegar for reference?

So, today I will talk to you about how to choose vinegar.

The principle of making vinegar with grain is to first steam the grain (the microorganisms can digest it after cooking it with water), and inoculate the mixed strain /strong> (Qu), using a variety of amylases secreted by microorganisms to convert starch in food into sugar (saccharification), and then anaerobic fermentation by yeast to convert sugar into alcohol (ethanol), and then acetic acid bacteria to convert alcohol into acetic acid.

This chemical reaction process has been learned by middle school students. So in theory, making vinegar is harder than making wine, the process is longer, and the labor consumption is greater.

There are many kinds of raw materials for making vinegar

There are various raw materials for making vinegar, and each region has its own special vinegar. For example,

The north traditionally produces various small miscellaneous grains, such as sorghum, millet, buckwheat, barley, etc., which can be called the main raw materials for vinegar making, and some products also add Some starchy beans. The rich-flavored mature vinegar is a model of multigrain vinegar.

The Central Plains area has a lot of wheat, so wheat has become the main raw material for making vinegar.

Jiangnan is rich in rice, and glutinous rice and rice are mainly used to make vinegar. The soft and sweet glutinous rice balsamic vinegar belongs to this category.

Rice is cultivated in the Beijing-Tianjin area, and rice vinegar made from rice is also very popular.

In addition, starchy raw materials such as potatoes, sweet potatoes, and corn can also be used to make vinegar.

Fruit vinegar is made from fruit or dried fruit, such as apple cider vinegar, grape vinegar, persimmon vinegar, date vinegar, etc. Fruit and dried fruit are rich in sugar, which just saves the troublesome step of starch saccharification. At the same time, fruit vinegar also adds other organic acids such as citric acid, malic acid, and tartaric acid contained in the fruit itself.

There are also some vinegars that are made partially or fully with alcohol. By using low-alcohol liquor or edible alcohol as raw materials, the two steps of saccharification and alcohol fermentation are omitted, so the speed of brewing vinegar is super fast, and it can be completed in two or three days.

The vinegar produced in this way has not undergone the complex fermentation process in the early stage, and there is no “browning” caused by the Maillard reaction, so the color is very light, and the acetic acid content can be very high. White vinegar available in the market is often made directly from alcohol, or made from a small amount of rice and alcohol. So is there any “prepared vinegar” from the past? There are still some such products, but they can only be renamed as “vinegar sauce”, which is an acidic liquid compound seasoning produced by a compounding process. So, Be sure when buying vinegar whether you’re buying vinegar or some kind of sour “sauce” or “combination”.

In the process of brewing vinegar, B vitamins and minerals such as calcium, iron, and zinc in the grains can all run into the vinegar. This is because most of the B vitamins like an acidic environment, such as vitamin B1 and vitamin B2, which are substances that like acid and hate alkali. At the same time, most of the insoluble calcium, iron and zinc compounds in the grain will dissociate into ionic state in acetic acid and dissolve in vinegar solution. There are also various polyphenol antioxidants contained in grains, which also run into the vinegar solution, and remain stable in the vinegar for a long time.

Therefore, the nutritional value of vinegar is much higher than that of beverages. In particular, aged vinegar made from grains and beans is as rich in calcium, potassium, magnesium and B vitamins as milk. However, milk can be drunk in large glasses, and vinegar can only be eaten by the spoon, so the actual nutrients you get every day are not that many. Even so, the nutritional value of high-quality vinegar is enough to dwarf other condiments.

In addition to the vinegar-making ingredients mentioned above, some optional ingredients are often added to vinegar.

To make the sour taste less harsh, a small amount of sugar, syrup, or sweetener is often added to soften the flavor. Especially the balsamic vinegar that southerners love to eat, the sweetness is relatively strong, because a lot of sugar is added. Of course, vinegar is not a drink to drink in large glasses, and even if you add a little sugar, you don’t need to worry about consuming a lot of sugar.

At the same time, salt needs to be added during the brewing process, in addition to seasoning, it also has the effect of regulating the fermentation effect of microorganisms. But vinegar has much less salt than soy sauce. So there is no need to worry about excess sodium intake due to two spoonfuls of vinegar. Conversely, adding vinegar can liven up the taste of dishes with less salt and can help people happily cut down on salt.

strong>, same as soy sauce. In addition, some other seasonings that don’t have enough oil and salt are often added with these preservatives. Products with an acetic acid content of 6%, or a lot of salt added, do not need to add preservatives.

Some vinegars will be added with other flavoring ingredients to make “dumpling vinegar” with garlic, “ginger vinegar” with ginger, ginger, cooking wine And seafood seasoning “seafood vinegar” etc.

When buying vinegar, you can choose according to the following points

1 First, pay attention to what type of vinegar it is.

Every region has its own taste habits. People in Beijing and Tianjin like to dip dumplings in rice vinegar, people in Shanxi like mature vinegar, and people in the Yangtze River Delta prefer balsamic vinegar. Shaanxi has bran vinegar, Fujian has red vinegar, and there are famous products recognized by residents everywhere.

When cooking, certain dishes must be prepared with certain vinegars. The West Lake Vinegar Fish is delicious with balsamic vinegar, the hot and sour soup is delicious with mature vinegar, and the brewed white vinegar is refreshing with shredded lettuce and shredded purple cabbage. Some western food must use grape vinegar or apple cider vinegar to feel authentic and exotic. 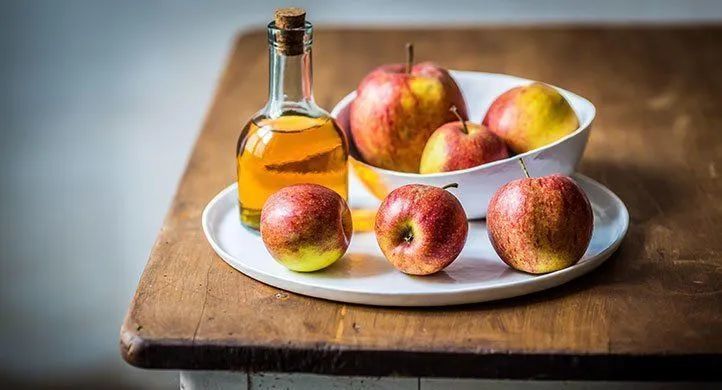 However, in terms of nutritional value, aged vinegar is insurmountable. Its calcium, iron and other minerals, B vitamins, and antioxidants are top-notch because it concentrates the micronutrients found in multigrains. Those with a milder flavor are usually lower in nutrients. However, after all, the amount of vinegar is limited, and providing nutrients is not its first function.

Vinegar is sour because it contains acetic acid, along with small amounts of other organic acids. These acids dissociate hydrogen ions, which give the tongue a sour taste. According to Chinese regulations, the total acidity of vinegar products must reach more than 3.50% before they can be sold as qualified vinegar.

In general, with the exception of white vinegar, the higher the acidity in the same product category, the better the quality, because it means the product has a higher concentration of flavor components, or has been aged .

Although vinegar is not as salty as soy sauce, and its salt content is similar to that of daily heavy-duty dishes, it also has “natural antibacterial ingredients” that inhibit the reproduction of microorganisms, which are organic acids such as acetic acid. Therefore, the higher the total acidity, the stronger the bacteriostatic ability.

3 Note whether it has been aged and how long it has aged.

After brewing the vinegar fermented grains and pouring out the vinegar juice, it can also go through a long-term aging process to slowly evaporate the water in it, and part of the pungent acetic acid is also volatilized. The various non-volatile organic acids in vinegar, as well as the sugars and amino acids in it, are constantly “concentrated”, and the resulting product is aged vinegar.

As vinegar ages, its acidity gradually increases. Once the total acidity exceeds 6%, it can be stored at room temperature for a long time without the trouble of microbial proliferation and without the need for preservatives.

The longer the age of aging, the more concentrated the umami and sweet substances in it, the less pungent acetic acid taste, the richer the composition of organic acids, and the longer the vinegar aftertaste. longer. At the same time, the trace nutrients in the vinegar are also concentrated.

Aging is not only a process that takes years and months, it is a space-consuming, labor-intensive process that keeps losing weight. Therefore, for the same type and brand of vinegar, the longer the aging time, the higher the price of the vinegar.

Generally speaking, vinegar aged for 3 to 6 years can already achieve very good edible quality, while vinegar aged for ten to several decades is quite expensive, just like aged vinegar. Like the fine wines of the year, it is out of the scope of ordinary consumers’ daily cooking.

Achieving the production specification requirements of organic food and green food and passing the relevant certification will cost a lot of money. Therefore, these certified products will be more expensive than similar products under the premise of the same aging time. Products with these certifications are more guaranteed in terms of pesticide residues and toxic element pollutants. That doesn’t mean they taste better, though. Qualified products sold in large supermarkets must meet the standards for major pollutant residues. Besides, vinegar is only a small amount of edible product, and the total amount of environmental pollutants it can bring is limited.

Some products have a “Geographical Indication” certification, indicating that it is a quality product unique to the region.

As for whether it is “zero added”, “sucrose free”, “gluten free”, etc., don’t care too much. These are all claims of the stir-fry concept and do not imply that the product is better, or tastes better.

After all, vinegar is a condiment, and under the premise of being safe, the better it tastes, the more meaningful it is to buy it. For certain concepts or to save money, buying that kind of vinegar of poor quality, or “sour seasoning liquid” that cannot even meet the standards of brewing vinegar, is to fool myself and my family. Buying a bottle of better quality vinegar won’t make anyone go bankrupt.

Director of China Association of Health Promotion and Health Education