This article is edited with 3845words, estimated reading time, 11 minutes.

“If you have diarrhea, just take Kangen Bei’s Chenyanning Tablets..…”

I believe everyone knows this ad, hahaha.

I believe that many people have had such experiences in life, diarrhea, stomach pain to cramps, or difficulty in defecation, diarrhea, etc…< /p>

In fact, these symptoms are all manifestations of intestinal inflammation, which is clinically known as Inflammatory Bowel Disease (IBD). 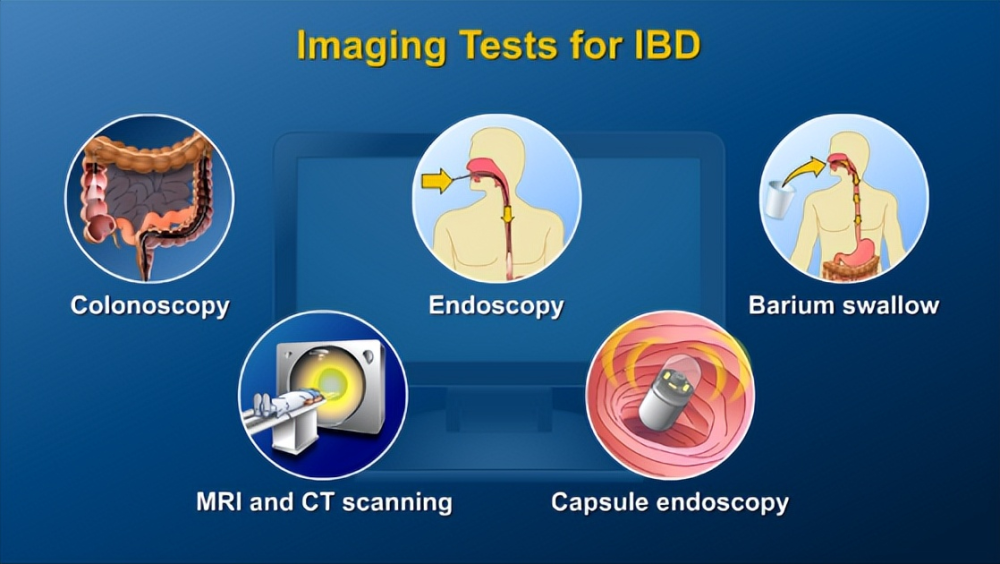 Acute intestinal inflammation can even stimulate intestinal peristalsis and contraction, which can easily lead to diarrhea.

So, in addition to the above, what are the symptoms of this disease in general? What’s the cure for it?

What is the relationship between IBD and daily eating habits? This article will tell you the answer.

Inflammatory bowel disease (IBD), is a group of inflammatory diseases of the colon and small intestine, the main types including Crohn’s disease and ulcerative colon Inflammation and so on.

Anemia is also the most commonextraintestinal complication of inflammatory bowel disease.

IBD is a complex disease generally caused by the interaction of environmental and genetic factors leading to the body’s immune response and intestinal inflammation.

For example, Gluten sensitivity (related reading: If you are not allergic to gluten, can you just eat noodles without allergies?) is very common in people with IBD ; According to related reports, the gluten sensitivity of Crohn’s disease and ulcerative colitis patients was 23.6% and 27.3%, respectively.

strong>, etc., may also be associated with an increased risk of inflammatory bowel disease and relapse.

Mice fed glucose (the sugar that causes the most severe colitis) had higher concentrations of bacteria that break down intestinal mucus, such as Akkermansia mucus and Bacteroides fragilis, correspondingly increased degradative enzymes and decreased mucus layer thickness.

Disruption of the gut mucus barrier through the gut microbiota results in promoting and worsening IBD.

→The gut microbiota is disrupted

In addition, Microbial symbiosis and immunity, alterations in the gut microbiome, may also contribute to inflammatory bowel disease, where changes in gut microbiota composition are responsible for Important environmental factors in the development of IBD. 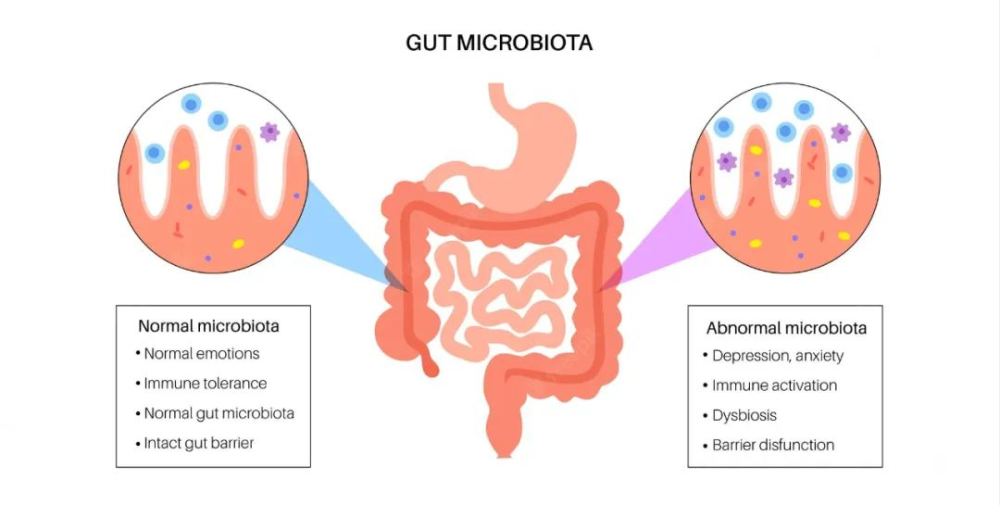 Studies found that individuals affected by IBD had a 30-50% reduction in the biodiversity of symbiotic bacteria.

In addition, some environmental factors may also lead to changes in gut bacteria, such as concentrated milk fat (a common ingredient in processed foods and sweets) or oral medications such as Antibiotics and oral iron preparations.

Furthermore, mucosal microbiota in the large intestine of IBD patients with active inflammation have been linked to pro-inflammatory changes in the host epigenome.

Oxidative stress (OS) is the result of high levels of free radicals and an imbalance of antioxidants.

Some studies have found that oxidative stress and DNA damage may play a role in the pathophysiology of IBD.

Several studies have found that mutations in genes associated with IBD (intestinal inflammation) may interfere with cellular activity and interactions with the microbiome that promote normal immune responses, resulting in IBD symptoms worsen.

→The difference between IBD and IBS

So, what’s the difference between IBD (Inflammation of the Bowel) and IBS (Irritable Bowel Syndrome)?

Both are chronic conditions that cause abdominal pain, cramping, and urgent bowel movements, and IBS is a gastrointestinal (GI) disorder. IBD is inflammation or destruction of the intestinal lining, which can lead to intestinal ulcers and strictures, and patients may have both IBD and IBS.

The treatment of IBD with intestinal inflammation

So, what are the general treatments for IBD?

Some anti-inflammatory drugs help reduce inflammation in the digestive tract, such as:

Corticosteroids: Glucocorticoids are a subclass of corticosteroids that can be used as anti-inflammatory drugs in IBD, including, for example: budesonide (Uceris) Nisone (Prednisone Intensol, Rayos) Prednisolone (Millipred, Prelone) and many more.

Some immunomodulators: These prevent the immune system from attacking the gut and causing inflammation. Including, for example: methotrexate (Otrexup, Trexall, Rasuvo) azathioprine (Azasan, Imuran) mercaptopurine (Purixan) and so on.

Also, some biologics block tumor necrosis factor (TNF). TNF is a chemical produced by the immune system that triggers inflammation. Excessive TNF in the blood is normally blocked, and in IBD patients, higher levels of TNF lead to more inflammation.

Severe IBD patients may sometimes require surgery, including, for example:

Stenosisplasty, which widens a narrowed bowel, closes or removes a fistula, removes the affected portion of the bowel – for people with Crohn’s disease, removes the entire colon and rectum – for Severe UC cases.

Many people have eased their gut inflammation through dietary changes, and in general, people who eat out are more likely to have gut Inflammation because of the bad fats and too many food additives used in restaurants outside.

Some people eat too many chili peppers, which can cause intestinal inflammation. It is recommended to reduce the intake of chili peppers.

Some people eat too much pasta ( rich in gluten), which can lead to intestinal inflammation, and it is recommended to reduce pasta.

Because modern people’s intake of omega-6 is too high, many people suffer from enteritis and diarrhea. A large number of studies have found that increasing the proportion of omega-3, Can help reduce intestinal inflammation in IBD. ↓

We all know that omega-3s have strong anti-inflammatory properties, and those who eat out a lot are advised to supplement with high-quality fish oil.

A study found that Omega-3 polyunsaturated fatty acids (omega-3FA) were associated with a reduced inflammatory response in IBD.

omega-3 and omega-6 are both polyunsaturated fats, which are lipids with two or more double bonds that we must get from food .

omega-3s can improve blood lipids and reduce conditions associated with cardiovascular disease and other inflammation.

Animal and clinical studies have shown that omega-3 has a prominent role in the treatment of intestinal inflammation. There is evidence that the mucosa of the gastrointestinal tract is highly sensitive to long-chain PUFAs such as omega-3.

Together, these results show that omega-3 fatty aciddecreases the mucosal damagecaused by 5-FU-induced mucositis.

People who often eat out and drink alcohol are prone to intestinal inflammation.

usually manifested as: frequent diarrhea, blood in the stool, stomach cramps, dirty toilet after pulling, and even sticking to toilet.

Because intestinal inflammation stimulates intestinal peristalsis and shrinks, causing food to be excreted before being fully digested and absorbed, resulting in diarrhea, diarrhea, and blood in the stool.

At the same time, people with intestinal inflammation may also be malnutrition and even difficult to gain weight, and IBD patients are prone to lack B vitamins, lipids Soluble vitamins, essential fatty acids, and key minerals like magnesium, zinc, and selenium are eliminated from the body before food is well digested.

Long-term intestinal inflammation can easily lead to colon cancer, so everyone must be careful.

Slim Dragon gives you some advice:

2. For those with intestinal inflammation, it is recommended to eat fish oil for 1-2 months, you will have a good body feeling, and you will have normal banana stools. Coming soon.