The temperature is “fever” to 37°C again

Admitted patients referred from other hospitals

She was diagnosed with ““Hyperlipidemic Pancreatitis”

During the rescue, experts filtered a lot of oil 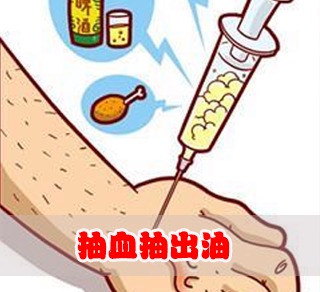 It is actually a postpartum “big tonic” and excess nutrition

Eat, it’s about your health, or even your life

34-year-old mother was sent to the hospital for rescue in confinement, one tube of blood and half tube of oil

Youyou is from Jiaxing. She and her husband got married late and had children. The couple has been busy with their respective careers, and only entered the marriage hall last year and put “parenting” on the agenda. Pregnancy, pregnancy, childbirth… Youyou, who has good economic conditions, has been “promoted” to become a mother, and the journey is quite smooth.

The only twist is that at the 37th week of pregnancy, Youyou had a caesarean section because of the lack of amniotic fluid. In order to increase the amniotic fluid before delivery, she desperately drank chicken soup, fish soup, and ate a lot. Watermelons, cucumbers, and cantaloupes have gained at least 5 pounds in the week before giving birth. 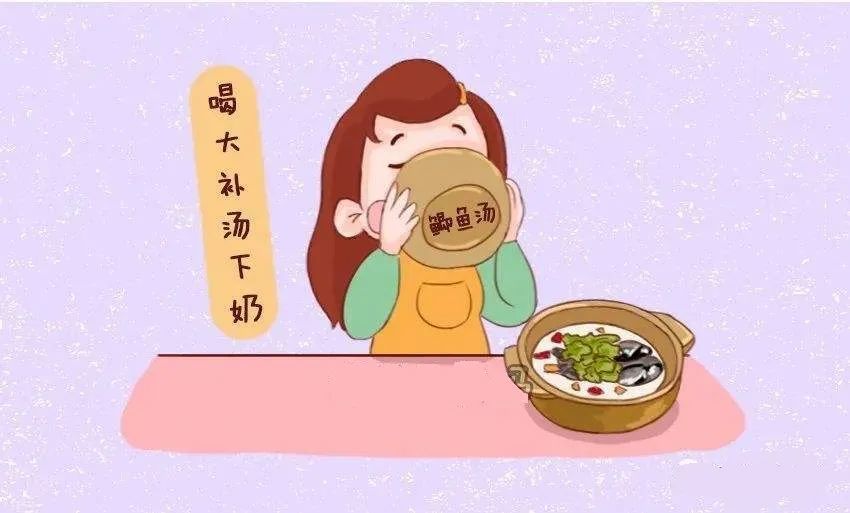 “Women who do not sit well in confinement will regret it for the rest of their lives, and they must not lose nutrition!” After giving birth, the mother-in-law felt distressed that her daughter-in-law had suffered the crime of giving birth to a baby. In order to restore Youyou’s “vigor” and ensure sufficient The milk supply for her, and she made confinement meals in a different way. Youyou eats 6 meals a day, pig trotter soup, crucian carp soup, pigeon soup, turtle soup, and never stops. During this period, she also ate various delicacies such as pig heart, pig lung, pig stomach, beef and mutton, and ate eggs fiercely. At peak, she could even eat six or seven a day. Youyou said, “I gave birth to a baby for the first time when I was in my thirties. Naturally, I wanted to give the best nutrition to my baby.”

In less than 3 weeks after giving birth, Youyou, who is 1.6 meters tall, has increased from 110 jins to 130 jins after “unloading”. Before confinement, she began to feel unbearable abdominal pain, which spread from above the navel to almost the entire abdomen, back, and waist. She was always nauseated, and even vomited several times a day until she had nothing to vomit. . 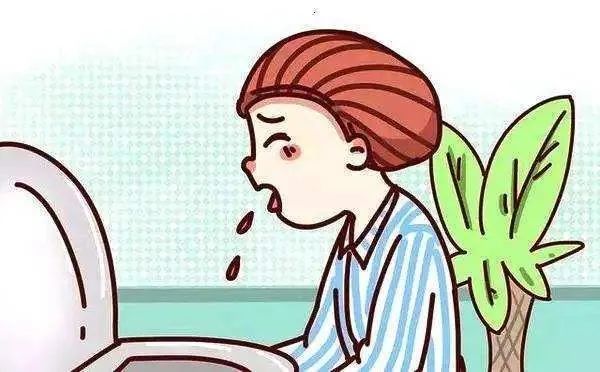 It has been in pain for almost a week, and Youyou, who couldn’t help it, went to the hospital where the baby was born, accompanied by her family. The abdominal CT examination showed that Youyou had “extensive exudation around the pancreas.” change”, the hospital advised her to urgently refer her to the emergency department of the First Hospital of Zhejiang University.

The director of the emergency department, Chief Physician Lu Yuanqiang, led the team to see Youyou. To the surprise of the medical staff at the scene, the blood drawn from the blood vessels of Youyou’s arm turned out to be half blood and half oil. . Once again, it is still half a tube of blood and half a tube of oil. The blood test results showed that Youyou’s triglyceride was as high as 70mmol/l (normal range 0~1.7mmol/l), which was nearly 70 times that of normal people. Combined with Youyou’s medical history and other examination resultsAs a result, she was finally diagnosed with acute pancreatitis caused by hyperlipidemia. 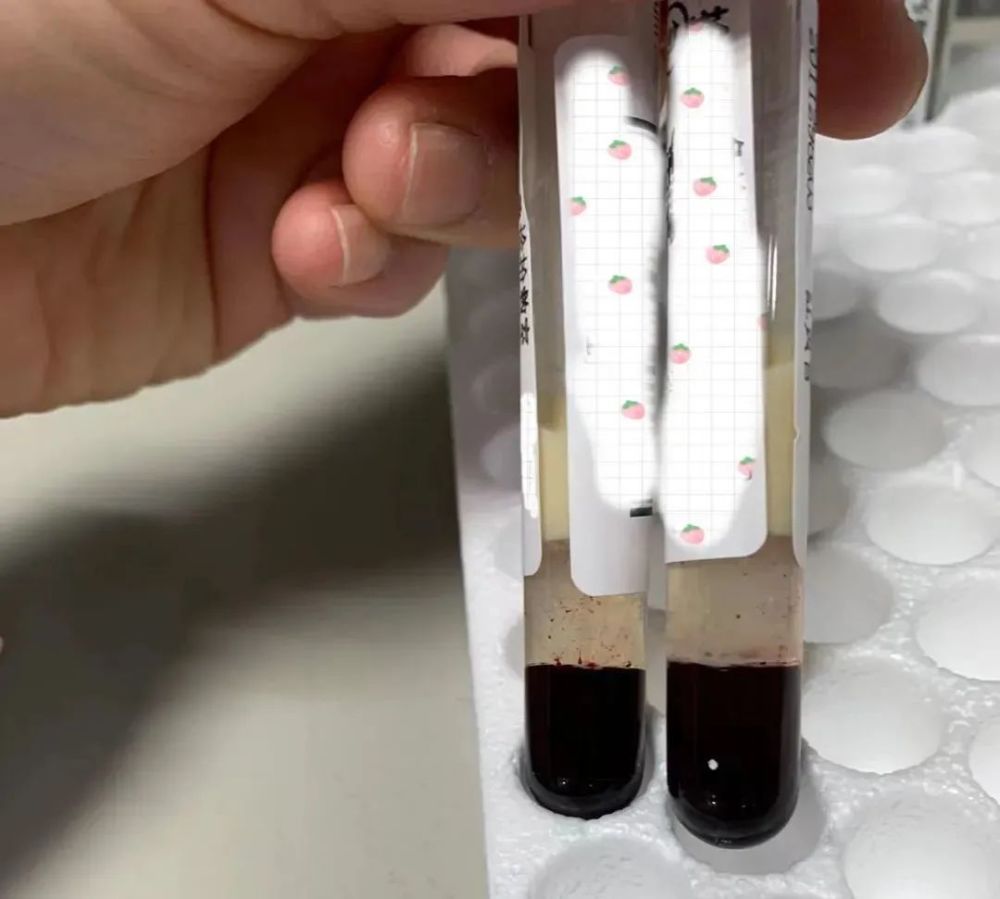 Acute pancreatitis is an inflammatory reaction caused by various causes that cause pancreatic enzymes to be activated in the pancreas, causing autodigestion, edema, hemorrhage and even necrosis of pancreatic tissue. According to the most common causes It is divided into biliary pancreatitis, alcoholic pancreatitis and hypertriglyceridemia pancreatitis, which are characterized by acute epigastric pain, nausea, vomiting, and fever. As one of the most common digestive system emergencies, it has acute onset, rapid progression, and many complications. It is easy to develop locally and involve systemic organs and systems. Severe pancreatic The fatality rate of inflammatory bowel disease can reach 15~35%.

After the emergency department experts gave Youyou fasting, antacids, indwelling gastric tube, gastrointestinal decompression, and contacting the nephrology center for blood lipid separation, her triglyceride level dropped to The condition is basically stable in single digits. Looking at the separated bag of oil, Youyou thought that because she could not breastfeed during the medication period, the baby could only be weaned temporarily, and she did something bad with good intentions. Youyou regretted it.

“During confinement, the patient ingested a lot of high-fat, high-sugar, and high-protein foods, which forced the secretion of bile and pancreas to increase, increasing the The risk of pancreatitis in Baoma. In the emergency department, acute pancreatitis is a very dangerous acute abdomen, especially severeacute pancreatitis, with high mortality, The risk of morbidity during the puerperium is even greater.” Director Lu Yuanqiang introduced that in recent years, the cases of acute pancreatitis caused by overeating and heavy drinking have also gradually increased. The number of patients with inflammation has increased significantly. “Eating and drinking” will stimulate the pancreas and liver to violently secrete pancreatic juice and bile, causing the floods of the two “rivers” of the pancreas and gallbladder to surge, causing the pressure inside to rise sharply, resulting in the occurrence of acute pancreatitis. What is the mechanism of hyperlipidemia-induced pancreatitis? Hyperlipidemia is a systemic metabolic disorder caused by various causes of elevated cholesterol, triglyceride and low-density lipoprotein levels and low high-density lipoprotein in plasma. Serum triglycerides were significantly elevated after eating a large amount of protein and fatty foods for a short period of time. On the one hand, it will promote the formation of chylomicrons and increase blood viscosity, leading to capillary embolism, causing pancreatic microcirculation disorders and pancreatic cell dysfunction; on the other hand, triglycerides accumulate in the pancreas, and activated pancreatic enzymes will decompose triglycerides. It is a large amount of free fatty acids, and the remaining free fatty acids that are not bound to albumin are highly toxic, which can easily cause damage to pancreatic acinar cells and small blood vessels, resulting in the occurrence of acute pancreatitis. As the disease progresses, hypocalcemia may also occur. Hyperemia, lactic acidosis, systemic inflammatory response, organ failure, etc.

Scientific tonic, too much

“People usually think that postpartum qi and blood are depleted and need to be supplemented. The more you eat, the better. >Scientific tonic, reasonable and balanced diet.” The obstetrics expert from the First Hospital of Zhejiang University emphasized that hyperlipidemia during pregnancy can lead to increased blood viscosity, leading to an increased risk of cardiovascular disease in pregnant women, and excessive blood lipid deposition in the placenta Blood vessel wall, placental blood flow is blocked, placental blood supply is insufficient, induced fetal ischemia, hypoxia, and even miscarriage or stillbirth, which seriously threatens the life of pregnant mothers and fetuses, and should be taken seriously. 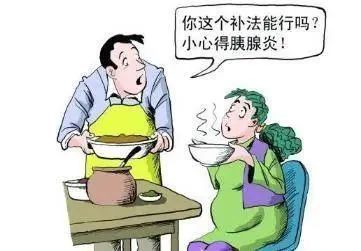 “After giving birth, the body’s secretion and metabolism levels have not fully recovered. At this time, it is feasible to appropriately increase nutrition and supplement some high-protein foods, but it is still necessary to step by step /strong>, if you just make up for it blindly and consume too much high-fat and high-protein, your body will not be able to take it all of a sudden, and it will make up for the problem.”

How can hyperlipidemia acute pancreatitis be prevented?

2. Control the intake of sugar, do not drink sweet drinks, and do not consume too much grains such as rice, noodles, and foods made of sucrose and glucose.

The normal value for a BMI is between 18.5 and 23.9, with over 24 being overweight and over 28 being obese. Obese people should lose weight appropriately, choose a suitable exercise method and maintain a good habit of exercise under the premise of physical tolerance. The irritating substances in tobacco and alcohol can promote the secretion of pancreatic juice, cause spasm of the hepatopancreatic ampullary sphincter, and induce pancreatic inflammation.

By adjusting our daily diet and living habits, we can effectively prevent the occurrence of hyperlipidemia pancreatitis. For high-risk patients, especially during pregnancy and postpartum lactation, it is necessary to regularly review blood lipids, abstain from alcohol, avoid overeating, adhere to a low-fat diet, control weight, and take lipid-lowering drugs under the guidance of a doctor if necessary to prevent pancreatitis relapse.