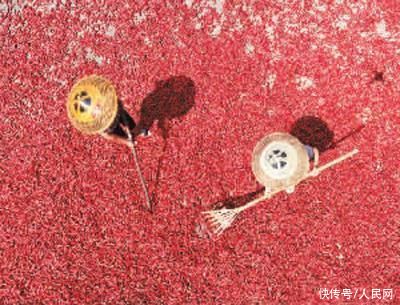 Liqiu is the first solar term in autumn and falls on August 7th or 8th in the Gregorian calendar every year. A common saying goes: “When the beginning of autumn is halfway through, the sun and the moon are like shuttles in an instant.” “Guanzi” also has the sentence “in autumn, the yin qi begins to fall, so all things are collected”. After the beginning of autumn, heat and cold alternate between heat and cold, and yin and yang turn each other. All things in nature converge with the sinking of yang, from flourishing to maturity.

“Huainanzi: Shuoshan Xun” says: “When you see a leaf fall, you know that the year will end.” This leaf refers to the leaf of the sycamore. Zhang Dai of the Ming Dynasty believed that this kind of saying originated from the ancient poem “A leaf on a phoenix tree falls, and the whole world knows autumn.” Indus is the messenger of autumn. In the Southern Song Dynasty, “Indus Announcement of Autumn” used to be a court ceremony. The Song Dynasty Wu Zimu’s “Menglianglu” records that the palace “planted with plane trees for His Highness”, and when the beginning of the autumn festival came, the Taishiguan wore a grand dress, held a chao wat, and loudly announced “Autumn is coming”. At that time, Wu Ye flew down one or two pieces in response to the sound, to express the meaning of autumn.”

Before and after the beginning of autumn, crops grow vigorously in most parts of my country. In the northern region, cotton bolls, soybean pods, corn tasseling and silking, and sweet potatoes expand rapidly. Jiangnan rice is heading one after another, and the fruits, vegetables and vegetables are also gradually ripening. As a result, farmers began to dry the harvests in the fields, commonly known as “drying autumn”. The sunbathing is not only in the beginning of autumn, it starts from the sixth day of the sixth lunar month, and gradually reaches its climax after the beginning of autumn. The “Sun Autumn Festival” is held every year in Huangling Ancient Village, Wuyuan, Jiangxi Province. Huangling is a village hanging on a cliff. Hundreds of Hui-style dwellings are distributed high and low along the mountain. Each household mostly uses the small open space in front of and behind the house or the flat roof to dry. The melons, fruits, vegetables and vegetables are spread in the round drying plaque, resting on the drying rack, extending from the mountain to the foot of the mountain, becoming a beautiful scenery.

Every year on the day of autumn, the Miao inhabited areas in Huayuan, Fenghuang, Luxi and other places in Hunan hold a grand “Autumn Festival”. This is a grand festival for the Miao people to celebrate the harvest. It is also called “catch the autumn field” and “pay the autumn”. Wherever the market is (that is, the place to go to the market), it is the “autumn field” of this year in the Miao District. . On that day, men and women, old and young, put down their chores, unloaded the burdens on their shoulders, put on colorful Miao festival costumes, and came to the autumn field from Shili Baxiang, Si Village and Wuzhai to welcome the “Qiu Gong” and “Qiu Po” who represent the harvest. “. Young men and women happily “make an autumn”, that is, swing on the “eight-person swing”. The swing is more than ten meters high and is in the shape of a spinning wheel. There are eight sets of staggered seats, each of which can seat one person. As “Send Qiu Ren” pushed hard, the swing turned faster and faster. Suddenly, “Send the Autumn Man” against the swing bar, the swing stopped abruptly, and the person who stopped at the top of the swing was punished to sing folk songs. The girl and the young man happily accepted the punishment and expressed their love to their lover with beautiful singing. Various performances of the Miao ethnic group, such as drumming, horse horns, suona, twelve-person autumn antiphons, dragon and lion dance, and martial arts, came on stage one by one, and they were enthusiastic and jubilant. On the Autumn Festival, the Miao people thank nature’s gifts with great enthusiasm and express their longing for a better life.

The beginning of autumn is on the occasion of the alternation of summer and autumn. A poetic autumn, with the cool breeze sneaking into people’s hearts.

(The author is an associate professor of Hangzhou Normal University)