As of 24:00 on August 6, the Tibet Autonomous Region recorded no new confirmed or suspected cases for 920 consecutive days, and the new crown pneumonia epidemic once again affected Tibet.

After the outbreak, reporters from Chinanews.com went to Lhasa communities, supermarkets, scenic spots, railway stations, and main transportation roads in multiple ways on the 9th to visit the epidemic prevention and control, social order, and material supply. 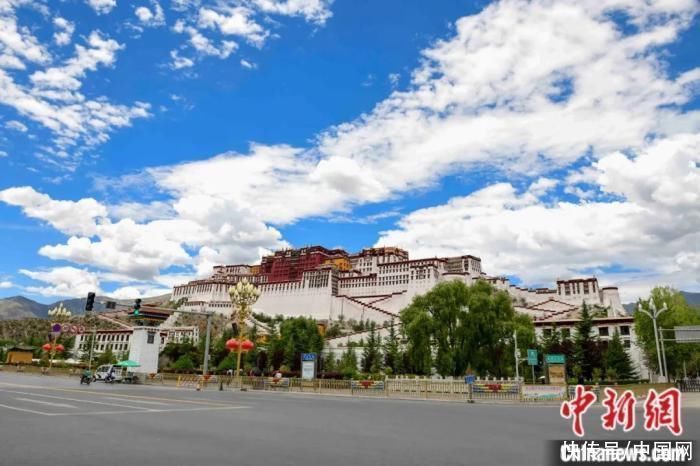 The Potala Palace Square is still open to tourists

The ancient city of Barkhor is one of the most crowded areas for tourists and people. On the same day, a reporter from Chinanews.com saw that the ancient city was still open to the outside world, but compared with before this round of the epidemic, the number of tourists and believers who changed the way was greatly reduced. Staff on duty increased the frequency of disinfection. However, in the alleys of the ancient city, many fruit shops, vegetable shops, and Tibetan clothing shops are still open for business. 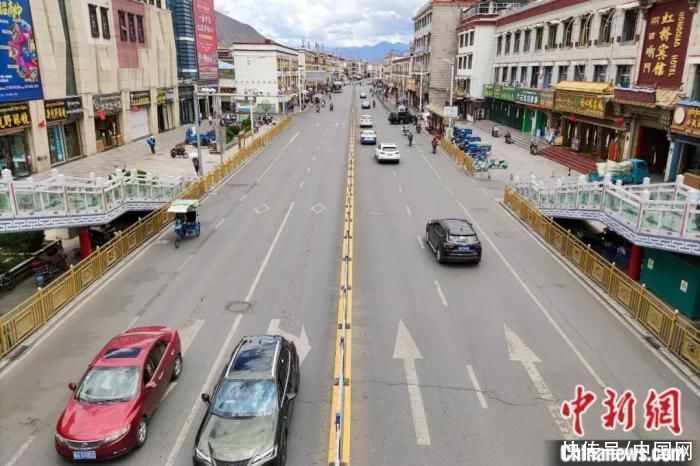 According to the requirements of epidemic prevention and control, scenic spots and temples such as the Potala Palace, Jokhang Temple, and Norbulingka are temporarily suspended from receiving tourists. In the Potala Palace, which is not far from the ancient city, a reporter from Chinanews.com noticed that some nearby tourist shops are still open for business, and the Potala Palace Square is still open to tourists. Take a group photo with the palace opposite.

In the urban area of ​​Lhasa, buses and taxis are in normal operation. 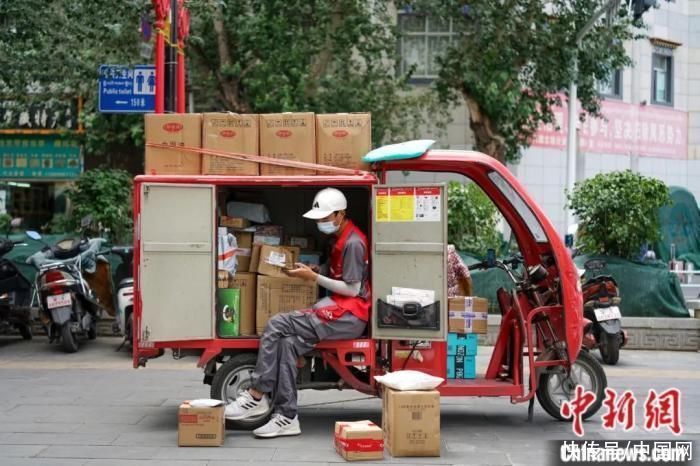 Lhasa conducts testing in an orderly manner and has reserved 4,004 beds in shelters

After the outbreak, 545 nucleic acid testing points set up in Lhasa were put into operation Use, nucleic acid detection of all staff is turned on. At 10:30 a.m. on the 9th, a reporter from Chinanews.com saw at a nucleic acid collection point in Jiamalinka Community, Liangdao Street, Chengguan District, Lhasa that citizens were queuing in an orderly interval for nucleic acid testing. Volunteers constantly came to monitor the queuing interval and reminded everyone to wear masks. After a special person assists in scanning the code for registration, the public undergoes nucleic acid testing. From queuing to the completion of the test, the whole process takes less than 20 minutes.

In the Lugu community of the ancient city of Barkhor, the reporter noticed during the nucleic acid test that the live broadcast used Tibetan and Chinese bilingual to remind everyone to queue up nucleic acid in an orderly manner. In addition, many citizens participated in the volunteer services in the community and community, guided the citizens to line up in an orderly line, and explained the precautions for nucleic acid testing in detail. It is understood that in addition to Lhasa, many places in Shannan and Shigatse have also started volunteer recruitment online and offline.

Three makeshift hospitals in Lhasa, Shigatse and Qamdo have been built in Tibet, with 4,004 reserved beds, mainly for asymptomatic infections and mild cases, and there are 7 designated hospitals in the region Rescue hospitals, mainly treat critically ill patients, patients with underlying diseases and elderly patients. 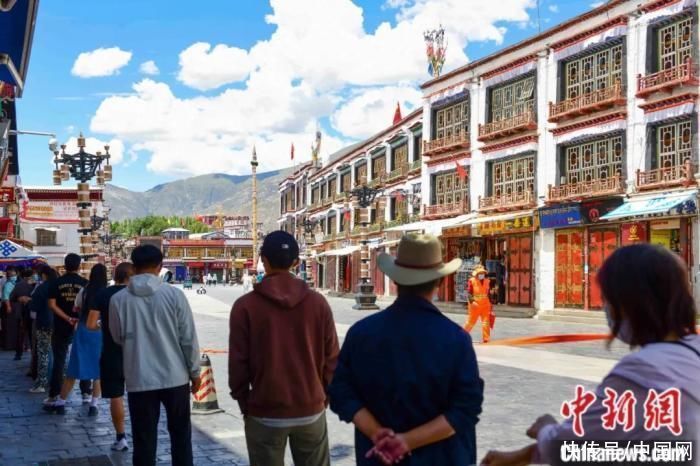 “Order of the vegetable market has returned to normal”

Vehicles transporting vegetables outside the Liuwu Farmers Market in Lhasa City Neatly parked at the entrance of the freight channel, the staff unloaded the goods in an orderly manner. Entering the market, citizens line up at the door to scan the site code, cooperate with the staff to measure their body temperature, and then enter in sequence. 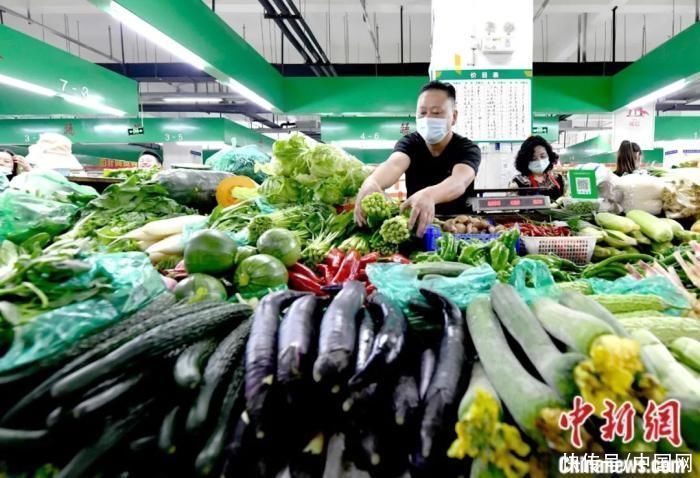 August 9, in a farmers’ market in Lhasa, an operator is placing dishes. According to the official news conference held by Lhasa City on the same day, Lhasa’s daily necessities are well stocked. Photo by reporter Li Lin

“The order of the vegetable market has returned to normal today.” Ms. Li, a vegetable merchant from Sichuan on the second floor of the market, told a reporter from Chinanews.com that on the 8th, people with unknown circumstances rushed to buy vegetables. It was too late for each stall to restock, so some people mistakenly thought that they could not buy vegetables. In fact, the supply of vegetables is sufficient, so you don’t have to be nervous at all.

In the market, reporters from Chinanews.com saw that the fruit area, vegetable area, dry goods area and other goods were filled with various stalls for the public to buy. 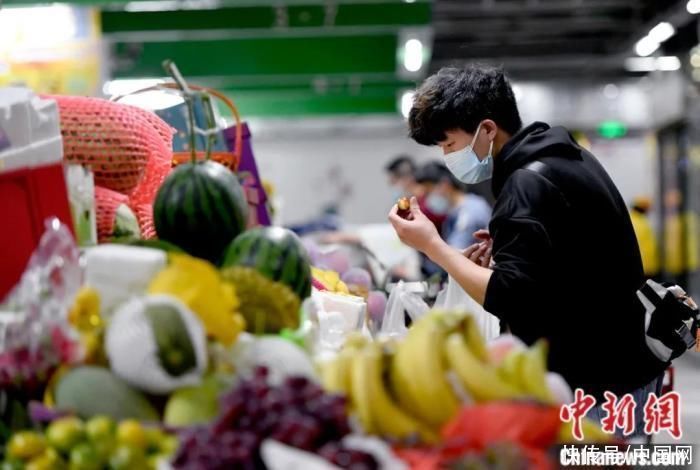 Lhasa citizens are shopping for fruit at the farmers market. Photo by reporter Li Lin

The Department of Commerce of the Tibet Autonomous Region stated in an official press conference on the 9th that according to the daily monitoring situation, key supply companies usually purchase 430 tons of meat, 15 tons of eggs, and 120 tons of fruit every day. tons and 300 tons of vegetables, which can fully meet the needs of the people in the region.

In order to ensure the supply of people’s daily necessities, the “green channel” has been opened, focusing on four forms of distribution. One is to use small programs to order; the other is to use WeChat groups to order; the third is to target the elderly who do not use online shoppingFor special groups such as these, they can order by phone, and cadres, property administrators, community workers, and volunteers can come to inquire about their needs, and help order and deliver them to their homes; fourth, they are delivered to the community for sales. Some enterprises in Lhasa have arranged through trains for living materials to deliver vegetables, meat, rice, noodles, oil, dairy products and other materials to some communities for sale. 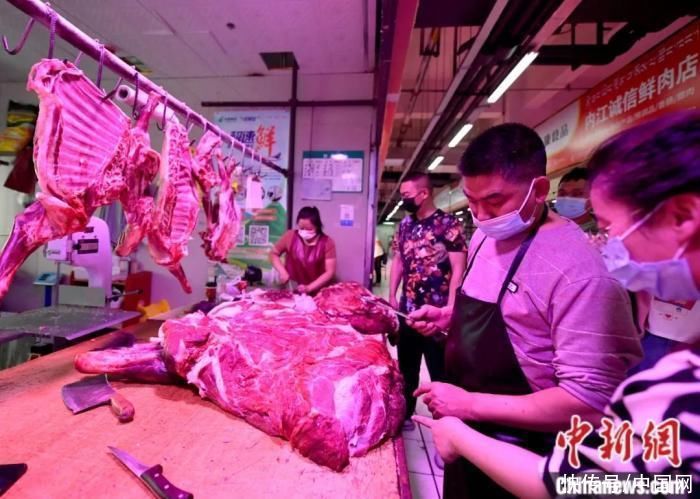 Tashi, a young man from Mangkang County, Qamdo City, told a reporter from Chinanews.com that he was a little worried when Lhasa released the epidemic information on the 8th, so he bought rice and instant noodles to prepare for emergency. But on the 9th, I found that the supermarket downstairs in the community was open normally, and the rations of tsampa were available. I also called my family in time to report safety. I hope the epidemic will be brought under control as soon as possible, and work and life will resume as normal.

August 9, Lhasa citizens were shopping for eggs in the farmers market. Photo by reporter Li Lin

On the 9th, at the security checkpoint of the Lhasa railway station, the staff carried out the rules for the passengers entering the station. The health code, ID card and temperature check that one person does not miss, additional manpower will be dispatched to assist passengers to scan the code, and the entry gate will be strictly controlled.

“Please open the ‘Zang Yitong’ and scan the code of the train station, wear a mask, and keep a distance of one meter.” The staff kept reminding passengers of epidemic prevention.

Affected by the epidemic, all trains from Lhasa to Shigatse have been suspended, and other trains are running normally. Lhasa Railway Station has added a ticket refund window, organized off-duty personnel to return to work in a timely manner to implement “double shift” operations, and extended ticket sales hours in light of the actual situation to meet passengers’ demand for refunds caused by the suspension of operations and delayed trains due to the epidemic.

Data show that on the 8th, Lhasa Railway Station transported nearly 19,000 passengers, of which 10,491 arrived. On August 9, the staff of Lhasa Railway Station guided passengers to enter the station. Photo by Li Haixing issued by China News Agency

In terms of civil aviation, at present, all inbound and outbound flights at Lhasa Gonggar Airport are scheduled to operate normally, and the airport is operating in normal order. At the same time, the airport is actively coordinating with airlines and higher-level civil aviation departments to increase flights or change the type of flights operated from small to large to meet the travel needs of passengers.

A reporter from Chinanews.com learned from the Civil Aviation Administration of Tibet Autonomous Region that according to relevant regulations, passengers must take a 48-hour nucleic acid test negative certificate on the basis of personal protection, and a “Tibet Easy Access” place. Code green code, and enter the airport terminal after the temperature test is normal.