Patient Ms. Ba (64 years old), with a history of various underlying diseases (hypertension, cerebral infarction), was diagnosed with “left hip pain and activity limitation for 4 years, which worsened for more than 1 month. “To the city hospital for hospitalization, the admission diagnosis: aseptic necrosis of the left femoral head, double congenital hip dysplasia, postoperative scoliosis, post-hysterectomy status, hypertension. After admission, the hospital instructed the patient to stop taking aspirin and other blood-activating drugs, and underwent “artificial total hip arthroplasty (left)” on the 5th day of admission.

The court of first instance held that, according to the expert opinion, the municipal hospital was at fault in providing diagnosis and treatment for patients and did not perform its full duty of care, and its fault had a certain relationship with the damage consequences of the patient’s cerebral infarction. causality, the city hospital should bear the secondary responsibility, that is, 30% of the responsibility, and the city hospital was judged to compensate the patient more than 310,000 yuan.

The doctor and the patient both disagreed and filed an appeal. The patient believes that the city hospital should compensate according to the proportion of 60%. The city hospital believes that the forensic identification center misjudged the hospital’s poor management and monitoring without considering whether the patient voluntarily insisted on staying in the office or the medical staff forcibly stayed on the basis of the superficial phenomenon of the patient resting in the doctor’s office overnight.

The court of second instance held that the city hospital had no evidence to prove that the patient stayed in the office because of his own reasons, and decided to dismiss the appeal of both parties and upheld the original judgment. 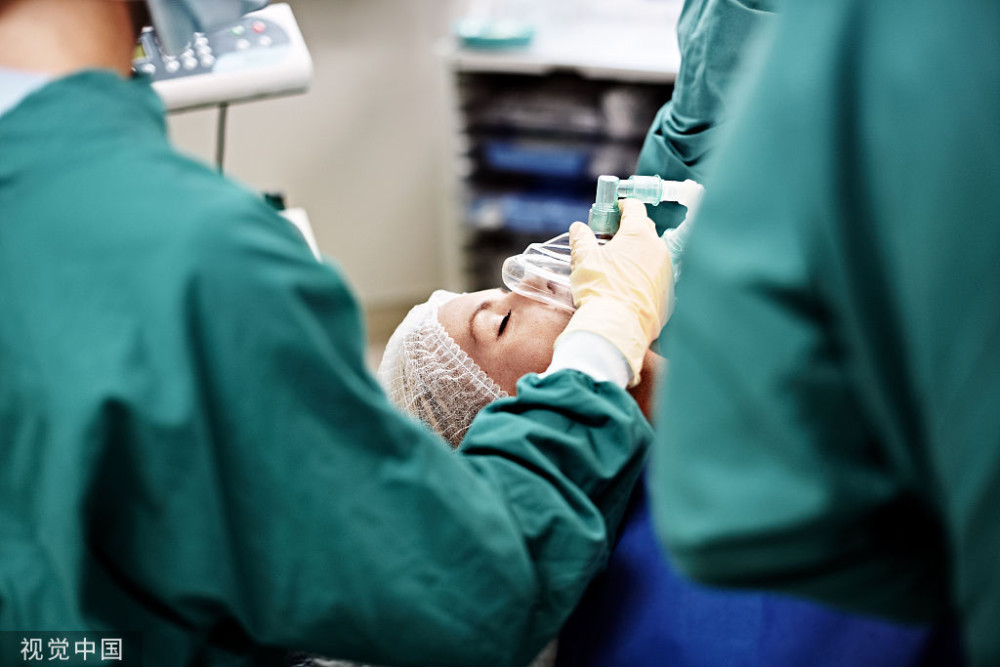 General anesthetics are inhaled through the respiratory tract, injected intravenously or intramuscularly into the body, resulting in depression of the central nervous system, clinical manifestations of unconsciousness, generalized analgesia, amnesia, reflex inhibition and skeletal muscle relaxation, called general anesthesia. General anesthesia is generally stopped before and after surgery.

There was such a question “After general anesthesia, as anesthesiologists, do you send patients?” Some doctors think that local anesthesia is not sent:

Some physicians consider all escorts:

Therefore, both local and general anesthesia patients should be personally escorted by the anesthesiologist, handed over, and followed up on time.

In this case, the patient did not return to the ward after general anesthesia, but stayed in the doctor’s office. Whether the patient voluntarily insisted on staying in the office or the medical staff arranged it, it was not conducive to the patient’s condition. monitoring and disposal. If it is the behavior of the doctor, the city hospital obviously violates the diagnosis and treatment regulations and is at fault; if it is the patient’s own reason to stay in the office, the city hospital should dissuade the patient in accordance with the medical management system and inform the patient of the relevant risks. If the patient does not listen to the dissuasion, Relevant records need to be made and reported to relevant departments, and real-time records must be recorded in the medical records. However, there is no such record in the patient’s medical record in this case, which shows that there are major flaws in the hospital’s medical quality and safety management. The city hospital was found by the court to have insufficient management of patients due to its inability to provide evidence.

Although surgery and anesthesia are over, the physiological effects of surgery and anesthesia on the patient have not been completely eliminated, the patient’s various protective reflexes have not completely disappeared, and potential dangers still exist. Medical institutions should strictly follow the core system of medical quality and safety to provide diagnosis and treatment services. Anesthesiologists will escort patients to the ward in person. If patients do not cooperate with treatment, they should make records to avoid being in a dilemma of inability to provide evidence. ” to defend against the disclaimer clause in “.

(This article is original by Medical Law Hui, adapted from real cases, and pseudonyms are used to protect the privacy of the parties)