Major rescue is the most important thing for doctors to realize the value of saving lives and wounds.

I forced my sleepy eyes, got up early, and went to Corey to check a room and change the medicine.

There are not many cars on the road in Shanghai early on the weekend. However, when we arrived at the hospital, we found that the parking lot was almost full. Several ambulances with flashing lights were parked at the door of the emergency room, and people in the emergency room were full of people.

When I came to Corey, I didn’t see my superior, Mr. Qian. Strange, wasn’t he on duty yesterday? Don’t know where it went. Regardless of him, look at the patient’s condition first.

I turned on the computer and browsed patient by patient. Before I knew it, doctors from other groups in the surrounding area came to the office one after another, preparing to go to the ward round, but I hadn’t waited for Teacher Qian.

“Isn’t it right? Where did Teacher Qian go? Wasn’t he on duty yesterday?” I asked suspiciously.

“I was on duty yesterday, this point isn’t there yet, so I won’t go to the emergency room, right?” A brother next to me said casually.

Waiting until 8:30, I couldn’t bear it anymore. I sent Teacher Qian a WeChat and asked him where he was.

“I am in the emergency room.” Teacher Qian replied with a few words.

“Do you need my help?” At this time, I didn’t realize the seriousness of the problem, and thought it was a simple rescue.

I started to feel that something was wrong because Teacher Qian was not someone who would easily ask me to help.

I rushed to the emergency room as fast as I could.

Consulting Room – No one.

Rescue Hall – No one.

“Heavy object hit, multiple rib fractures, hemopneumothorax, the tube has been let go. Look at it, the typical flail chest in the textbook, you can’t see it at all. I practice medicine Thirty years is the first time I have seen such a typical example.”

I rushed to see the patient, regardless of the fact that he had been practicing medicine for thirty years at the age of forty.

A flail chest is a condition in which multiple rib fractures in the chest result in abnormal localized movement of the chest wall. In a normal human chest, the thoracic cavity expands when inhaling, and collapses when exhaling. 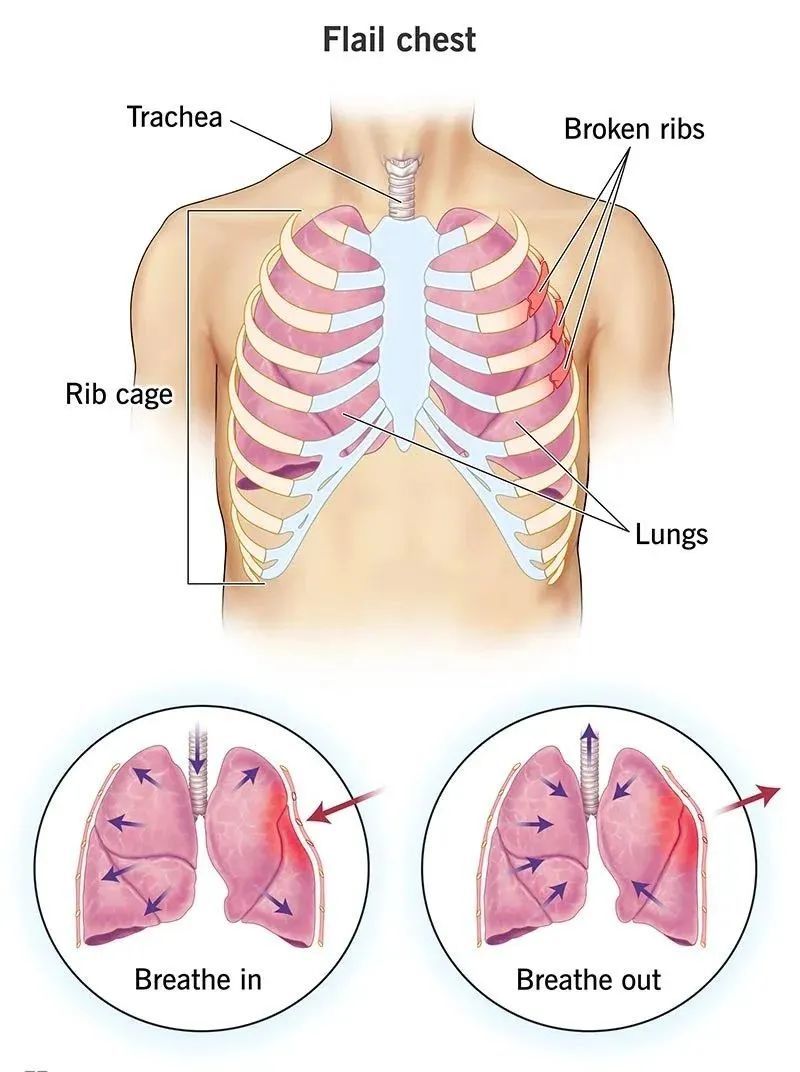 Paradoxical breathing in flail chest is very dangerous and can lead to dyspnea, respiratory failure, and even mediastinal swing and circulatory failure.

I took a close look at the patient. Typical flail chest on the left front chest! ! ! The kind that can be used as an instructional video! ! !

As expected, his oxygen saturation was only 80% under the condition of 8L/min oxygen inhalation. The patient’s face was blue and he was gasping for breath, and his chest wall was abruptly swaying back and forth, very conspicuous. The only thing to be happy about is that the blood pressure is okay, but I know it won’t last long.

“I’m going to be intubated. After intubation, I’ll send it to the intensive care unit. I’ll stabilize it first, and then I’ll see if I need surgery.”

80% oxygen saturation, the patient could be in cardiac arrest at any time. i can feelFeeling the sensation of his adrenaline being secreted, his brain instantly became awake, and he hurriedly called the anesthesiology department and asked them to intubate.

The anesthesiologist came over quickly, pinched the balloon for a long time, and the oxygen saturation was still 82%.

Brother Anesthesia had the nurse push IV anesthetic and muscle relaxants. The patient’s eyes fell into a drowsiness, and his breathing disappeared after a push of muscle relaxation.

Seconds later, an endotracheal tube was inserted into the patient’s throat.

“Hurry up and transfer!” Teacher Qian gave the order.

Running all the way, the speed of life and death, and finally sent to the intensive care unit. After lifting him onto the bed, my heart was beating fast, and my heart rate was faster than this patient’s.

The intensive care unit has already prepared beds, and the quick nurses are connected to the ventilator, ECG monitoring, and peripheral venous access.

Intensive arteries and central venous catheters were inserted by the doctors in the intensive care unit, and vasoactive drugs were given to maintain blood pressure.

“Tell your family members that you are in critical condition.” Teacher Qian said.

I kept going and found my family. The so-called “family members” were all the patient’s co-workers, wearing tattered construction site clothes and safety helmets, and looked at me at a loss.

“After 6 am, the crane on the construction site was decoupled, and the steel bar fell and hit him.”

“Wake up so early to work?”

“Hey, there’s nothing I can do to support my family.”

I looked at them. They were all in their 50s and 60s, with gray temples and hunched backs, but they were still working hard on the construction site to make a living. Next to it are the tattered shoes that the patient has taken off. 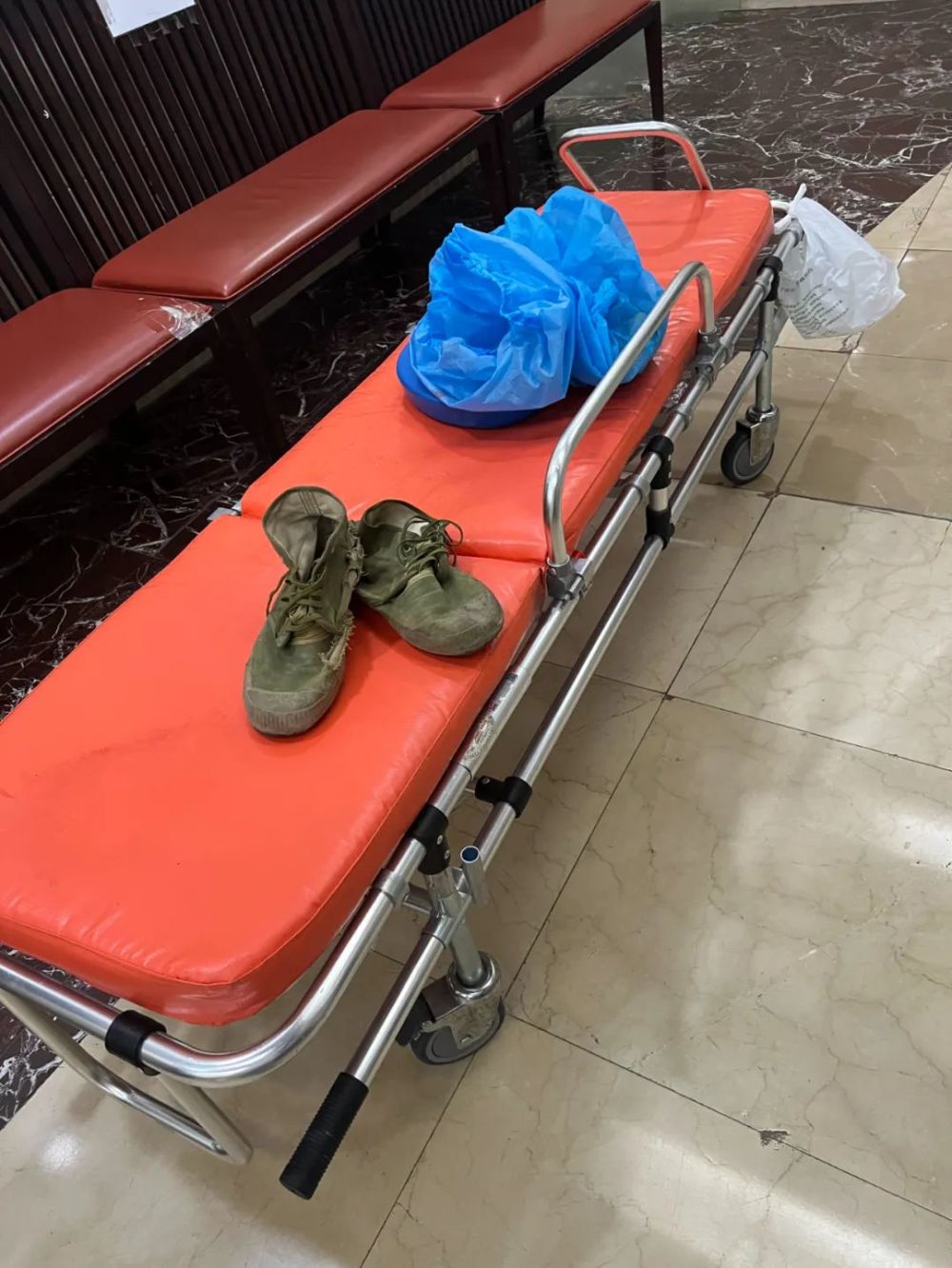 “Come on, I’m the patient’s brother-in-law.” A man stood up and signed his name crookedly with a calloused hand.

“The patient is now in the intensive care unit. It is temporarily safe, but not out of danger. We will perform surgery when the condition stabilizes later.”

Mr. Qian means that the risk of surgery is too high. After the vital signs are stabilized and the lung contusion has passed the acute stage, the chest wall fixation surgery will be performed.

After signing, we both breathed a sigh of relief. When we were upstairs, the cell phone on duty rang again.

“Come down! The patient has drawn more than 1,000 bloody fluids at once, and the blood pressure can’t stand it anymore.”

We ran downstairs and saw blood coming from the chest tube and a lot of blood in the bottle. The blood pressure couldn’t take it anymore and dropped to 60/40mmHg again. And the ventilator is on pure oxygen, and the oxygenation is only 80%.

“The patient will be gone right away,” I said.

I have never been so efficient in contacting the operating room on duty, signing conversations, preparing blood, and prescribing doctor’s orders. When the patient lay on the bed in the operating room, more than half an hour had passed.

Scratch, a 20cm cut was made on the patient’s body. Being used to minimally invasive surgery, I have never seen such a long thoracotomy.

The two-way aspirator snorted and sucked blood, and even trembled because it was sucking too much fluid. 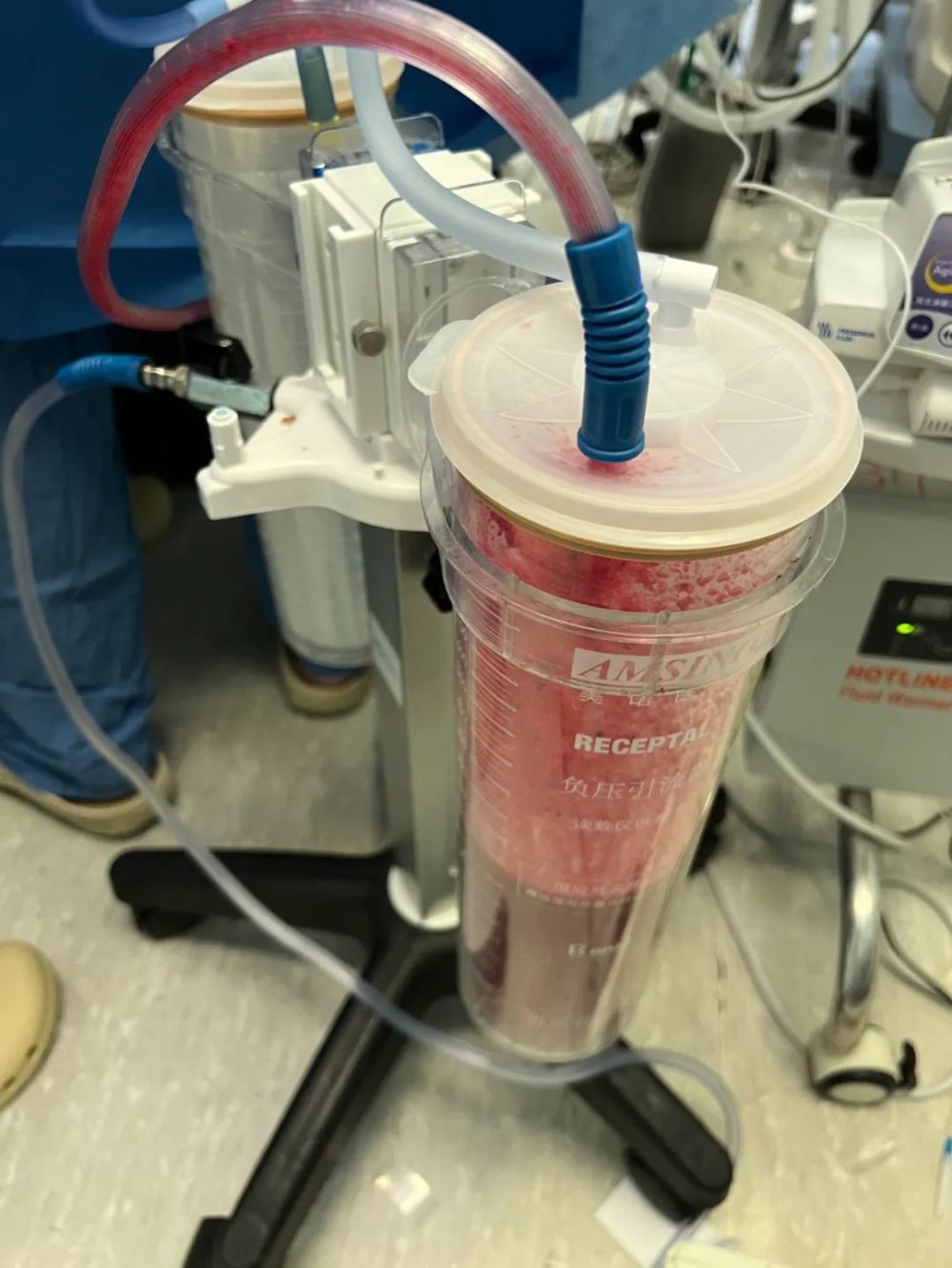 Large accumulation of blood in the aspirator

2000ml of saline rinsed the thoracic cavity. Only then did it find that the patient’s left upper lung had a 10-centimeter incision, which was very deep, and the blood vessels and trachea inside could be seen.

Everyone took a deep breath. Although the intensive care unit had previously warned that the trachea might be broken, they did not expect it to be so serious. How much force can it break the trachea? ? ? The patient was operated on, and he died. If you don’t open the knife, you will surely die.

Continuing to explore, the trachea has been ruptured from the left main bronchus to the left upper lobe bronchus. 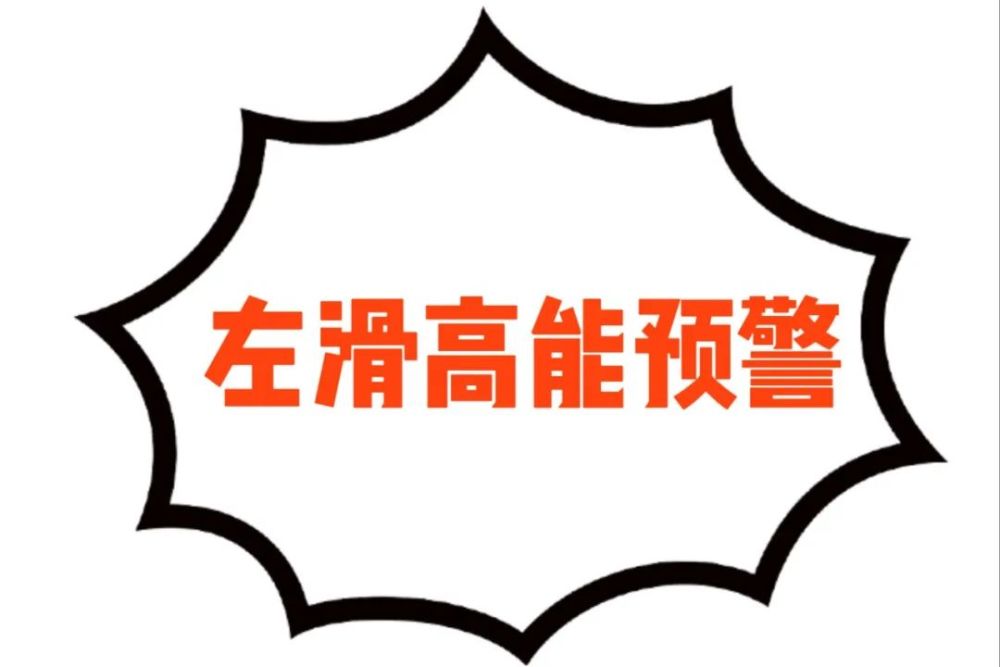 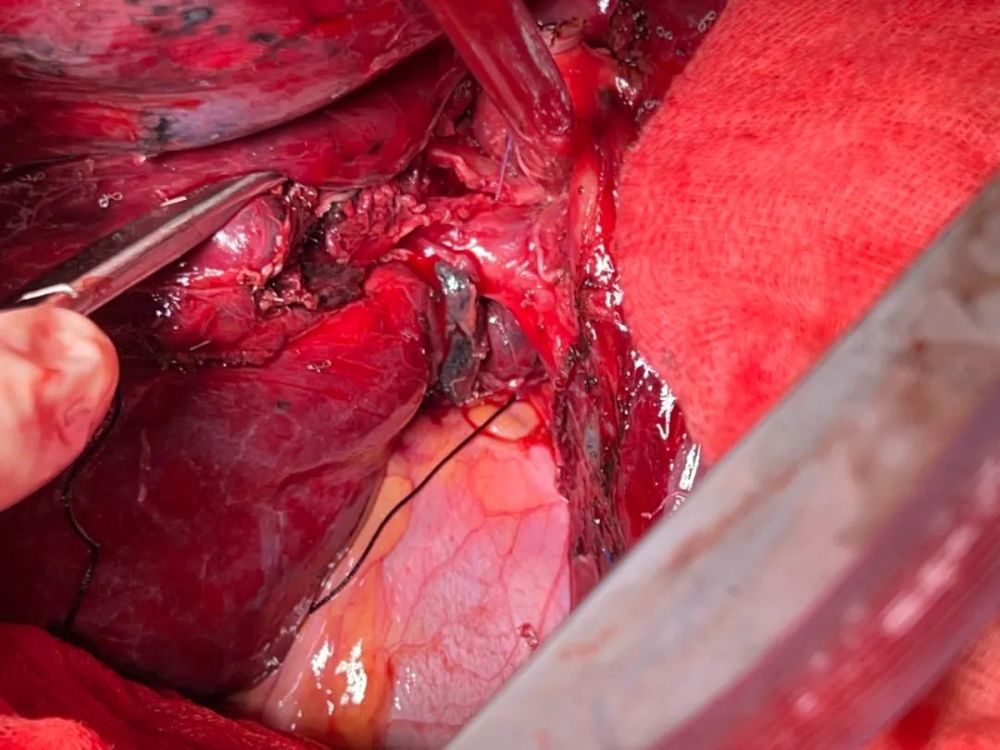 Do you see a ruptured bronchus?

“Left upper lobectomy is due.”

The next step is to be familiar with the surgeon. Together, several teachers cut off the left upper lung and repaired the left main bronchus. Removed upper left lung, what do you think it looks like?

Blow the lungs again to confirm that there is no air leakage, and carefully stop the bleeding. Everyone knows that if this person is operated again, he will definitely die.

It was 4pm by the time the patient returned to the intensive care unit. Seeing that the indicators gradually stabilized, everyone gradually breathed a sigh of relief.

Although my life is not out of danger, I have finally saved my life.

Back in Corey, I was busy on the ward for another half day, until 6pm. “Hey, didn’t I just leave today to check a room?” I smiled wryly.

One ​​thing to say, this kind of rescue really trains people and can make doctors grow rapidly. I just want to say that this kind of race against time and death to grab patients, accompanied by a surge of adrenaline, is really exciting! ! !

Major rescue is the most important thing for doctors to realize the value of saving lives and helping wounds. “A doctor who has not experienced major rescue is not enough to talk about life.”

Source: I want to amuse this stuffy world