On July 28, Liu Meng (pseudonym) happily embarked on a trip to Sanya with her 10-month-old baby and her family. She did not expect that a few days later, this would become a “special” ‘s travel.

Because of the difference of 5460 yuan, I couldn’t bear to change the ticket 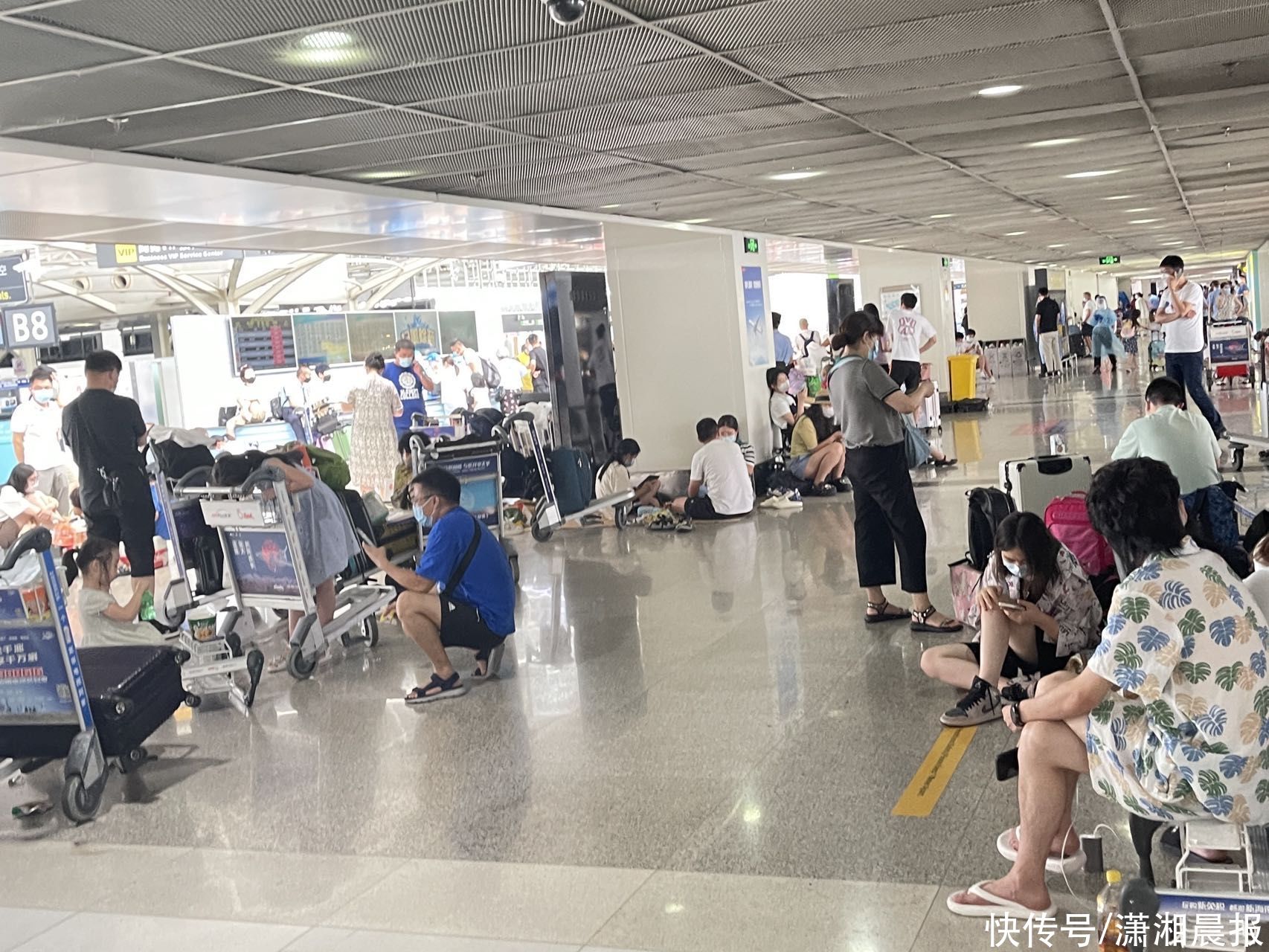 “The instant noodles we had just now, I am still worried about whether we can go back to the hotel and how to solve the problem of eating after returning to the hotel.” Around 13:00 on the 6th, Liu Meng, a teacher from Shandong, told the Xiaoxiang Morning News reporter by phone that she brought her 10-month-old child and her family to the airport to check the situation, but found that her flight at 7 o’clock in the morning had been cancelled.

From 6:00 am on the 6th, the whole city of Sanya will implement temporary global static management, urban public transportation will be suspended, and the recovery time is still uncertain.

On the 4th, Liu Meng tried to change the ticket, “We wanted to leave when we found out that there was a case, but the fee for changing the ticket was very expensive. Just the three of us, we are a total of three adults. , a ten-month-old baby, and the difference in the ticket price was more than 5,400 yuan. Because we were distressed about this money, we pushed it back to the 5th. As a result, on the 5th, the difference in nucleic acid was once, and then changed to 7. No.”

On August 6, according to media reports, the Sanya Epidemic Prevention Headquarters informed that all flights involving Sanya on the 6th were required to be cancelled. On the same day, the railway department banned the sale of the Sanya area. On the 12306 official app, tourists could not buy tickets to leave Sanya. Sanya Station, Yalong Bay Station, Phoenix Station, and Yazhou Station were only allowed in and out. The recovery time will be notified separately.

It seems that staying has become Liu Meng’s only choice, but what she will face is not only the pressure of air tickets, but also hotel room rates.

The most worrying issues are eating and living, and the question of how long to be quarantined in Sanya

Around 14:00 on the 6th, Liu Meng passed the B&B owner’s request. Help, take the homestay owner’s private car back to the homestay.

This time, Liu Meng came to Sanya to play, and chose a homestay with a price of about 370 yuan per night. Liu Meng told reporters in disappointment that at the airport, he heard that stranded tourists can continue to stay in hotels at half price, but it does not apply to the homestays they live in. The reason given by the owner of the homestays is that they are not hotels, and there is no subsidy or full price.

On the afternoon of August 6, Sanya City held a press conference, stating that a special class for order cancellation has been set up, and officially announced that the hotel will provide half-price renewal services for stranded tourists. Tourists will complete the 7-day risk investigation. After assessment, the island can be left.

In response, the reporter called the Accord Suite Resort Hotel in Yalong Bay, and Ctrip showed that the hotel’s lowest price per night was 498 yuan. Enjoy the half-price policy, the customer service staff said that they have not received the relevant notice, and they are still selling at the original price.

It seems that it is not a more economical choice to change to a high-star hotel, and Liu Meng told reporters that because of the suspension of public transportation, it is very troublesome to change the hotel. The front desk of Wyndham Hotel Sanya Dadonghai McDa, which is 8.6 kilometers away from Yalong Bay, told reporters that the current half-price renewal policy is limited to Haitang Bay and Yalong Bay area.

At 19:00, Liu Meng told reporters that she would be staying at the current homestay for the time being. She heard that the government offered free 7-day accommodation. She was trying to contact the relevant staff. She said, “We will not be able to do so tomorrow. Going to the airport, because the flight has been cancelled, we should do nucleic acid, and then we may go to solve the problem of eating, my son has no milk powder and diapers, all supermarkets tonight, including takeaway (platform) All the ones I found on the website are closed.” She smiled bitterly and said: “The most worrying issues are the issues of food and living, and how long it will be quarantined and closed in Sanya.”