An ordinary 36-year-old man, divorced, with a daughter!

Life wasn’t very kind to him, but it wasn’t over.

The man can’t speak suddenly, and he can’t move his body when he pulls the right side halfway; anyone with a little common sense knows that this is a stroke!

There is no other way, only the retired parents rushed him to the hospital, and immediately had a CT scan and found that it was a cerebral hemorrhage!

Looking at this amount of bleeding, there is a high probability that there will be sequelae in the future. I am only 36 years old, divorced, and have a daughter. What do you think of the parents and the children after this?

Some people said that he was in trouble in his birth year, so he didn’t wear red underwear. 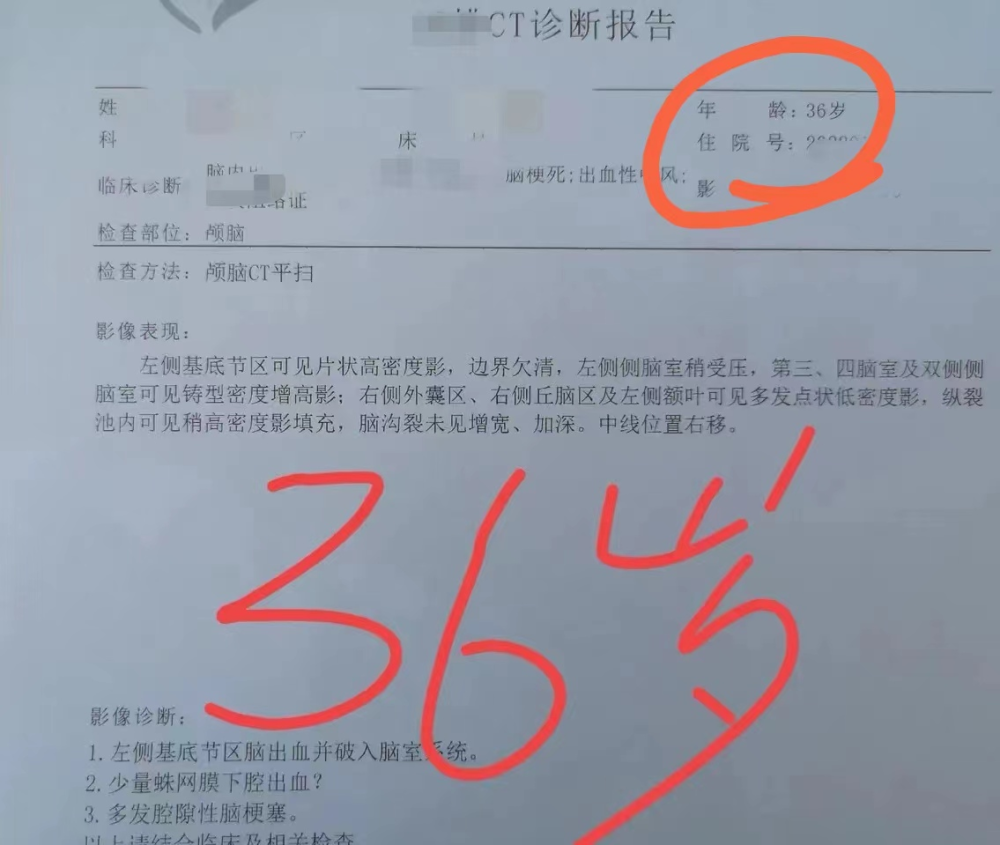 Do you know why he had a brain hemorrhage?

2 years ago, he discovered that his blood pressure was 173/122mmHg. This low pressure has caught up with our high pressure, but he was not uncomfortable and was unwilling to take medicine to control it.

As a result, he has a cerebral hemorrhage now, and there is a high probability that there will be sequelae in the future, not to mention his parents, who seem to have to support him. Not only that, you can see that his triglyceride is also 8.66, which is many times higher than the normal value.

1. Whether there is hypertension, diabetes, or hyperlipidemia, it cannot be measured by feeling or drug testing.

2. If the three highs are found, no matter whether they are uncomfortable or not, they must be actively and formally controlled and monitored for a long time.

If you don’t pay attention to the three highs, the three highs will stare at you, and maybe one day they will come to you, just like this patient, life has not treated him well, and the disease will come again endanger him.

This sentence can also be reversed: Have we treated life well? Have we paid attention to disease?

I don’t know whether to wear red underwear in this year, but I must live a healthy life and pay attention to the three highs!