Picture: Huang Tsai| Written by: He Chuqi| Editor in charge: Floating Cannon i>

Brittany Robinson is a 15-year-old student. In less than a year, she went from bulimia to diet and lost weight from 185 pounds to 97 pounds. Poor body image and a desire to be accepted by her peers are what motivates her to lose weight. Her mother, who also suffers from an eating disorder, used to frantically chew sacks of candy together without swallowing. 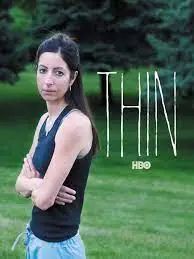 In 2012, Lady Gaga opened up about her struggle with an eating disorder. “I used to induce vomiting in high school,” she says. “I wanted to be a slim ballerina, but I was a sexy Italian girl.” Gradually, bulimia began to affect her singing. “It made my voice It got so bad that I had to stop.”

In 2020, Taylor Swift shares the anorexia she’s been hiding from the paparazzi in her Netflix documentary “Miss Americana” Candid photos taken by the team, as well as negative public comments about her body.

“I thought I was going to pass out at the end of the show or halfway through. Then I realized that eating would give me more energy so I could do all the show without feeling exhausted Now I’m happier and I don’t care if someone points out that I’ve gained weight.” She said, “Actually, I’m a size 6 not a size 0 – that’s not what my body is. It’s just that I didn’t really understand at the time. This.”

Eating disorders may seem far away, but they’re actually very close. We are not unfamiliar with the term bulimia and anorexia, and we have heard of many celebrities or models dieting to cause eating disorders. But no one around seems to have signs of eating disorders. Is this a disease of the minority?

No. According to a study published in The Lancet Psychiatry, in 2019, the total number of patients with eating disorders worldwide has reached about 55.5 million, of which up to 90% are female.

In fact, more and more people are suffering from eating disorders.

What is an eating disorder?

Eating disorders, also called eating disorders, are actually mental disorders. It is manifested as some persistent and compulsive bad eating behaviors, such as anorexia or binge eating that we often call.

Eating disorders can seriously damage physical and emotional health, and even be life-threatening—it has the highest mortality rate of any mental illness. To give you a set of data to intuitively feel its brutality: In the United States, one person dies every 52 minutes from complications of eating disorders.

The standard mortality rate for people with anorexia nervosa is 5.35, meaning they are more than five times more likely to die during their illness than people of the same age in the general population.

Patients with anorexia nervosa often experience disturbances in the perception of their own weight or body shape, such as having a normal BMI but still extremely dislike being obese. They have a strong fear of gaining weight or getting fat, and try to control their weight by starving or exercising excessively—thoughts and behaviors that are often closely associated with perfectionism and depression.

Bulimia: Eating large amounts of food in a short period of time until you feel unwell – Bullying without vomiting

People with bulimia binge eating regularly, such as consuming an abnormally large amount of food in a short period of time at least once a week, even when the body is not hungry. when. They lack a sense of control over their eating, can’t stop eating or can’t control what and how much they eat.

Doesn’t stop eating until feeling unwell, and then feels extreme shame and guilt over binge eating behavior, and even more self-loathing.

Bulimia nervosa: Losing control over how much food you eat, then making up for binge eating with excesses – Bullying to induce vomiting

Bulimia nervosa is more of a combination of anorexia and binge eating, with over-judgment of one’s weight and size, and uncontrolled, recurrent episodes of binge eating.

What causes an eating disorder?

A disordered relationship with food and emotional vulnerability are hallmarks of all eating disorders.

In addition to fueling our bodies, food also comforts the mind, driven by normal biological factors. We sometimes feel tired or anxious, and a bowl of hot noodles or a piece of sweet cake may help us temporarily soothe or numb our negative emotions.

It is also common to use diet to manage stress, and when faced with a difficult task, we may choose to eat as a distraction. Binge eating disorder is often when emotional eating is developed and out of control.

Certain personality traits increase the likelihood of developing an eating disorder, such as perfectionism, obsessive-compulsive disorder, low self-worth, and anxiety. Psychological trauma may also lead to a disorder in a person’s eating attitudes or patterns, as in many cases reporting childhood experiences of sexual abuse or bullying.

Eating disorders are also affected by sociocultural factors. The “2021 Netizen Body Anxiety Report” shows that 54.1% of netizens have body anxiety; 46.4% of netizens think they are too fat and need to lose weight; 25% of netizens weigh themselves once a day.

In the era of omni-media and consumption, the perfect body seems to be everywhere, and a less beautiful body is always equated with lack of self-discipline and failure, and weight loss seems to be a logical thing to do It is an inevitable choice for boys and girls who pursue perfection.

How are eating disorders harmful to women?

Eating disorder is a serious and potentially life-threatening condition that affects every organ in the body and has many adverse consequences, such as:

Vomiting: Wears down the esophagus and can even cause esophagus rupture, and is prone to electrolyte imbalances that can lead to irregular heart rhythms and possible death from heart failure; severe, prolonged dehydration can also Causes renal failure;

Dieting/Fasting: Interferes with normal gastric emptying and nutrient digestion, leading to gastroparesis; decreased sex hormones due to malnutrition after dieting can significantlyincrease osteoporosis Symptoms and risk of fractures, irregular periods and even absence…

In addition to these, eating disorders can also cause psychological damage, exacerbating the condition by experiencing painful emotions such as repeated guilt, self-denial, and self-loathing.

Do I have an eating disorder?

Seeing that, some sisters may start to take their seats, and gradually panic in their hearts:

“I’m in a bad mood recently, the weather is hot, I have no appetite, and I can’t eat. Am I suffering from anorexia?”

“I’m under a lot of pressure, I always want to eat a lot, and I can’t control my cravings at all. Could it be that I have bulimia?”

Don’t panic, eating disorders have diagnostic criteria, such as unusual eating behaviors at least once a week for more than three months. Of course, it is a good habit to be sensitive to your own eating patterns and physical conditions. It is best to be able to detect emotional eating tendencies and find ways to improve them.

Here are the eating disorder red flags given by the Mayo Clinic in the United States. You can use it as a self-examination checklist to check yourself for signs of eating disorders, or to take care of those around you. Does a friend have similar symptoms:

Cook alone instead of eating with family

Check your body in the mirror often

Eating a lot of sweet or fatty foods regularly

Use dietary supplements, laxatives, or herbal products to lose weight

Calluses on knuckles due to vomiting

Enamel loss due to frequent vomiting

Leave to go to the bathroom while others are eating

OneEating much more than normal during a meal or snack

Remember that an eating disorder is a mental illness that requires specialized psychotherapy, medication, and nutrition education support. If you or someone around you may have an eating disorder, actively seek professional help. With proper treatment, this disorder has a chance to heal and recover.

Finally, I hope everyone can live the way they are and not be coerced by anxiety!

I love the world.